Reason and judgement prove no match for the tsunami of mutual passion engulfing Mark Antony, one of the three joint rulers of the Roman republic, and Cleopatra, the seductive queen of Egypt. Surrendering everything to their desires, they open the floodgates to a civil conflict that will shake the very foundations of their world. 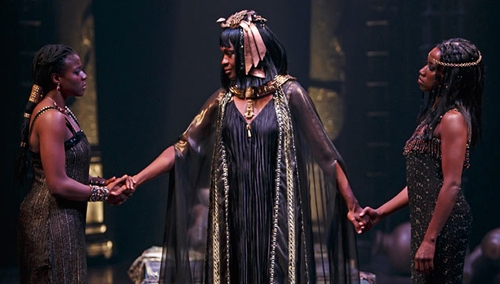 Since the assassination of Julius Caesar, the Roman republic has been ruled by the triumvirate of Octavius, Lepidus and Antony. Antony, however, has been neglecting his political and military responsibilities – and his wife in Rome – as he dallies in Alexandria with Cleopatra, queen of Egypt. After his wife dies, Antony returns to Rome to help Octavius deal with a challenge from the rebel Pompey – and also agrees to marry Octavius’s sister. But as Cleopatra’s lure proves too powerful for Antony to resist, the ancient world is engulfed in a war that will cost many lives and spell the doom of the republic itself.