“It’s a marvelous night for a moondance, with the stars up above in your eyes, a fantabulous night to make romance” … Van Morrison

Most Montrealers refer to the world’s largest jazz festival simply as The Jazz Fest and for most of us; the festival is an event that makes us proud to be Montrealers. For the ten magical days and nights; jazz, blues, rhythm & blues, world music, reggae and even rock ‘n’ roll musicians gather at the outdoor stages of Quartier des Spectacles and in the surrounding concert halls. It’s a festival that is unique for its gentle atmosphere. The organizers have a quiet, but effective security team in place to ensure that music fans can enjoy their festival experience to the fullest.

We’re going to give you some concert suggestions that include world-famous jazz musicians such as Herbie Hancock and Holly Cole; some new faces such as blue-eyed soul of St. Paul & The Broken Bones; and some of our local talent, including the very talented Jordan Officer and Ranee Lee.

Many of our readers are partial to shows at Salle Wilfrid Pelletier because it’s a lovely and elegant theatre; but also because it has excellent acoustics. All shows at this location begin at 7:30pm. British soul artist Seal open the Festival in June 28. He’ll be performing songs from his newest album called Standards, Seal’s foray into songs from the American Songbook. 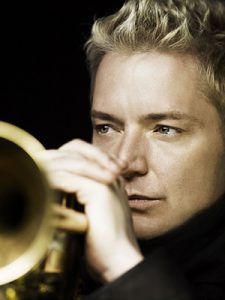 On Friday, June 29, Jann Arden reminds us that the Festival has expanded to include genres other than jazz.  On June 30, the Orchestre Métropolitain will perform the soundtracks of a selection of DreamWorks animated films, with the animations playing on the massive movie screen behind the orchestra. George Thorogood and The Destroyers will bring their rock ‘n’ roll party to the stage on July 1.

Jazz icon Herbie Hancock will take the stage on July 2 – a must-see show! Four years after dazzling Festival fans, Ben Harper and Charlie Musselwhite will return to the Place des Arts big stage on July 3. After selling out the Wilfrid Pelletier last fall, neo-classical star Ludovico Einaudi moves to the Bell Centre on July 4. Boomers will remember rock ‘n’ roll flautist Ian Anderson and his band Jethro Tull, who will be performing on July 7. Not surprisingly, this concert is being produced in conjunction with Classic Rock radio station CHOM.

Moving over to the more intimate Theatre Maisonneuve, Justin Time recording artist Cecile McLorin Salvant will be performing her unique and entertaining jazz music with the Aaron Diehl trio, proving once again that the label’s President Jim West has an ability to spot real talent. Guitar maestro Ry Cooder, ranked by Rolling Stone as one of the 10 Greatest Guitarists will perform on June 29, with his son Joachim Cooder booked as the opening act. 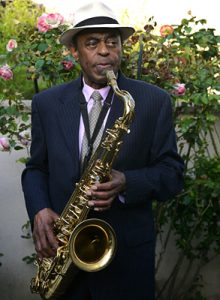 The elegant Maison Symphonique with its wonderful acoustics will welcome several personal favourites, their shows starting at 7pm. Guitarist extraordinaire Al Di Meola opens the Maison series on June 28. Jazz aficionados will enjoy sax player Archie Shepp. Trumpeter Chris Botti is on July 2 and the Preservation Hall Jazz Band on July 3. One of my favourite singers, Holly Cole will perform selections from her new album Holly on July 5.

On any given evening, the free outdoor concerts are sure to once again draw large crowds of music enthusiasts of all genres. When attending indoor shows, we arrive early and stay late to enjoy the outdoor displays of musical talent.

For a complete list of the indoor and outdoor concerts, please visit the festival web site: www.montrealjazzfest.com