Rick Mercer is practically the founder of modern Canadian political satire. One of the creators, performers, and writers of the iconic This Hour Has 22 Minutes, Rick kept the flame of healthy skepticism alive with his hugely popular show The Rick Mercer Report.

Just For Laughs is proud to announce that Rick will once again take his rightful place in the spotlight of Canadian comedy as host of The Rick Mercer Gala, a night of top class stand-up comedy you don’t want to miss!

Come and see Rick and a star studded line-up of comedians July 27 at 7:00pm at Salle Wilfrid-Pelletier at Place Des Arts. 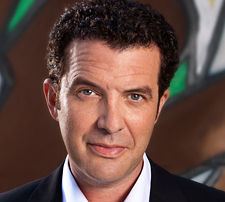 Rick began his career in comedy performing and writing in his hometown of St John’s, Newfoundland with a series of one-man stage shows. His solo show, Me the Button, debuted at the National Arts Centre in 1990 followed by a national tour.

He received nearly 30 Gemini Awards and Canadian Screen Awards for television writing and performance and, in 2015, again won the CSA for ‘Best Performance in a Variety or Sketch Comedy Program or Series.’ He is the author three best-selling books and has appeared in a number of feature films, including the Quebec hit Bon Cop, Bad Cop. 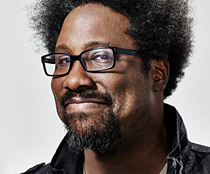 As host of the CNN docu-series United Shades of America, Kamau travels the country, offering viewers a rare yet eye-opening look inside the various subcultures of American life. The second season for United Shades of America started in April. He first captured audiences’ attention with his thought-provoking one-man show, The W. Kamau Bell Curve: Ending Racism in About an Hour, and later, with his widely praised FX comedy series, Totally Biased with W. Kamau Bell. 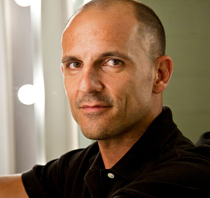 Carl Barron grew up in outback Central Queensland the son of a sheep shearer. He moved to Sydney, decided to walk on stage one night, and the rest is history. Carl’s non-threatening observational style of comedy appeals to everyone. He has touched the hearts of thousands of people around the world with his gentle, self-conscious, relaxed and original approach to comedy.

Carl has five of the top ten selling DVDs ever in Australia and his first DVD release Carl Barron Live is the country’s highest selling stand-up comedy DVD in Australian retail history.

On his last tour, Carl sold 300,000 tickets in Australia alone. Get in now to see Australia’s most popular comedian! 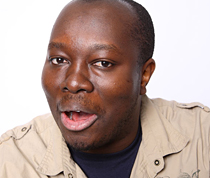 Arthur Simeon is your typical Torontonian-by-way-of-Kampala, Uganda comedian. He brings a funny, rich and authentic African viewpoint to living in North America. A gifted and enchanting storyteller, Arthur appeared in the second season of HBO’s Funny As Hell series, he is a regular on CBC Radio’s hit shows Laugh Out Loud and The Debaters and is making his fifth appearance here at Just For Laughs! Arthur was also featured on the cover of Toronto’s NOW magazine, in the Globe & Mail, The National Post and as a regular contributor to The George Stroumboulopoulos Show on CBC Television.
Also, Arthur likes banana bread and sleeping in. 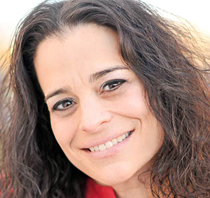 Jessica recently served as a consultant and acted in the movie The Comedian starring Robert De Niro. Her unique style and captivating stage presence captures the attention of audiences and club bookers everywhere she performs.

Her wide variety of characters brings a diverse energy to her routine. She was awarded Best Female Comic by the MAC association in New York City and recently accepted the Nightlife Award for Best Stand-up Comedian in New York City.

Her YouTube channel The Jessy K Show has more than 100 videos with a combined total of over 2.5 million views. In 2013, she launched her own podcast titled, The Jessica Kirson Podcast. 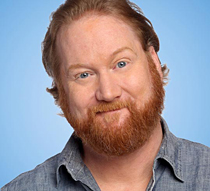 Jon Reep is a nationally touring comedian whose contemporary country point of view has won over legions of fans in comedy clubs, on tv and in film.  As a stand-up he’s built a following through his hilarious comedy specials and winning appearance on Last Comic Standing. As an actor, he just wrapped a role in Tig Notaro’s  Netflix Series One Mississippi and guest starred in an episode of Black-ish. He’s also appeared in Eastbound and Down, the feature film Into the Storm, and may be best known as “Raymus, the pot smoking farmer” from Harold and Kumar: Escape From Guantanamo Bay or as “Hemi Guy” from Dodge’s popular ad campaign. 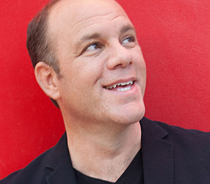 With more than 20 years as a stand-up comedian, Tom Papa is one of the top comedic voices in the country finding success in film, television and radio as well as on the live stage. Tom’s third hour-long stand-up special, Human Mule, premiered December 9, 2016 on Epix. Tom’s first two critically acclaimed hour-long specials were directed by Rob Zombie: Tom Papa: Freaked Out (2013) and Tom Papa Live in New York City (2011).

Tom is host of the hit podcast and weekly SiriusXM show, Come to Papa. Several times a year, Tom hosts a live Come To Papa scripted radio play at Largo in Los Angeles and The Village Underground in NYC, where he writes and casts top actors and comedians, all backed by a live band. Performers include Matt Damon, Sarah Silverman, Bill Burr, Joel McHale, John Mulaney, and more.

In 2015, Tom guest starred on The Jim Gaffigan Show and on Colin Quinn’s web series Cop Show. He can be seen in two episodes of The Knick, Chris Rock’s Top Five, in the HBO 11 time Emmy-winning film Behind the Candelabra, Inside Amy Schumer, The Informant, Analyze That and Comedian with Robert De Niro and opposite Paul Giamatti in Rob Zombie’s animated feature, The Haunted World of El Superbeasto. Tom appeared in and wrote for Bee Movie. Personally chosen by Jerry Seinfeld, Tom hosted the NBC series The Marriage Ref. Tom had a recurring role opposite Julia Louis-Dreyfus on The New Adventures of Old Christine and starred in his own NBC series Come to Papa.