In addition to being the economic hub of Canada, Toronto has a vibrant and thriving cultural community. Canada’s largest city is a favourite destination for people seeking top-flight entertainment for a getaway vacation that’s an easy drive, or even easier train ride to the west. Even more convenient are the frequent flights to the city’s downtown island airport, now connected to the mainland by an underground pedestrian walkway.

Thousands of Montrealers and other Canadian business people travel to Toronto, and we hope that this article will encourage those readers to get out into the city and enjoy some of the entertainment and theatre options that may be a within an easy walk of your hotel. 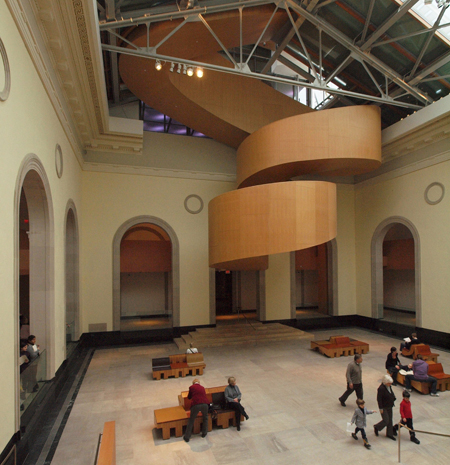 Our action-packed trip included visits to a couple of jazz clubs; The Ed Mirvish Theatre for a performance of Matilda: The Musical; The Art Gallery of Ontario (AGO); The ROM (Royal Ontario Museum for the Chihuly exhibit); an informative and humorous walking tour of the historic St. Lawrence Market/Old Town area; a tour of the Distillery District which included lunch at the charming Cluny Bistro; Ripley’s Aquarium, and even a Toronto Double Decker City Tour. Our home base was Le Germain Hotel on Mercer St. in the heart of the Theatre District. More on the hotel later in this article, but we can report that Le Germain is full-value for its 4+ star rating, and is a favourite for visiting celebrities and movie executives during the Toronto International Film Festival.

There are two events that finish in January, so we’ll begin with them. The smash hit musical Matilda ends its run on January 7 and the Chihuly Exhibit at The ROM wraps up on January 8. If you’re looking for an interesting family holiday during the Christmas and New Year’s Holiday, think about Matilda, a visit to Ripley’s Aquarium, The Hockey Hall of Fame, The ROM and if you haven’t yet visited – the CN Tower is a really unique experience that never gets old. If you have teenagers, they might be up for the EdgeWalk, whereby you put on a safety line and ‘walk’ outside around the perimeter of the tower. Those who dare are invited to stretch out their arms and lean backwards over the 116 storey drop to the ground 356 metres below.  (Note: the EdgeWalk operates seasonally)

Due in large part to the dedication and successful promotion of musical theatre by the Mirvish family, Toronto has become the third-largest centre for musicals, after London’s West End and Broadway in New York. Show runs are measured in multiple months and longer. The Royal Alexandra Theatre and the Princess of Wales Theatre are just one block apart on King St. The Ed Mirvish Theatre (Matilda until January 7th) is not far away on Victoria near Dundas, and the Panasonic Theatre is near the tony intersection of Bloor & Yonge.

The Royal Alexandra, Princess of Wales and Ed Mirvish Theatres are decorated in the grand style of opulence. Constructed in 1991, the Princess of Wales combines the best of modern technical facilities and spectator comfort with a traditionally elegant decor. The Royal Alexandra is a National Historic Monument, and was built to be the most elegant theatre in North America in 1908. The theatre itself plays a significant role for people attending a performance.

Purchased in 2008, David Mirvish re-named the beautiful Pantages Theatre to honour his late father. It’s a lovely theatre in the classical style, and this is where we saw Matilda. If you have young people in your household, Matilda is a terrific way to introduce them to live musical theatre. Even as ‘unaccompanied adults’ we thoroughly enjoyed this production of the award-winning smash Broadway hit based on Roald Dahl’s novel. After its launch on Broadway in 2012, Matilda won seven Olivier Awards, including Best New Musical – more than any in the history of musical theatre. Matilda is an exceptional 5-year-old who is a voracious reader and spellbinding story teller. The adult characters are portrayed as cartoonlike in their costumes, with the exception of Matilda’s teacher, who is sympathetic to Matilda’s intellectual gifts and unpleasant home situation. While being part of a dysfunctional family may seem ominous – her cartoon-like family is hilarious. We saw the show on a Saturday evening, and a good portion of the audience consisted of families with children and teenagers.

In its pre-Broadway run, the musical Come From Away tells the story about the people of Gander Newfoundland who took in thousands of strangers who were stranded after 38 flights were grounded following the 9/11 World Trade Center attacks. The inspirational show has earned outstanding reviews and tickets are in such great demand that standing room tickets are being sold. The show completes its run at the Royal Alexandra on January 6 and moves on to its much-anticipated opening on Broadway. Extra matinée performances have been added from December 26 to January 6 to accommodate demand for tickets during the holidays. 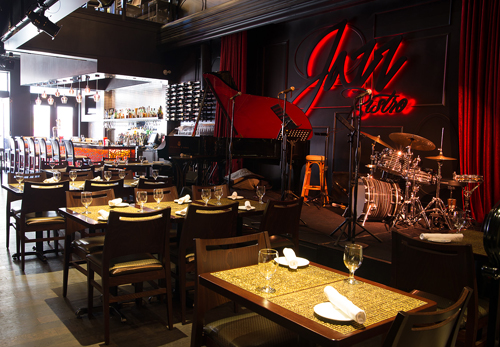 The Chihuly Exhibit at The ROM concludes on January 8. Chihuly has produced several new fantastical works since his 2014 show in Montreal. The immense galleries at The Rom give visitors enough space to gain a perspective on his work. There is a fascinating video where the artists explains how this artist/entrepreneur creates his work, and how his process has evolved from using wooden paddles to relying on centrifugal force and gravity to create his massive glass shapes.

We also visited the Wildlife Photography of the Year exhibit while at The ROM, currently on a world tour from London’s Natural History Museum. Each photo was accompanied by an explanation of how the photographer approached the task, with many photos requiring weeks and even months of waiting to capture the ‘perfect’ shot. If you have even a passing interest in photography, this exhibit is a must-see.

The ROM is Canada’s largest museum of Natural History, and it’s child-friendly. The permanent exhibitions include the dinosaur exhibit, ancient Egypt, Canada’s first peoples, and gemstones. You could easily spend the better part of a day at The ROM. There is a large and cheery cafeteria with everything from a cheeseburger and fries to healthy salads, soups and sandwiches. No need to go outside on a cold and blustery day.  We had a good lunch of flavourful soup and a Caesar salad. I should mention that there is a large desert selection, with platters and platters of cupcakes!

Now – let’s get to some music. We visited the downtown Jazz Bistro, located on Victoria, across the street to the entrance to the Ed Mirvish Theatre. The building and club was purchased by Joan and Colin Hunter, who is the founder and Chairman of Sunwing. The Hunters undertook a complete renovation, which included the opening of the second floor to create a balcony overlooking the stage. They also hired some key personnel who had worked at the club’s previous incarnation as The Senator. Chief among them was talent booker Sybil Walker, who knows and has the respect of the jazz community. Sybil is able to book top flight performers into the Jazz Bistro. Oliver Jones held forth for three consecutive sold out performances as part of his retirement farewell tour. Colin Hunter has a successful sideline career as a jazz crooner and not surprisingly, he often performs at the club with Juno Ward winning jazz pianist Joe Sealy and a quartet or big band. 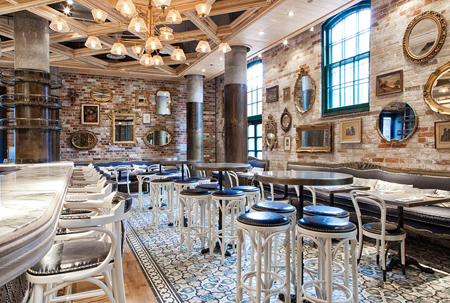 The Steve Koven Trio was launching their latest CD on the night we visited. The group has been together for 25 years, and they featured selections from their just released album.  The Jazz Bistro offers a dinner menu (available online). On the night we visited, the majority of the audience consisted of mature jazz fans who gave Steve and his musicians a warm reception.  The club is located within easy walking distance or short cab ride from many hotels.  We highly recommend an evening at Jazz Bistro, whether you’re in town for business or for a getaway.

Toronto has a thriving jazz scene with other clubs like The Drake, The Rex, Poetry Jazz Cafe, Grossman’s Tavern and many others. We also visited the Reposado Bar and Lounge on Ossington Avenue, just north of trendy Queen St. West. The club has a ‘New York’ feel, with exposed brick walls, a long bar and a small performance space in the front window for the musicians. Reposado is famous for its 80+ brands of tequila, mixed margaritas and tapas menu. I had the impression that many of the customers lived nearby and that they visited regularly. It’s cozy…we were practically in the band. While the guitarist was taking his solos, the very fine trumpet player sat next to me, and asked if we had any requests. My answer was that we were enjoying the cool jazz standards that they were playing. Reposado has a 4+rating on TripAdvisor. It’s a little too far to walk, but a just short cab ride from downtown to West Queen West.

Next month we’ll tell you more about Ripley’s Aquarium, the upcoming musicals at the Mirvish Theatres, The Distillery District and while you’re there, we highly recommend Cluny Bistro. Continuing on the subject of dining; we’ll tell you about some other places we enjoyed: The Drake 150 on York, Victor at Le Germain Hotel and the very cool FRANK restaurant at the AGO. We took an outstanding guided walking tour with Bruce Bell, and we’ll tell you about that too. And of course; our home base at Le Germain Hotel Mercer Street.

Art Gallery of Ontario (AGO) www.ago.ca