Ben Heppner has been recognized as one of the world’s greatest tenors and has performed in most of the great opera houses, including the New York Metropolitan Opera, Milan’s La Scala and London’s Covent Garden. Even after cutting back his performance schedule, he travelled for seven months of the year. Raised on a farm in Dawson Creek, Ben’s musical journey is a story of determination and raw talent. Ben and his wife Karen started the first three years their married life together in Montreal, and he is returning to co-host the 35th annual CBC Sing-In with Debra Arbec on Sunday, December 7 at The Church of St. Andrew and St. Paul.

During a recent conversation, Ben told me about his early musical life, and how after nearly a decade of study and “kind of making a living” as a singer; he became an “overnight success” in the world of opera. Last spring, at 57, he retired from his opera career and brings his wealth of knowledge to CBC’s Saturday Afternoon at The Opera and Backstage With Ben Heppner immediately after.

“My parents loved to sing, and the whole family would sing. We probably made pests of ourselves – but we enjoyed it. I was drawn to singing like a moth to a flame – I couldn’t stay away from it. However, I didn’t think I could make a living as a singer – so I decided that I’d be better off making my living as a music teacher.”

“I was short one credit for my degree, and I came to Montreal in 1978, and lived in an apartment on Fort. I entered a CBC Talent competition in 1979, and won. I finally realized that I could make a living as a singer.”

“Karen and I got married and we moved to NDG. She gave piano lessons, and I sang with the Tudor Singers, with the choir at The Church of St. Andrew and St. Paul and the Temple Emanu-El-Beth Sholom. Between us we cobbled together a kind of living – enough to pay the rent.”

Ben is passionate about Quebec’s place in Canada. “We lived through the 1980 referendum. I just can’t imagine Canada without Quebec – the French language and culture is such an important part of our national identity.”

Ben was told that in order to advance his career, he’d have to move to Toronto. “I enrolled in opera school and began to get jobs; partly because there was a shortage of tenors. Karen and I were Music Directors at a church, and she continued to build up her piano studio. I wasn’t doing as much singing as I wanted. I felt that I was in a desert. Looking back – it was a period in my life where I developed my strength of character.”

Ben entered the New York Metropolitan Opera competition in 1988. “There were a series of qualifying competitions, and in order to advance – I had to come first in my home city of Toronto.” It was a one-shot win or go home scenario. Ben won, and then continued to win in two other US cities before qualifying for the Metropolitan Opera finals. “I walked in to see Renee Fleming and Susan Graham waiting – and everyone expected them to win. Nobody expected this rumpled looking guy from Toronto to go past them.” However, he did win the competition, and also won the Birgit Nilsson Prize. “It’s significant in that the Nilsson Prize means that you’re the winner of the winners. The $5,000 prize money almost paid for my expenses to enter and travel to participate in the competitions.” 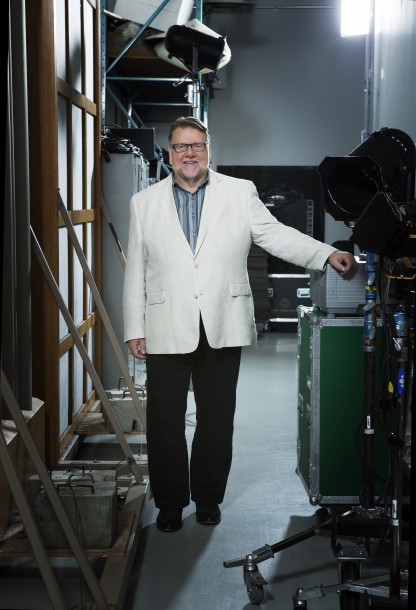 Ben Heppner, one of the greatest tenors, has entered a new phase of his life as host of Saturday Afternoon at the Opera

The competition win introduced the somewhat self-effacing Ben Heppner to the operatic world as a gifted tenor. He admits that the acting component of his roles was somewhat wooden.” My acting skills were pretty much non-existent – my singing pulled me through.”

After moving to Toronto in 1981 to seriously pursue his operatic career; and seven years later winning the Metropolitan Opera competition in 1988 – Ben Heppner was an overnight success. “I was looking for an agent that I could work with for a long time, and William Guerry has been representing me for 26 years. My first gig was in Chicago, then Philadelphia and then I went to Sweden to perform Lohengrin. By then, there was a kind of buzz about me in the opera world. But I tried to keep the ‘aw shucks’ demeanor.”

“While I was in Sweden, I got a call from La Scala in Milan, inviting me to audition for them. I then went on to perform in Munich, Covent Garden, New York’s Metropolitan Opera, even in Australia.” It was a long way from the farm in Dawson Creek. But the common sense of life on the farm and a deep-seated Christian faith kept Ben grounded.

After years of almost constant travel, Ben came to the decision in 1996 to cut back on his performances to reduce his time away from Karen and their three children. “I was thinking about a question Karen had asked, ‘How many more years of being away will there be?’. It wasn’t asked in anger; she just wanted me to think about it. I had dropped off one of our sons at his music lesson, and sitting in our van like any other suburban father; I came up with a figure.”

“My friends thought I was committing careeracide; that I was going to seriously hurt my career. But interestingly, by reducing the supply of my available performance dates; the demand for those dates went up.” Even though Ben reduced his performances – he was still on the road seven months a year. Hardly what you’d call a stay-at-home dad.

At 57, Ben Heppner decided to retire from his career that had established him as one of the world’s leading tenors, whose voice could fill opera houses and captivate audiences the world over. His recordings with the world’s greatest orchestras have won awards, he has received numerous Honorary Doctorates, performed at the Olympic Games in Torino and Vancouver; and was awarded the Order of Canada in 1999, and promoted to Officer in 2002 and Companion in 2008.

In answer to my question if retirement was a difficult decision, Ben replied; “It came more as a relief. I had been contemplating retirement for about five years. No matter how often you sing, you’ve got to keep it up all the time if you’re going to be good at it. I was finding that to be difficult. I had begun to experience a little unreliability in my voice – so I decided it was time.”

Ben has signed on for a role in the upcoming Mirvish production of Titanic. Following an interview with David Mirvish, I asked him about the possibility of a cameo role in an upcoming production. He came back quickly with a role that would have taken me from Toronto to New York and then Los Angeles. I’d be away for a long time, and declined/ David came back with a 5 week run in Titanic in May and June in Toronto. It’s more of an acting role, and I can still do my weekly radio shows. I still love the stage, and it’ll be fun to be in those productions.”

Ben now has a lot more time for one of his favourite hobbies; touring on his massive Honda Gold Wing motorcycle.

“Then along comes the CBC with the idea that I host Saturday Afternoon at the Opera and Backstage with Ben Heppner. I enjoy the radio programs and sharing my knowledge of opera with our listeners.” Ben continues to be involved in opera as a judge in competitions, teaching master classes and coaching singers for specific roles. He is also in demand as a keynote speaker.

Ben will be returning to co-host the 35th Annual CBC Sing-In at The Church of St. Andrew and St. Paul on Sunday, December 7. “Hosting this community concert in Montreal where I had one of my first regular singing jobs will be fun.”