The Montreal native realized his boyhood dream of playing for The Montreal Canadiens. Armed with a marketing and management degree from McGill; Mathieu Darche is bringing that same determination to a new career in business

Mathieu Darche played professional hockey for thirteen years after graduating with a degree in Business from McGill University. In addition to the five NHL teams he played for; there were years in the much less glamorous minor league. But Mathieu persevered, and worked hard to return to the National Hockey League. He realized his boyhood dream to play for the legendary Montreal Canadiens. After retiring in 2013, Mathieu dusted off his McGill degree and has stepped into the corporate world, beginning a new career with Delmar International. 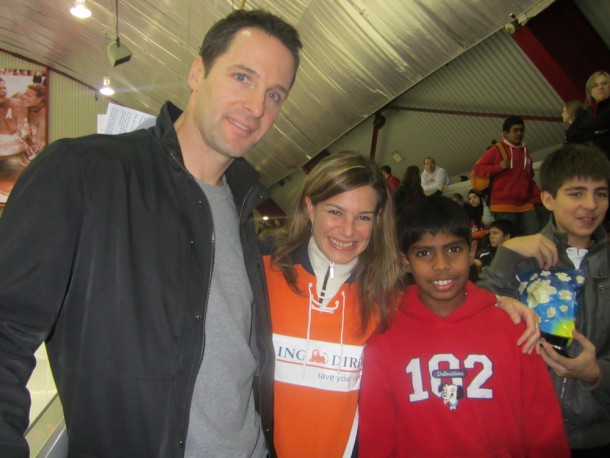 “When I was young, I played baseball, soccer, football and golf in addition to hockey. Of course, growing up in Ville St-Laurent and playing hockey at the Ray Bourque area, I dreamed of one day playing for The Montreal Canadiens.”

After four years of university hockey and 10 years as a pro, Mathieu did indeed play for The Canadiens during the last three years of his thirteen year professional career.

“I went to prep school in Connecticut before going to McGill. I was on the golf team down there, but I still played hockey for the school during the winter months. When I enrolled in McGill, I earned a Quebec bursary for hockey to help pay for my tuition.”

“Charlie Baillie and the coaches really helped me at McGill. In my first season I had one assist…but the coaches kept working with me, and I scored 21 goals in 25 games in my second season.”

Mathieu kept improving, and the year he graduated; he was named Canadian Interuniversity Sport (CIS) Outstanding Student Athlete of the Year. 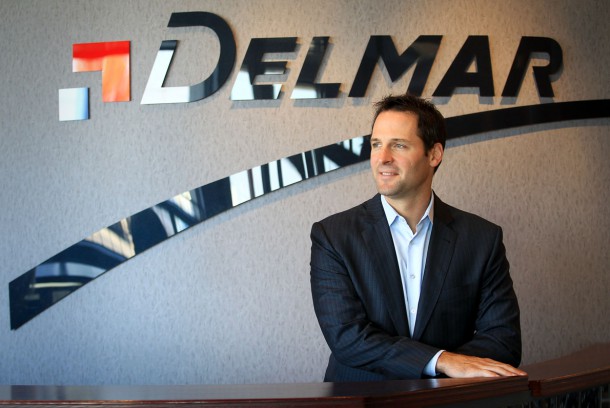 Mathieu has been a great asset to Delmar International

Mathieu signed with the Columbus Blue Jackets after graduating from McGill, and played most of his games with the club’s American Hockey League (AHL) farm team. He went on to play with The Nashville Predators, The San Jose Sharks; but again spent most of his time skating for their affiliate teams in the AHL. “I knew that I had my degree to fall back on if my career in hockey didn’t work out – so I kept at it. It was a great help that my wife Stephanie was very understanding and supportive.”

“When you play hockey in the AHL, you ride buses to your away games, and most of the towns are small. You see and experience a part of Small Town America. They don’t have areas we’re used to like in Old Montreal.” Mathieu discloses the sacrifices made by his young family. “Our eldest son lived in eight different houses before we settled in the Montreal area. Different schools, always making new friends – it was hard for him.”

During the lock-out season of 2004-2005, Mathieu played for the Hershey Bears. He also served on the players negotiating committee; “It was like earning an MBA in eight weeks – those negotiating sessions were really intense. However, my business education was very useful in understanding the issues involved in the Collective Bargaining Agreement.”

After playing for The Tampa Bay Lightning in 2008-2009, Mathieu was back in the AHL with the Portland Pirates. In 2009-2010, Mathieu started the season with the Hamilton Bulldogs, the Montreal Canadiens’ affiliate team. “When I arrived, I told Coach Guy Boucher and his assistant Julian Brisebois that as a 32 year-old veteran I understood my role to help guide the younger players. Guy surprised me saying that wasn’t my role. He said that my goal was to get back to the NHL, and that he and Juian were going to help me reach that goal!”

And help they did. After starting the season with the Bulldogs, at 32 years of age, Mathieu was called up to the Canadiens in January of 2010 – and he never looked back. In his second game – he scored the winning goal against the New Jersey Devils. He played fifty-nine games in the 2010-2011 season; and sixty-one games in the 2011-2012 season.

The Canadiens didn’t offer him a contract for the 2012 – 2013 season. He was receiving offers for two-way contracts (players get paid minor league wages when sent down – a big cut in pay), and Stefanie urged Mathieu to take something or retire. “I made the decision – and I was ok with it. I sent out my retirement announcement as a tweet in February 2013.”

The next month, Mathieu was invited to attend the Cummings Centre Sports Celebrity Breakfast, supported by freight forwarding company Delmar International. “I met the company’s Senior Vice-President Mike Wagen at the breakfast, and we started to talk about the possibility of me coming to work for Delmar, partly in a public relations role.”

“I started at Delmar in mid-August of 2013. I didn’t know anything about the transportation business, but I had the knowledge of business practices from my degree at McGill. Mike Wagen mentored me – teaching me their business.”

“I wish parents would let their kids have a more balanced approach to sports. I see kids playing hockey in the summer, when they could be out playing baseball or soccer in the sunshine.”

The PR role for Mathieu quickly evolved to include business development – bringing new clients and revenues to the company. 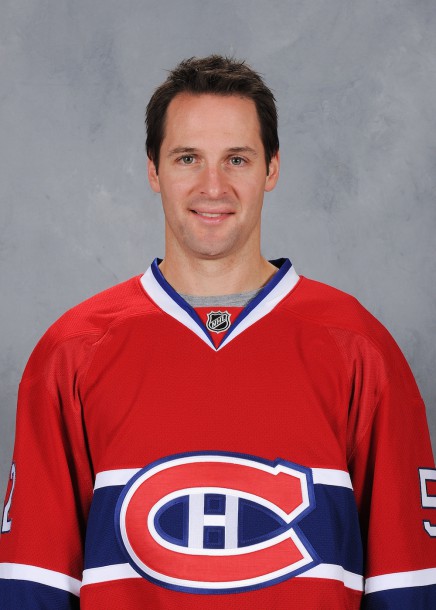 Darche lived his dream, playing his last three seasons with The Canadiens

He toured Quebec, meeting clients and promoting Delmar to prospective customers. He visits the company’s Toronto office regularly, and has travelled to the Delmar’s facilities in China and Mexico City. Mathieu has become popular on the corporate golf circuit, giving him an opportunity to meet existing and prospective clients. “I recognize that my status as an NHL player opens a lot of doors for me. I also know that this recognition status will fade in five years or so – so I’ve got to use it while I build my reputation in the transportation business.” Mathieu remains a popular hockey analyst on RDS, which will broadcast all Montreal Canadiens Saturday night games.

One of the great advantages is being able to have a greater involvement in family life. “I coach my boys in baseball, hockey and soccer. My wife and I have the same degrees from McGill, and she has an excellent job as a market analyst for Rio Tinto. She’s travelling for them this week, and since I’m not playing in pre-season games – I can look after the boys.”

Mathieu has visited schools, explaining the value of education and the advantage of having a university degree to fall back on. “There are only 620 players in the NHL – it is really difficult to break into that group of elite players. I wish parents would let their kids have a more balanced approach to sports. I played many sports when I was a kid – and I had fun at all of them. I see kids playing hockey in the summer, when they could be out playing baseball or soccer in the sunshine.”

Life is good for Mathieu Darche and his family. The years of riding buses in the AHL and the nomadic existence of a professional hockey player have given him a quiet self-assurance and appreciation for his achievements. It was a long and at times tough road – but the young boy playing hockey at the Raymond Bourque Arena in Ville St-Laurent lived his dream of playing in the NHL – and even better – for the most storied team in professional sports; The Montreal Canadiens.