In western Massachusetts, the rolling hills and pristine landscape of the Berkshires has proved to be a fertile cradle for music, literature, theatre and dance; a cultural oasis of the highest caliber.

Music lover’s take note, the Tanglewood Music Festival continues through to Labor Day weekend, with dozens of musical events to choose from, including classical, contemporary, jazz, opera and pop.

The Boston Symphony Orchestra will end their Tanglewood season with Beethoven’s Ninth Symphony, under the baton of Conductor Emeritus Bernard Haitink, on August 25th. The multi-talented Harry Connick, Jr. will bring his smooth vocals and panache for live performance to the Tanglewood stage on August 31st. Expect to hear original tunes from his recent album, “Every Man Should Know.” This season will come to a close on September 1st, with a matinee performance by the Boston Pops Esplanade Orchestra, conducting by Thomas Wilkins, and featuring vocalist Patti Austin performing a tribute to the great Ella Fitzgerald.

From August 15th to 18th the Tanglewood Wine and Food Classic is featuring celebrity chef dinners, cooking demonstrations, and both sweet and savory tastings. Wines from around the world and locally sourced food paired to perfection by master chefs, amidst the tranquil and verdant grounds of Tanglewood.

This year Shakespeare & Company raises the curtain on its 36th season of bringing world class theatre to the Berkshires. As their name suggests, this theatre company proudly performs the works of Shakespeare and also develops and produces other select plays. For a Shakespearean comedy of mix-ups and disguises, Love’s Labour’s Lost runs at the Tina Packer Playhouse through September 1st. The fairies of the forest will feel right at home when A Midsummer’s Night Dream is preformed outdoors at The Mount (writer Edith Wharton’s former estate). Running from July 20th to August 17th, bring your own chair and enjoy. Academy Award winner, Olympia Dukakis returns for another season with Shakespeare & Company saying, “I consider Shakespeare & Company one of my artistic homes – a place of artistic support and enthusiasm.” She stars in Mother Courage and Her Children, by Bertolt Brecht, playing a woman who tries to keep her business and family alive while surrounded by the devastation of war. Catch this riveting production running from July 26th to August 25th.

A Whale of a Tale

The natural beauty of the Berkshires has inspired some of America’s literary greats. In a simple farm house in Pittsfield, known as Arrowhead (for the Native American artifacts unearthed on the property) Herman Melville penned his sea-faring epic Moby Dick. In his study, with the view of Mount Greylock (the highest peak in Massachusetts) from his window, Melville drew from his time in the merchant marines and aboard a whaling ship. During his 13 prolific years at Arrowhead, Melville wrote 4 novels and a collection of short stories. However, despite his copious writing, financial success proved almost as elusive for Melville as his great white whale was for Ahab. Arrowhead, open daily through October 14th, with hourly tours from 10am to 4pm, offers you an interesting peak into the past, and is especially enticing for those that have read all 135 chapters of Moby Dick, relied on the Coles Notes version, or remember Gregory Peck’s silver screen Ahab.

If These Walls Could Talk

In the northern Berkshires, the Sterling and Francine Clark Art Institute houses an impressive collection of paintings, sculptures, drawings, photographs and decorative arts from the 14th to 19th centuries. Before the museum opened, in 1955, the Clark’s had spent forty years amassing a vast private collection that included some of the most highly regarded works of French Impressionism (many of these pieces are currently on tour). Surrounded by 140 acres of meadows and woods, the Clark, as it is affectionately called, is currently hosting exhibitions on two 19th century American artists: Winslow Homer and George Inness.

Looking for something to bring back home? The Berkshires will not disappoint. Shopper’s can take delight in a myriad of quaint antique shops and specialty boutiques or bargain hunt at any of the 60 stores at Lee Premium Outlets. Visit Polo Ralph Lauren, Lacoste, Hugo Boss, Ann Taylor, Calvin Klein, Michael Kors and J. Crew to build up an appetite before heading to Simply Grillicious, That’s a Wrap and Lindt Chocolate. And for the cherry on top – in Massachusetts there is no sales tax on clothing items under $175.

It takes approximately 4 hours and 15 minutes to drive the 430km (about 270 miles) from Montreal to Tanglewood.
For more information on all Tanglewood performances, including ticket prices, directions and dining, please visit www.bso.org
For information on all other sites (including opening hours, ticket prices, directions, etc…) please visit:
Berkshires: www.berkshires.org
Shakespeare & Company: www.shakespeare.org
Arrowhead: www.mobydick.org
The Clark: www.clarkart.edu 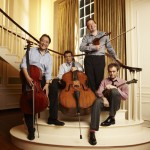 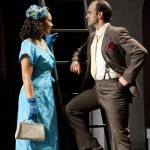 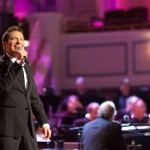 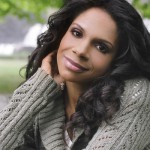 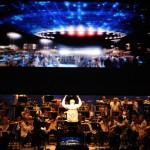