You’ve all heard of Fifty Shades of Grey, the book that took the world by storm a while back. Some of you may even admit to having read it – others won’t but, strangely, knew what everyone was talking about when quotes were used on Facebook and other social media outlets.

They sounded pretty raunchy, a touch naughty, certainly risqué – the sound of everyone dropping their copies of Harry Potter was deafening. (The book actually surpassed Harry Potter to become the fastest selling paperback of all time.) Apparently, there were more sales over the internet than in bookstores, because women were somewhat cautious about being seen in public purchasing it. 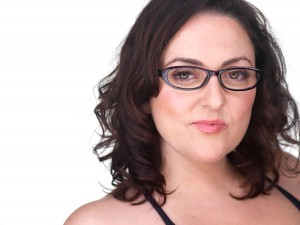 It didn’t take long for someone to get the idea of creating a parody of said book – not just a parody but a musical at that. It was a no-brainer. A bit “Second City, part Chippendales and a promise to deliver big laughs, sexy fun, and lots of surprises”.

Spank is coming to Montreal for the Just for Laughs Festival.

Absurd, provocative, the ‘story’ comes to life with sharp-witted comedy, singing and…get ready ladies… a couple of sexy striptease show-offs  from the leading hunk. Judging from performances in Toronto, men in the audience appear to be in the minority, for some strange reason. 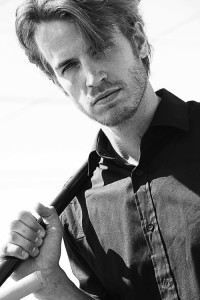 Spank, written by seven writers from some of Canada’s sketch-comedy troupes, including Colin Munch, recounts the story of a frumpy middle-aged housewife, E.B. Janet, who entertains herself by writing a lurid novel while alone at home. Hubby has taken the kiddies to Disney World, so she delves into a fantasy world of a kinky billionaire, Hugh Hanson, and an English Literature major, Tasha Woode.

The musical numbers are saucy nods to songs that most in the audience will have heard: a Gilbert and Sullivan tribute, the theme from Willy Wonka, even a rather naughty version of I Am Sixteen Going on Seventeen from The Sound of Music.

No, there isn’t much of a plot to Spank. The title says it all. But that doesn’t really matter – This is fun, silliness and clearly a hoot, to be enjoyed by those who have read the book and those who pretend to have not read the book. Donny and Marie it ain’t. But neither is it hard core anything.                   .

Get ready for some kinky fun and lascivious games at The Centaur Theatre.
On from July 10 to 28th.
For tickets: www.centaurtheatre.com or www.hahaha.com