After achieving a remarkable success with RBC, Senator Tony Loffreda now brings his customary exuberance, analytical thinking and fiscal knowledge to his role in the Canadian Senate. Tony is justifiably proud of being the first Canadian born Senator of Italian descent.

Beginning his life in a basement apartment with his parents in a working-class district of Montreal, Senator Loffreda’s life experience is a record of achievement in serving his family, his community, his business associates and customers. Tony now serves Canadian citizens in the Senate of Canada.

“My grandparents were already in Canada and they encouraged my parents to come to Canada. They advised my father to come first, to make a start. However, my mother was already pregnant with me – and so we all lived to together in a basement apartment on Versailles St. in St-Henri before moving to another basement apartment in Ahuntsic. My dad worked during the day and my mom worked at Red Rose Tea from 4pm to midnight. I was born in 1962, my brother was born in ’71 and my sister in ’75. As the eldest, it was my job to prepare supper for my siblings and my father when he got home from work. Looking back – it may seem to have been tough – but we never missed anything. We grew our own vegetables and made our own wine.” 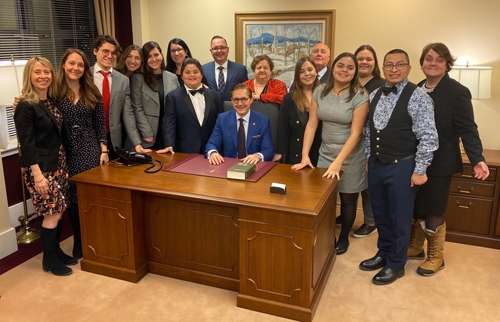 Senator Loffreda in his new Senate office with his wife Angelina and children, his proud parents, sister, brother and their families

“When I was thirteen, my dad sat me down and said that I was old enough to start working and bring some money into the household. He wanted me to learn the value of work. I was still in school, but he said that I could work on weekends. I got a job at Cantor’s Bakery, where I worked on Friday nights from 8 pm until 6 am on Saturday mornings.” Tony would continue to work at Cantor’s on weekends and during his summer vacations all through high school and CEGEP, until he was twenty. “In the summer, I worked from 2pm until midnight. During my time at Cantor’s I was promoted and did several different jobs for them.”

“During the 80s, when housing affordability was very expensive, the Federal Government initiated a grant program to encourage people to invest in MURBs (Multiple Unit Residential Buildings). My dad suggested that he and I invest in a triplex. I said that wouldn’t be fair to my sister and brother, and so instead, I loaned him enough money to add to his savings for his down payment. To this day – he and my mother live in that triplex.” Summing up his early life experiences, Tony states; “I know what sacrifice and hard work can accomplish.”

While Tony’s business success is often highlighted, it’s his community involvement that has perhaps given him the most pleasure. “One of my most precious memories comes from coaching my children’s soccer teams. We qualified for fifteen provincial tournaments and five national championships. I also started a Women’s AAA Elite soccer league so that the more talented players could pursue their athletic dreams at a higher level.”

Tony shares how he motivated his players. “What we want to do is play well and have fun. I want each of you to be a model for your teammates. We’ll win if we’ve looked after one more game detail, if we’ve done one more push-up, if we’re more prepared than the other team.” Continuing, he states; “You know, there is a huge link between sports and business. The preparation, the training and dedication to be the best.”

Citing an example of Tony’s preparedness, retired Jewish General Hospital Foundation CEO Myer Bick shared this experience with The Montrealer. “I attended an RBC event for about eighty of the bank’s major accounts. The VP from Toronto was ill, and our host introduced Tony Loffreda in his place. Tony gave a detailed report on the state of the Quebec economy, the broader Canadian economy and the relevant aspects of the US economy that could affect Canada. He spoke for 45 minutes without a note – and captivated an audience of experienced executives – many of whom were older than him.” 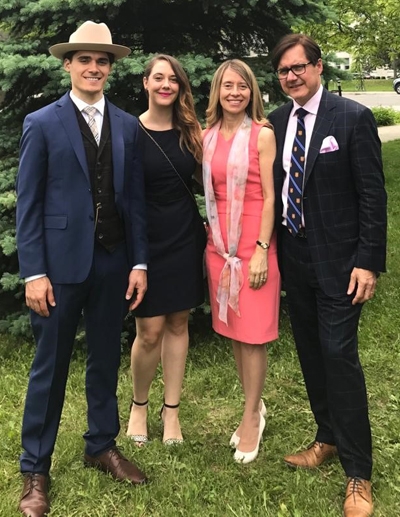 Tony attributes much of his success to his ability to listen – to truly listen – to clients and business associates. “I enjoy people and I like to listen. A good call is 80% listening. I’d tell my associates at the bank to bring a blank pad. We’re going to listen to what they have to say and take notes. They know who we are – we don’t have to pull out all sorts of charts and presentation materials. We’re going to let them tell us about their business and their needs. We’re going to find out what we can do to help serve this company. The most important thing is creating that instant intimacy and thereby creating genuine trust.  That’s how you find what are the real objectives and the real issues facing the client. With that knowledge – you can go on to help.”

Tony graduated from Concordia University with a Bachelor of Commerce and a Major in Accounting. Later in life, he would return to Concordia, serving on the University’s Board of Governors from September 2015 until his Senate appointment in 2019. He continued his accreditation at the University of Illinois where he earned his Certified Public Accountant designation.

Tony’s first professional employment was with Zittrer, Siblin, Stein, Levine as a Senior Auditor. He then accepted a position as Audit Team Leader at Raymond Chabot Grant Thornton. National Bank of Canada offered more senior positions – as Corporate Banking Director and Commercial Banking Leader for a period of fourteen-plus years.

Tony’s banking career accelerated again when RBC came calling in 2005. His banking career would flourish in successive roles with RBC for more than fourteen years, until his Senate appointment in 2019. He was named Regional Vice-President (Executive), Commercial Banking and Head of Corporate National Client Group for Quebec. His responsibilities included the re-launch of Commercial Financial Services and developing innovative business solutions. Under his leadership, high-quality staffers were added to the RBC team.

“This was a really exciting time for me professionally – to represent the best-recognized brand in Canada was an honour.” Tony went on to earn promotions and expanded responsibilities at RBC. He served on the RBC Executive Committee and the Piloting Committee for Quebec. 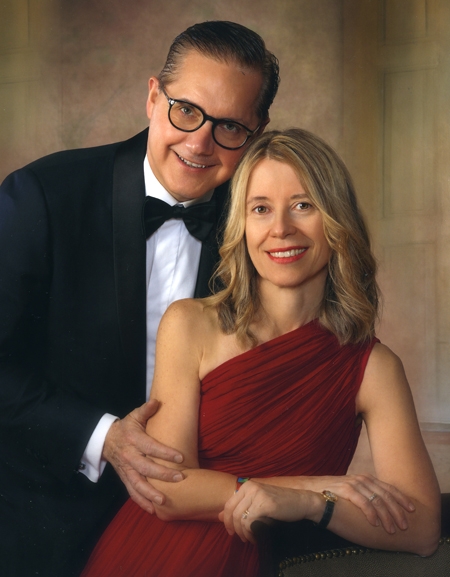 While pursuing his banking career, Tony made time to give back to the community by participating in community organizations and fundraising activities, including; The Giant Steps School, the Jewish General Hospital, McGill’s Goodman Research Centre, the Montreal Cancer Institute and artistic organizations such as Centaur Theatre.

Tony’s commitment to community service has been recognized with numerous awards of well-earned recognition. With his dedication to his children’s soccer programs and the development of a Women’s Elite League, it is fitting that in addition to Quebec’s Gold Medal Of Merit, The Queen Elizabeth II Diamond Jubilee Medal, the Governor-General’s Sovereign’s Medal for Volunteers, Tony Loffreda was inducted as an Administrator into the Montreal-Concordia Soccer Hall of Fame.

When appointed to the Senate in 2019, Tony Loffreda retired from RBC, and resigned from the twenty-one Boards where he served. “I didn’t want to have any appearance of a conflict of interest between my role as a Senator and the companies that I had advised as a Board member.”

In his role as an Independent Senator, Tony quickly assumed his responsibilities with his customary vigour and energy. He brings a wealth of knowledge and experience in business and finance to The Senate. He is a member of the National Finance Committee and the Banking Trade and Commerce Committee. “We need the collaboration of the other Senators in order to do our work. In this process, many of the other Senators have become friends. We’re not as partisan as the Members of Parliament, who are fighting for their jobs every day in the House of Commons.”

Tony is adept at communication via social media and has over 50,000 followers on his various platforms. “I believe that transparency is important, and it’s a way for us to gain back trust into our institutions. I post my interventions and my articles for everyone to see. I intend to show people what we do in The Senate.”

“The Senate plays an important role in our democracy. We can make improvements to legislation that has been sent for our review and assent. A lot of Canadians may not be aware that we can also propose legislation. I have done just that with Bill C-30 which doubles the time for the GST credit to six months for needy households in Canada. This will provide financial assistance to millions of Canadians.”

Tony Loffreda and his family have prospered in Canada, and by accepting his appointment to the Senate, he answered his own question; “What can I do to help serve this country?” After assisting hundreds of companies that employ hundreds of thousands of employees during his banking career, Tony Loffreda has answered the call to bring his many talents to the Canadian Senate. Bravo Senator!