There can be a variety of reasons that you may find yourself headed to Calgary for a long weekend such as visiting friends or family; a jumping off location for a few days skiing in the Rockies; business meetings; and, of course, for the Stampede; but never before has the motivating factor been to stay at a specific hotel…until now. Welcome to The Dorian! 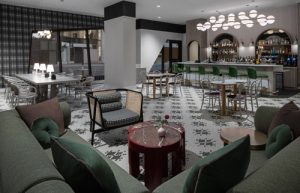 At the outset you should know that The Dorian is inspired by British whimsy, beginning with its name, which is taken from Oscar Wilde’s only novel (he was known primarily as a playwright, poet and socialite) entitled The Picture of Dorian Gray. Now, if you have never read said novel, fear not, you will find one in each guest room of this hotel. Since I was pressed for time, I requited myself with the story via Wikipedia and was happy that I did. The discrete literary references can be found throughout the hotel such as through its art (starting with portraits in the lobby of Mr. Wilde and his lesser-known wife, Constance) as well as the spectacular rooftop restaurant which is called The Wilde on 27 (where the menus are presented in hard cover book bindings) while the ground floor café and wine bar is known as Prologue Café/Cocktails. Oscar Wilde aficionados will have a party here. 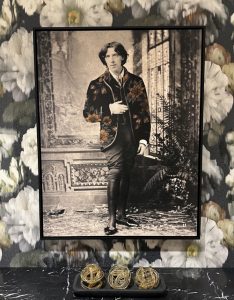 Guests at Calgary’s Dorian hotel are greeted by a portrait of Oscar Wilde
Photo: A.J. Twist

The Dorian is a member of the Marriott Autograph Collection of hotels and is, in fact, conjoined with a Courtyard by Marriott and together they add another 306 hotel rooms to a city that will soon be in desperate need of them. Calgary is in the midst of expanding their conference facilities and will be soon recognized as a Tier 1 conference city, meaning that it will be attracting massive numbers of visitors at any given time. The Dorian is ideally located to benefit from this influx being in the heart of the business district and in walking distance to all amenities in downtown Calgary. In the immediate area is also the city’s burgeoning art district and the impressive shopping centre, The Core. In addition, it is connected to the city’s useful 16-kilometer indoor walking network of skybridges, called the Plus 15 which you will find to be absolutely invaluable if you are looking to go relatively short distances when it is minus 15 (or much lower). 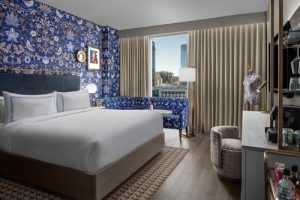 The guestrooms at The Dorian are truly something to behold. As designed by Vancouver-based CHIL Design, some of the more extravagant touches include matching wall paper to its upholstery; a “ready to pour” bar trolley with ice already chilling in the bucket as your arrive and a selection of Eau Claire pre-mixed cocktails and liquors; original artworks curated by California’s Kevin Barry Art Consultancy; Aesop toiletries; a steamer as opposed to an iron; a Drybar hairdryer; custom Turkish bedlinens; Lavazza coffee makers and a teapot for those who prefer “a cuppa”. 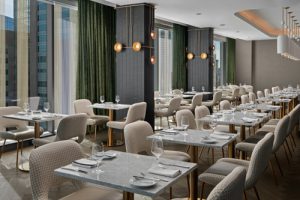 The author and guest enjoyed a superlative dinner in
The Wilde

However, the true star of this property can be found on its 27th floor with a bird’s eye view of the cityscape, which is the main dining room and lounge, The Wilde. Here, under the direction and inspiration of Executive Chef Joshua Dyer, this restaurant is serving up what are likely to be the best plates to be found in Calgary.

My dining companion for the evening was a good friend from my Montreal university days, whom declared following our nine-course tasting menu, that this had been the “best meal of my life”! Quite frankly, I had to agree with him that it was certainly divine. Each course was proudly presented to us by either the Chef de Cuisine, Kyle Opel, or one of the members of his team. This included East coast oysters finished tableside with liquid hydrogen for an added flair; elk tartar; scallops with black garlic and hazelnuts; duck with Sea buckthorn; and a dessert with a layer of decadence that the restaurant’s namesake would have been proud of. 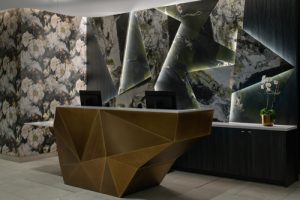 A stated focal point of the menu is to use locally sourced ingredients wherever possible born of carefully nurtured relationships with their suppliers. This will inevitably include produce indigenous to Alberta and may result in names and food tastes you are unfamiliar with. This was certainly the case with us (I have no idea what field berry was used in the mocktails but it was both tart and sweet at the same time and totally delicious). However, the end result was truly spectacular and if the Micheline star system were to begin considering Calgary restaurants, The Wilde would most certainly be a contender. 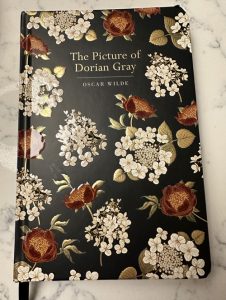 The Wilde is not only open for dinner but has a fabulous breakfast offering and is quickly becoming the city’s weekend must-have brunch table as well. Craft cocktails can be also savoured in their colourful lounge or at their elaborate bar.

Considering that The Dorian has only been open since August of this year, it is quickly becoming the city’s destination hotel of choice. Should a trip to Calgary be in your future, you would be best to reserve a room at The Dorian well in advance as surely the word is already getting out.