When Anne-Marie Croteau agreed to serve as the first female Dean at Concordia University’s John Molson School of Business in 2017, she broke an important glass ceiling. “I was surrounded by men when I first started as an Associate Dean,” says Croteau. “So I know the challenges that women face. I had no role models. I am very conscious of my role.” In a recent article that Croteau co-wrote for The Conversation she notes that only 4% of the companies in the TSX 60 are headed by women.

Yet signs of women’s increasing clout are everywhere. Half of the Trudeau administration’s first cabinet was filled with women. The Canadian public sector is increasingly enforcing the placement of women on the boards of crown corporations. In the United States, Kamala Harris, is poised to become the country’s first affirmative action vice-president, despite her miserable performance in the primaries, after pressure from female voters forced the Democrats to put a woman on the ticket. And while U.S. corporations are dominated by male CEOs, women’s increasing dominance of consumer spending power are such that few would dare say or do anything that acts against their interests.

Much of women’s success stems from ground up work at educational establishments like the John Molson School of Business, which this month is celebrating its 20th anniversary amidst the growing COVID-19 pandemic. “This fall semester, we are experiencing our first ever virtual term,” notes Croteau, who’s background in technology theory and experience heading a committee overseeing major IT upgrades at the Société des Assurances Automobiles du Québec, provide her with key tools to help lead the institution. “We are having to make significant adjustments.”

That is easier said than done. Because John Molson School of Business is not just a school. It is a community of students, alumni, faculty, and a growing cadre of administrative staff who are needed to manage challenges ranging from governance, to environmental issues, to relations with Concordia University which is in the midst of a major fundraising campaign.

Women, who continue to dominate “people” fields such as human relations, communications, and marketing have long made up about half of the John Molson School of Business’s student base.  However in recent years both the career success of female graduates and the range of fields they are penetrating are growing. For example Stefanie Crosby, head of Triumspear International, a strategic advisor to ultra high net worth individuals and board member at the International Economic Forum who studied at John Molson School of Business, credits the confidence that she gained doing her Executive MBA with her ability to break barriers. 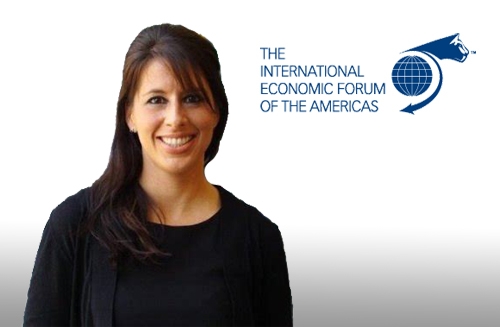 Stefanie Crosby, head of Triumspear International, advisors to ultra high net worth individuals credits JMSB for the confidence that she gained doing her Executive MBA with her ability to break barriers

“It was a miracle that they accepted me,” jokes Crosby, who was forced at a young age to choose between completing CEGEP studies and travelling the world to compete as an acrobatic skier. “I didn’t have the academic credentials of others in my class. But the school credited the experience and contacts that I had built up. It was an important helping hand, which I now extend to others whenever I have a chance.”

Crosby, who wrote her first paper about Bitcoin (which institutional investors are only now starting to notice) back in 2012, quickly made up for her slow start. “I had to spend a lot of time alone in the library catching up,” says the increasingly prominent business figure, who recently found time to contribute to “The Count,” a television series which she notes was co-produced with Mike Tyson, Roy Jones, and Mars Callahan. “I quickly realized that combining people skills that I developed working in sales and running a small business, with an executive education could take me a long way. That and being a woman in a male dominated field, put me in a position of always thinking outside the box.” 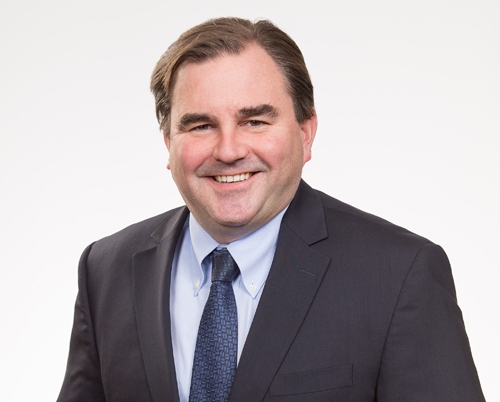 The John Molson School of Business’s origins date back to its time as Concordia University’s Faculty of Commerce and Administration which was established following the merger of Loyola College and Sir George Williams University in 1974. According to Andrew Molson, chairman of Avenir Global, who’s family made the transformational donation which helped the business faculty find a new home, Croteau’s leadership is having an effect.

“Women graduates of the school have lots of choices,” said Molson, whose wife Helen Antoniou is Chair of Concordia University’s board of governors. “Public relations has long been a field in which women excel. However we are dealing with increasing numbers of women in C-Suites at our clients as well, whether it be in the CEO spot, in corporate affairs or human relations.”

Molson should know. Avenir Global’s growing success and global client base provide him with priceless ground and top floor windows on economic and social developments. “The growing focus of businesses on ESG (environmental, social and corporate governance) has led to increasing emphasis on related public relations,” says Molson. “A lot of these sensitivities have been professions that women gravitate to.”

Despite Croteau’s success, she refuses to rest on her laurels, citing continued challenges that women face in overcoming stereotypes, work-family balances, and corporate practices that are badly suited towards their needs.  The good news is that a recent crop of global women leaders is performing well. Croteau points to a recent study which showed that countries led by women have been better able to control the effects of the COVID-19 pandemic than men.

Part of this may have to do with that old stereotype about women prioritizing people, as well as their health and safety, a practice that Croteau shares. “It makes a difference to spend time with people,” said the Dean, shortly after she took on her new role. “It helps the relationship and the conversation. It builds team spirit.” Her challenge during the coming months, will be to help the school generate those effects, during a time when locked down university students are increasingly attending classes via videoconferencing.