To get things rolling for its 51st edition, scheduled from October 5 to 16, the Festival du nouveau cinéma de Montréal (FNC) invites one and all to the second annual Estival du nouveau cinéma, September 1 to 4 at the Esplanade Tranquille in Montreal’s Quartier des spectacles. Each evening as of 6 pm, hundreds of deckchairs will await viewers for four nights of free screenings in a one-of-a-kind setting. The event will also feature a themed bar and food trucks, plus various surprise events showcasing local talent. 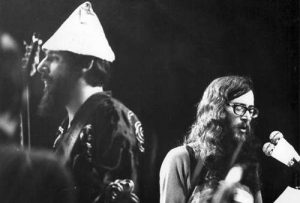 The Estival will kick off with Roger Frappier’s L’INFONIE INACHEVÉE. Restored by Éléphant – mémoire du cinéma québécois, the documentary follows L’Infonie, the delirious experimental music-slash-sound poetry collective led by Raoul Duguay and Walter Boudreau. Their colourful shows – major events in the Quebec counterculture movement – were indescribable, somewhere between a concert and performance art. Frappier captured the madness in his landmark 1973 documentary. 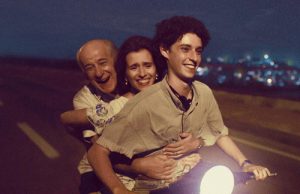 On the second night, Italy stops by the Esplanade with THE HAND OF GOD by Paolo Sorrentino (Il Divo, The Great Beauty, The Young Pope). The Oscar-winning director and screenwriter revisits his youth in the tumult of late-80s Naples. Moving and hilarious, this ode to family and hometown joyously mixes sports, cinema, and tales of love and mourning as it reveals the first stirrings of the artist Sorrentino was to become. To mark the event, the screening will be followed by an Italian disco DJ set led by Xarah Dion. 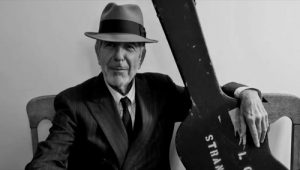 On the third night, the Estival presents HALLELUJAH: LEONARD COHEN, A JOURNEY, A SONG by Dan Geller and Dayna Goldfine. The documentary explores the life of the legendary Montreal singer/songwriter through interviews with family, friends and fellow artists, excerpts from concerts and recordings, and selections from Cohen’s unpublished personal archives. 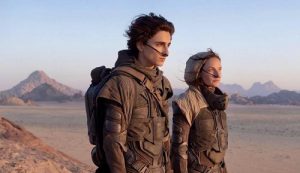 For its final night, the Estival presents DUNE by Denis Villeneuve. A film that’s already achieved cult status, this latest adaptation of Frank Herbert’s novel takes on its full grandeur in the hands of the celebrated Montreal director, whose rendering of the epic tale is nothing short of monumental. Super high-definition sound and picture quality will make the masterwork even more enjoyable as it screens under the stars. Bring a blanket!

Don’t forget that the 51st FNC’s unlimited passport will be available for $150 (25% off the regular price) exclusively at the Esplanade Tranquille between 6 and 11 pm throughout the event.