The Fantasia International Film Festival will be celebrating its 26th Anniversary in Montreal this summer, taking place from July 14 – August 3, with its Frontières International Co-Production Market being held July 21 – 24. Screenings, panels and special events will be taking place at the Concordia Hall and J.A. de Sève cinemas, with additional screens at the Cinémathèque Québécoise, Cinéma du Musée and the McCord Museum.

The festival will showcase a massive new assortment of feature films, panels, talks, tributes, and special events. The complete lineup includes over 130 features and 200+ shorts available to be explored. 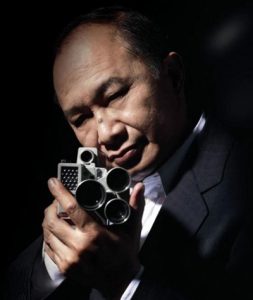 With a singular directorial approach, Woo reinvented the conventions of action cinema, its visual language and dramatic codes. Nobody breaks down a sequence like Woo does: his staging is complex, his camera choreographies always elaborate, his mastery of physical performance and stunts unrivaled. His brilliantly original editing patterns are instantly recognizable, as are his slow-motion sequences, employed as much for pathos as to provide poignantly counter-adrenalized flourishes.

At the heart of everything, Woo’s films are deeply moral visions, built around themes of friendship and trust with moving sincerity.

Following martial arts films such as HAND OF DEATH (1976), LAST HURRAH FOR CHIVALRY (1979) and beloved comedies such as MONEY CRAZY (1977) and PLAIN JANE TO THE RESCUE (1982), Woo made his name with the groundbreaking heroic bloodshed of films such A BETTER TOMORROW (1986), THE KILLER (1989), BULLET IN THE HEAD (1990) and HARD BOILED (1992). Chow Yun-fat, Tony Leung and others became international stars under his watchful eye, and by crafting an action cinema – and a genre – of his own, Woo continues to astonish audiences and filmmakers alike, inspiring legions across the world. In the years following this era, Woo has worked alternately in both Hollywood and China, on further blockbuster classics such as HARD TARGET (1993), FACE/OFF (1997), MISSION: IMPOSSIBLE II (2000) and epics such as RED CLIFF I & II (2008, 2009), and THE CROSSING I & II (2014, 2015). He is currently hard at work on SILENT NIGHT, an upcoming return to American filmmaking, starring Joel Kinnaman and Kid Cudi.

For her ground-breaking work as an author, filmmaker, historian and curator, Fantasia presents its 2022 Canadian Trailblazer Award to Kier-La Janisse, who has shifted the paradigm of genre film discourse and inspired a new generation of artists. 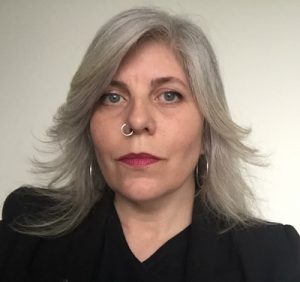 Over the last 23 years, Janisse founded the Miskatonic Institute of Horror Studies, The CineMuerte Film Festival (1999-2005), The Big Smash! Music-on-Film Festival (2006), Plastic Paper: Winnipeg’s Festival of Animated, Illustrated and Puppet Film (2008-2011) and co-founded the beloved Montreal microcinema Blue Sunshine (2010-2012). She was the head programmer for the legendary Alamo Drafthouse Cinema in Austin, Texas, from 2003-2007 and an original programmer for Fantastic Fest, among work for organizations such as The Winnipeg Film Group, Pop Montreal and Monster Fest in Melbourne, Australia.

Janisse is the author of A Violent Professional: The Films of Luciano Rossi (2007) and the landmark film memoir House of Psychotic Women: An Autobiographical Topography of Female Neurosis in Horror and Exploitation Films (2012). The book World Premiered at Fantasia in 2012 and an expanded version will launch at the festival this summer, along with a special screening series (more below). Under the Spectacular Optical publishing imprint, Janisse has co-edited critical anthologies such as Satanic Panic: Pop-Cultural Paranoia in the 1980s (2015), Lost Girls: The Phantasmagorical Cinema of Jean Rollin (2017) and Yuletide Terror: Christmas Horror on Film and Television (2017). She is currently co-curating an anthology book on the films of Robert Downey, Sr., as well as writing a monograph about Monte Hellman’s COCKFIGHTER.

Born out of her extensive, award-winning work as a curator and disc producer for Severin Films, Janisse recently made her documentary debut with WOODLANDS DARK AND DAYS BEWITCHED: A HISTORY OF FOLK HORROR (2021). The film went on to win major prizes at SXSW, Fantasia, the Nashville Film Festival, Chattanooga and beyond.

She is a Canadian trailblazer in the truest sense. 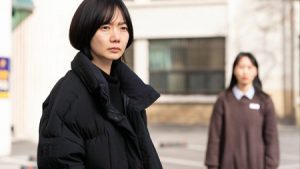 Sohee (Kim Si-eun), a bubbly and tenacious high-school student, spirals into fatal depression when pressured by her school to work for an abusive call center. Enraged by this tragedy, Detective Yoo-jin (Bae Doona) begins a crusade against all those who exploit vulnerable teenage girls. This powerful and essential work received a seven-minute standing ovation at Cannes, where it closed Critics’ Week 2022. NEXT SOHEE is a true masterpiece and an absolute must-see, masterfully directed by July Jung and featuring wonderful performances by newcomer Kim Si-eun in a career-defining turn and South Korean film icon Bae Doona (KINGDOM). North American Premiere.

For the full list of films and events visit: www.fantasiafestival.com