It is rare that our tax laws include rules that we can actually get excited about. The treatment of the donation of Marketable Securities is one such rule.

Generally, when a donor donates assets other than cash, they are considered to have sold the asset at fair market value. Therefore, if the asset has appreciated in value since the donor acquired it, they would realize a capital gain and would have to pay tax on that gain.  To incentivize charitable donations, the Canadian government provides tax credits for donations. Perhaps the most advantageous strategy for knowledgeable investors is to donate their appreciated marketable securities.

“Donating marketable securities such as stocks, bonds or mutual funds

The beauty of donating Marketable Securities (publicly traded stocks, bonds and mutual funds) is that the donor will not have to pay tax on any appreciated value in the Marketable Security. Thus, the donor not only benefits from the tax benefits of making the donation, but also saves the tax that otherwise would have been owing on a sale of the securities. 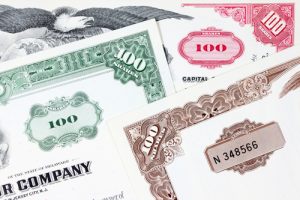 Socks, bonds and mutual funds are marketable securities that can be donated and thereby create a tax benefit

How Does It Work?

Let’s look at the following example to illustrate the advantages of donating Marketable Securities.

If Mr. Arnold likes the stock and feels it will continue to appreciate, he can purchase the stock again on the market with the cash that would otherwise been used to make the donation. This stock will now have a higher cost base, which means less taxable gains in the future.

It should be noted that there are even greater advantages to donating Marketable Securities if the donor is a corporation as the donation will create a greater pool of money that can be withdrawn tax free from the corporation.

“There are even greater advantages to donating Marketable Securities

if the donor is a corporation”

As always, we encourage you to seek the advice of your trusted professional advisors to make sure this and SMART philanthropy tools work for you and your family.