Saturday Salons at the Centaur presents

Join Eda Holmes in conversation with the artists behind the creation of Talking Treaties: Tiohtia: ke, all of whom come from Kahnawake: award-winning multi-disciplinary artist Ange Loft; choreographer and recipient of the 2021 Prix de la danse de Montréal, Barbara Kaneratonni Diabo; and artist and activist, Iehente Foote.

Talking Treaties
The residency builds on the momentum that began in 2015 with artist and historian-led interviews with Indigenous knowledge keepers, resulting in Jumblies Theatre’s Talking Treaties, a multidisciplinary theatre initiative directed by Ms. Loft for Toronto’s 2019 Indigenous Arts Festival at Fort York.

For this residency, the Collective focus on pre-contact governance symbolism and alliance patterns of the Haudenosaunee (Six Nations). These agreements and other significant events played key roles in the transformation of the Indigenous landscape of Tiohtià:ke. 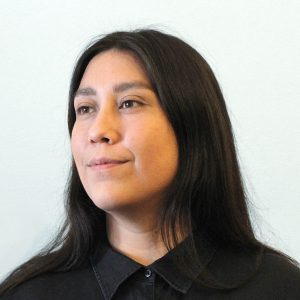 Ange Loft is an interdisciplinary performing artist and initiator from Kahnawake Kanienkeha:ka Territory, working in Toronto. She is an ardent collaborator, consultant, facilitator and mentor working in storyweaving, arts-based research, wearable sculpture and Haudenosaunee history. She is also a vocalist with the Juno and Polaris nominated band YAMANTAKA//SONIC TITAN and an instructor at Centre for Indigenous Theatre.

Ms. Loft works within the community, art, and education sectors as a speaker, co-creator and advisory member. She is Associate Artistic Director of Jumblies Theatre, where she directs the Talking Treaties initiative and has co-facilitated Artfare Essentials since 2013. She has conducted workshops on Indigenous symbols of agreement-making with staff of the Toronto District School Board, Toronto Arts Council, Black Creek Pioneer Village, and the Toronto Biennial of Art. Ms. Loft has had the pleasure of speaking on art-based research, spectacle making, and community collaboration in university courses and panels across Canada. She worked with the City of Toronto on the creation of the Indigenous Arts and Culture Partnerships Fund (2018) and on the Advisory Council for the Toronto Biennial of Art (2019), where she wrote the Toronto Indigenous Context Brief for the inaugural curatorial team. 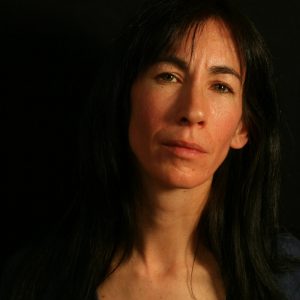 Barbara Kaneratonni Diabo is Kanienkeha:ka (Mohawk) of mixed heritage originally from Kahnawake, now living in Montreal. Ms. Diabo is currently the Artistic Director and Choreographer of A’nó:wara Dance Theatre. An award-winning choreographer and dancer for over 25 years, she specializes in creating works that combine Indigenous traditional dance with contemporary styles, producing unique fusions that speak to many different populations and tastes. Barbara studied theatre, dance and singing at the Native Theatre School, now known as the Centre for Indigenous Theatre, and has a BFA in theatre from Concordia.

Ms. Diabo takes great pride in regularly sharing her culture and has performed across Canada and internationally.  Some of her most recent work was performed at the Banff Centre, the Montreal Olympic Stadium, the National Arts Centre, the Confederation Centre for the Arts PEI, the Harbourfront Centre, Place des Arts, the Prismatic Festival Halifax, and Festival Quartiers Danses.  In 2021, she was awarded the prestigious Prix de la Danse de Montréal, catégorie Interprète (dancer) and she was one of only 8 dancers in North America invited to perform at the 2015 Gathering of Nations (New Mexico), the world’s largest powwow, in its first-ever hoop dance competition. 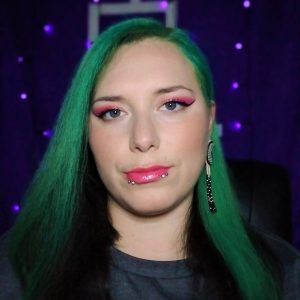 Iehente Foote is Bear Clan from Kahnawake, Quebec, Mohawk Territory. She has been involved with community and professional theatre and the arts for 16 years, using them to talk and work through difficult issues. Ms. Foote is an actor, stage manager, costumier and production assistant who has worked for various theatre, film and TV projects based in Kahnawake (Turtle Island Theatre Company); Montréal/Tiohtiá:ke (Scapegoat Carnivale, Raise the Stakes Theatre); Toronto/Tsi Tkarón:to (Buddies in Bad Times, The Bentway, Clay and Paper Theatre, Jumblies Theatre); and New York/Kanón:no (La Mama Theatre).

Aside from being the Founder of Bare Medicine Productions, Ms. Foote is an Indigenous Full-Spectrum Doula and a Sexual Health Educator at the Native Youth Sexual Health Network, where she’s worked for over 10 years. She loves art-based learning, workshops, research & reproductive justice work. She is an activist, passionate about justice around sexual and environmental violence and abuse, mental health, and other social injustices imposed by life, A.K.A. colonialism. Ms. Foote has attended many high level meetings (UNFPA, UNESCO, AIDS 2016 (international AIDS conference) and AIDS 2020: Virtual) to speak the truth about Indigenous realities.