Around the time Dr. Susan Kahn was doing her medical training, there was an explosion in knowledge about genetic factors involved in a condition known as venous thromboembolism. It happened that some of her family members were affected – and she found herself drawn to the field of thrombosis medicine.

Fast forward a few decades and Dr. Kahn, an internist and a clinical epidemiologist based at the Jewish General Hospital, a tenured professor in McGill University’s Department of Medicine and Associate Chair for research there, has contributed enormously to the understanding of venous thromboembolism, a serious medical condition affecting more than 50,000 Canadians every year.

Venous thromboembolism is an umbrella term for blood clots in the leg veins known as deep vein thrombosis and blood clots in the lung vessels known as pulmonary embolism. In addition to genetics, risk factors for this condition include surgery, hospitalization, cancer, pregnancy and hormone replacement therapy.

She is founder and director of the Centre of Excellence in Thrombosis and Anticoagulation Care at the Jewish General. In providing both patient care and conducting research, “the centre aligns with the hospital mission as a research-intensive hospital that provides excellent patient care,” says Dr. Kahn.

With a team including medical, research, teaching and administrative staff, the centre began to operate in 2012 and got its own state-of-the-art home in 2018. The hospital foundation was instrumental in the establishment of the centre, located in Pavilion B. “We were scattered throughout the hospital. Now we are all able to be together,” she says.

Dr. Kahn holds a Canada Research Chair in Venous Thromboembolism and her research interests focus primarily on clinical trials of interventions to prevent, diagnose and treat venous thromboembolism. She has more than 300 publications in the field.

Until now, most research on venous thromboembolism has focused on its acute, short-term, complications. But her research looks at how and why there are sometimes long-term health problems – why some patients recover quickly and others face lifelong and debilitating complications in the form of a condition known as post-thrombotic syndrome. She is the world’s foremost expert in the field.

Dr. Kahn is a founding member of the CanVECTOR Network, a national venous thromboembolism research and training group with 200 researchers and students co-led by her. 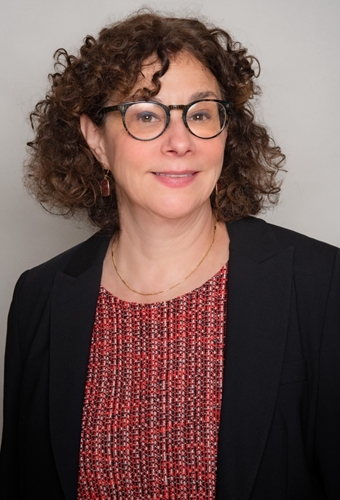 “I also started the McGill Thrombosis Fellowship, a training program that receives young physicians from all around the world – a one-year fellowship that makes them experts in thrombosis,” she says. From 2007 to 2018, she was its program director.

“In the past couple of years, our program has been approved by the Royal College (of Physicians and Surgeons of Canada): It’s one of only three such fellowships in Canada with this approval. Having the Royal College stamp means a lot,” she says.

Dr. Kahn is married to a physician – and the pandemic has had them talking shop together more than usual. As a specialist in infectious disease, he was involved in treating COVID – and she became involved as a thrombosis physician when it became obvious early on that patients with COVID who were hospitalized had a far greater chance than others of blood clots.

“Our team has done some important clinical trials – a couple were published in the New England Journal of Medicine – to see if we could improve outcomes with different doses of blood thinners,” says Dr. Kahn. “In one of the trials, in hospitalized patients not in the intensive care unit, we found a higher dose of blood thinners led to a better outcome,” she explains. “But in ICU-admitted COVID patients, being given a higher dose of blood thinner did not have benefits and, indeed, maybe meant worse outcomes.”

Among the many honours Dr. Kahn has received was her 2016 election into the fellowship of the Canadian Academy of Health Sciences –one of the highest honours in Canada’s academic community.

In 2017 she was among the “Grands noms de la médecine au Québec” named by Quebec’s federation of medical specialists and, in 2018, named co-chair of an international medical meeting in Montreal expected to draw more than 10,000 delegates from around the world – the 2023 congress of the International Society on Thrombosis and Haemostasis at the Palais des congrès de Montréal. For Montreal and the Jewish General Hospital, “it is a huge coup,” she says.

To relax, Dr. Kahn enjoys reading and cooking. Two of the couple’s three adult children live out of town and they enjoy visiting them. She also loves outdoor activities like hiking, biking and kayaking – and, during a recent vacation in Oregon, she and her husband did all three.