Imagine you are ill, and your doctor cannot explain why. You go through test after test and see numerous specialists, but not one can explain what is causing your symptoms. You remain sick, always knowing something is wrong, but never getting any answers.

This was Shawnea Roberts’ reality for years. The story of her illness began before she was even born. Her mother developed an allergy to metals during pregnancy, and Shawnea was born with extreme allergies to diapers, creams, baby formulas, antibiotics and all types of metal.

“My allergies were so bad that when I was 16 years old I wore a necklace to bed, and when I woke up the next morning, the skin around my neck and chest looked like that of a reptile. That rash lasted until I was 24,” says Shawnea.

After many years and countless doctors’ visits, Shawnea was diagnosed with eczema, and prescribed ointments and creams to help alleviate the frequent, painful rashes. But nothing helped. Nothing. Shawnea grew more and more frustrated. Her mysterious reactions caused severe pain and mental anguish. And this was only the beginning. 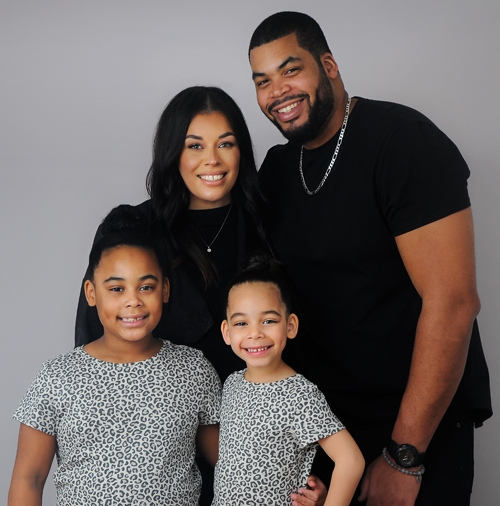 Refusing to let her illness dictate her life, Shawnea became pregnant with her first child at the age of 24. She endured an infection that hospitalized her for a week, but ultimately her daughter, Jaelyn, was born healthy. Six months later, still a new mother, Shawnea woke in the night with severe chest pain.

“I have a very good tolerance for pain, but this put me at my limit,” says Shawnea. “We went to the emergency room at the Royal Victoria Hospital, and you could tell that the doctors were puzzled, seeing these symptoms in such a young person.”

Scans revealed twelve nodules in Shawnea’s lungs and enlarged lymph nodes throughout her body. She was diagnosed with cancer: Stage 4 Hodgkin’s Lymphoma. Strangely, her bloodwork was normal, showing no signs of the cancer that was so obvious on the scans. She began treatment, and after sixteen rounds of chemotherapy, the cancer shrunk but never fully went into remission.

Eight months after her last chemotherapy session, on her 26th birthday, Shawnea was told something no cancer patient wants to hear: the cancer was back. She was forced to put her dream wedding to her partner Ryan Maxwell on hold, instead preparing for a stem cell transplant. But Shawnea wanted to go through this next phase of treatment with Ryan as her husband.

“Being married was so important to me, and my family planned a wedding for us in only five weeks,” says Shawnea. “We were married surrounded by the people who love us most. It was the most beautiful night of our lives.”

Newly married, Shawnea underwent a biopsy before the transplant. It was inconclusive. Six months later, a second biopsy was also inconclusive. Finally, a third biopsy came up negative. After being told the cancer had returned 18 months before, Shawnea was cancer free. Her family and her doctors were mystified. Something was clearly not right.

“Learning I had cancer again broke me, and then I was told I was cancer free. I had put so many plans on hold, and I wondered if I dare dream of the future,” says Shawnea.

Determined to live the life they planned, Shawnea and Ryan welcomed a second daughter, Jordyn.

“My life was turning a corner, but there was also a cloud looming in the background,” says Shawnea. “There would always be the ‘scanxiety’ to deal with, and it was made real when they found an enlarged lymph node in my groin a month after Jordyn was born. But again, the biopsy proved inconclusive.”

After years of strange and seemingly-unrelated illnesses that her doctors could not explain, Shawnea was referred to Dr. Donald Vinh. Dr. Vinh is one of the foremost experts in genetic diseases related to infection and immunity in the country. When he heard Shawnea’s story, he promised to find the gene that would explain all of her health issues.

“That first meeting with him had me and my mother in loud, heaving tears,” says Shawnea. “My mom jumped up and hugged him at one point.”

Dr. Vinh enrolled Shawnea in genetic testing and vowed to get to the bottom of the illnesses that plagued her throughout her life.

“In one instant, cancer can take it all away from you. In that first meeting, I knew Dr. Vinh would do anything to give it all back and explain why it happened in the first place. He listened to me, but more importantly he heard me,” says Shawnea.

Today, Shawnea is still working with Dr. Vinh to get to the bottom of her illness. Grateful for his support, she is fundraising to help build the Centre of Excellence for Genetic Research in Infection and Immunity, a new centre at the McGill University Health Centre (MUHC) that will specialize in discovering and treating diseases like hers. The centre will house new equipment and expert personnel to help Dr. Vinh diagnose and treat the thousands across Canada living with little-known genetic diseases.

Dubbed the SDR Project—Shawnea’s initials—the initiative was born out of Shawnea’s wish to ensure no one else has to endure what she has. In partnership with her mother, Darlene Hindley, grandfather Jim Hindley and her entire family, Shawnea’s goal is to raise $2.5 million in five years to make the new centre a reality.

The SDR Project, an initiative of the MUHC Foundation, will provide new hope for those living with unexplained illness. To support Shawnea’s big dream to help others like her, visit muhcf.akaraisin.com/ui/sdrproject