It’s not often that a working artist ever gets to see his own paintings in a museum’s permanent collection, but as of next month, Québec’s Marcel Dargis will get to see an entire exhibition dedicated to his own work hanging in Magog’s Musée International d’Art Naif – Magog’s international Naïve Art Museum. 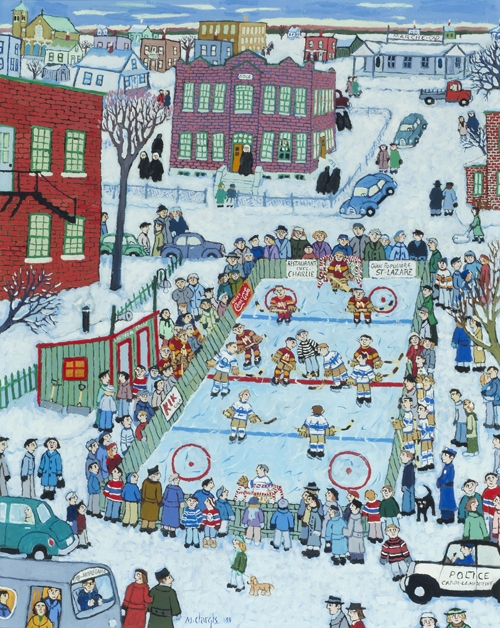 “We wanted to meet him,” said author Robertson Davies, “… for though we were neither of us naïve people, we had not wholly lost our belief that it is delightful to meet artists who have given us such pleasure.”

According to Montreal author Louis Leprohon, that’s exactly what’s happened to Dargis because Québec’s local art community is finally beginning to pay attention to one of its older artists who, at 92, remains determined to have each and every one of his paintings tell its own story about Québec, its culture and its people. Born and raised in a tiny parish (Cap de Madeleine) located near Three-Rivers back in 1928; Dargis took to painting when he was still in grade-school. Alas, and for all of the usual reasons, Dargis was not encouraged to pursue his passion after which he decided to remain in Québec’s civil service during what historians still describe as Québec’s ‘dark period’ – ‘la Grande Noirceur’ under the Duplessis administration. At 40, he decided that it was now or never so he picked up his brushes, and began to paint again. As a mature painter, Dargis dabbled with some early experiments, including some abstract work, before he began to develop his own ‘naïve’ style that will continue to reflect Québec’s story for generations to come. 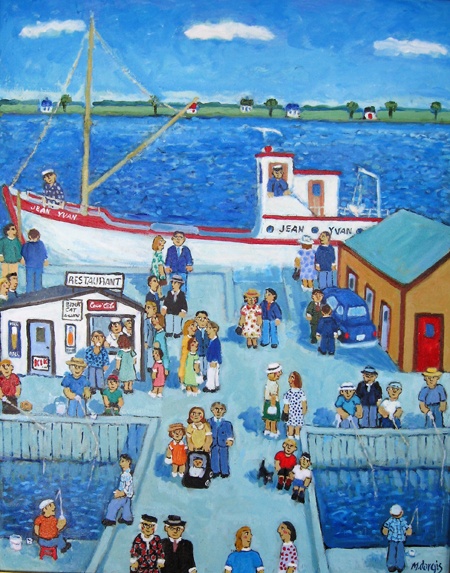 “Let my brushes tell you more,” said Dargis in a recent televised interview.

Nostalgia plays a big role in the man’s work as he readily admits that many of his paintings reflect the life he knew as a boy growing up on the streets of Québec’s Cap de Madeleine. While Québec’s political narrative still defines this period as the beginning of its infamous ‘Grande Noirceur’ (the ‘Great Darkness’) under the Duplessis administration, there’s nothing dark about a Dargis painting where boys chase the puck on local ice rinks while neighbors have a chat on the way home. Even as he makes a point of working his way around the  ‘Beaux arts’ context that defined so much of Québec’s visual art community during this period, a Dargis painting is anchored in a time and place that leaves no room for any kind of doubt about the work’s honesty. Based upon a cursory web-based look at the man’s work over the past few decades, Dargis continues to paint scenes that are full of people living a full life within a world that has yet to impose itself on anyone. There are no skyscrapers in a Dargis painting, no ‘strip’ malls, no ‘drive-thru’ restaurants on the gasoline alley that tears through the heart of a local south-shore suburb. Houses are built on a scale that suit people’s expectations, and the local hockey rink is the center of the town’s social life for as long as the ice can last through the spring. 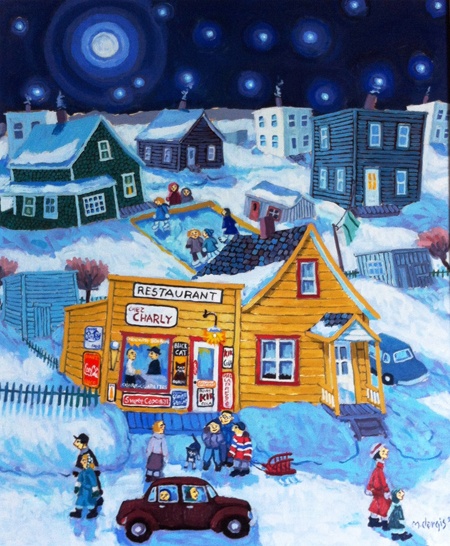 While most, if not all of his work strikes a nostalgic chord in a province where language and cultural issues continue to dominate its political dialogue, a Dargis painting raises questions about collective memory in a province  that often takes its own history for granted when its government doesn’t treat it as little more than an after-thought. Based upon what Dargis has done with ‘Grosse Ile 1847’, this stark and honest painting refutes the current political narrative and its overt refusal to accept the truth about what successive waves of immigrants – be they Irish, Italian or Jewish – did to help build this province. For some, that becomes the truth that has all the romantic appeal of a cold shower, but for everybody else, it’s the truth that can set you free.

While naïve art can usually rely upon both its honesty and sincerity to maintain its place within a contemporary art community that’s presently struggling to work its way out of its ill-fitting academic corset, the truth is that it also risks the danger of sliding into what’s merely decorative, trite and quite possible kitsch.

Based upon what’s to be seen next month at the MMIAN exhibition, Dargis avoids this trap as his work continues to mark the line between the honesty of his own ‘vécu’ – his own experience and the collective ‘vécu’ of an entire generation that’s rapidly fading into its own distant memory. In much the same way as a family can cherish the memories raised by an old wedding photo, a Dargis painting will do much the same thing for Québec: a land for which ‘Je me Souviens’ remains far more than a just slogan on the province’s license plates. 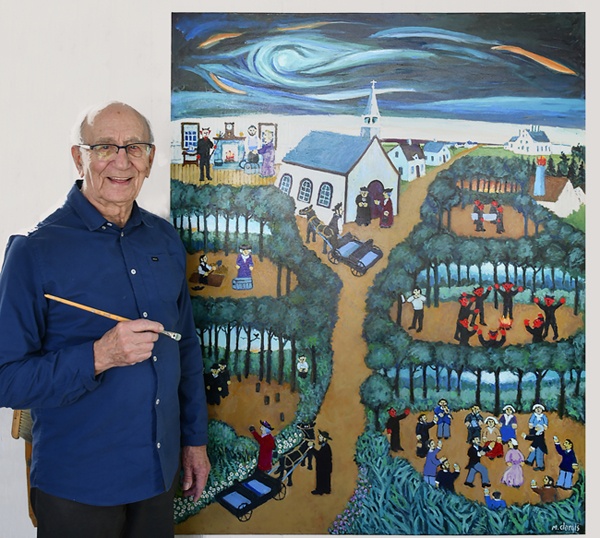