The Best of Tanglewood On Parade
Hosted by James Taylor 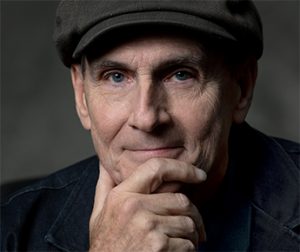 This free online fundraising event hosted by James Taylor will feature the Boston Symphony, Boston Pops, and Tanglewood Music Center orchestras, as well as the Tanglewood Festival Chorus and Boston Symphony Children’s Choir, under the direction of Andris Nelsons, Keith Lockhart, John Williams, and James Burton, among others, in a video-streamed performance of highlights from recent Tanglewood On Parade concerts, including the traditional 1812 Overture.

One of Tanglewood’s most beloved traditions, Tanglewood on Parade (TOP) dates back to 1940, when BSO Music Director Serge Koussevitzky organized an “Allied Relief Fund Benefit.” This day-long event included performances by students of the newly founded Berkshire Music Center (now Tanglewood Music Center) featuring chamber music, orchestral music, brass fanfares, opera scenes, and choral works, culminating with a gala concert in the Shed with the BSO and the Music Center orchestra. In 1946, following WWII, the benefit was renamed Tanglewood on Parade and has become an annual celebration of and a fundraiser to support the activities of the Music Center.

Fundamentally, the event has remained unchanged throughout the years including the final offering a performance of Tchaikovsky’s 1812 Overture played by a combined BSO and student orchestra, and featuring real canons, and fireworks.