Paris in the Days of Post-Impressionism: Signac and the Indépendants

The Montreal Museum of Fine Arts (MMFA) invites visitors on a journey to the artistic effervescence of France at the turn of the 20th century with its exhibition Paris in the Days of Post-Impressionism: Signac and the Indépendants. Through over 500 works from an outstanding private collection, including the largest set of works by Paul Signac, the public will discover a magnificent body of paintings and graphic works by Signac and avant-garde artists: Impressionists (Degas, Monet, Morisot, Pissarro), Fauves (Dufy, Friesz, Marquet, Vlaminck), Symbolists (Gauguin, Redon), Nabis (Bonnard, Denis, Lacombe, Sérusier, Ranson, Vallotton), observers of life in Paris (Anquetin, Ibels, Steinlen, Toulouse-Lautrec), Cubists (Picasso, Braque), Expressionists (Feininger, Heckel), and above all, the Neo-Impressionists (Angrand, Cross, Hayet, Lemmen, Luce, Seurat, Van Rysselberghe). 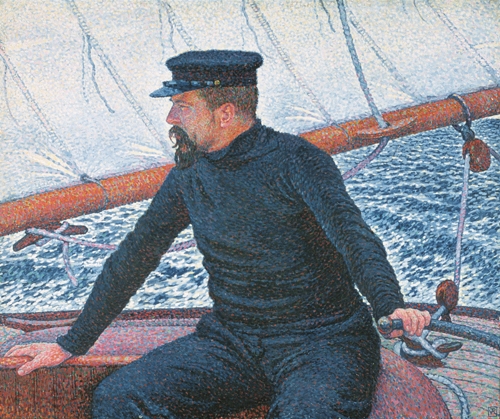 Visitors will learn about the social and pictorial issues of the era and what prompted a group of artists led by Signac to create the Salon des Indépendants in 1884, which promoted the democratic ideal of an exhibition with “neither jury, nor award.” Art, they believed, should be accessible to all and could contribute to the common good. From its inauguration in 1884 to the First World War, the Salon des Indépendants served as a platform for major art-historical developments of the time including: Neo- Impressionism, the Nabis movement, Symbolism, Fauvism and Cubism.. The exhibition situates the Indépendants in the socio-cultural and political context of Paris during the Belle Époque.

Paul Signac and the Salon des Indépendants, 1884-1914
Paris, 1900: a revolution was underway in the Belle Époque. “Art for all!” declared artists who exhibited at the Salon des Indépendants under the motto “neither jury, nor reward.” Co-founder of the Salon des Indépendants, Paul Signac (1863-1935) made a name for himself as the theoretician of the so-called “postimpressionist scientists.” Inspired by the chromatic theories of Charles Henry, Ogden Rood and Michel-Eugène Chevreul, he applied pure colour to the canvas in tightly placed dots, such that the form would emerge from the optical blending in the viewer’s eye. With his “divisionist” technique, he sought to create total art somewhere between the paradise lost of the golden age and social utopia. Signac championed positivist painting, which promoted technical and political modernity. The new pointillist style of his “Neo” peers spread quickly from Paris to Brussels, glorifying the better days to come. According to the writings of such critics as Fénéon, Signac positioned himself as an engaged intellectual in the era of the Dreyfus affair. 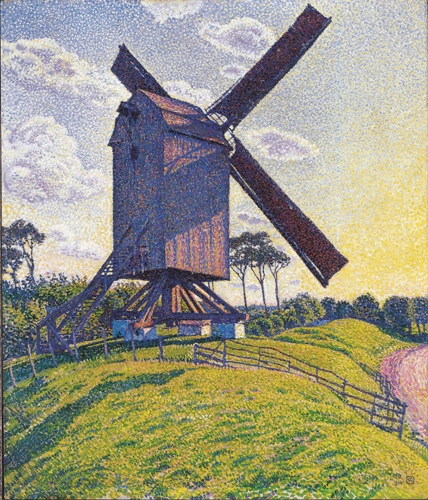 “Justice in sociology, harmony in art: one and the same thing.” These words uttered by Signac sum up the vision he applied to both politics and art and reveal his quest for social justice and harmony. Nearly 80 creations by Signac will enlighten us on the artist’s quest for social and chromatic harmony as well as on other movements born of the turbulent era, including Symbolism, Nabism, Fauvism and Cubism. The first Canadian exhibition of this scale dedicated to Neo-Impressionism, Paris in the Days of Post- Impressionism is a unique opportunity to view these works together, many of which have never been exhibited before.

Nathalie Bondil, Director General and Chief Curator of the MMFA, explains: “More than a showcase of the Salon des Indépendants, this exhibition celebrates the spirit of independence: the creative freedom of artists, experimentation with techniques, the audacity of caricatures, the desire for women’s emancipation, popular revolt in a time of anarchy, art displayed everywhere in the streets for everyone, seashores bathed in sunlight, and unfettered imagination. This Montreal exclusive brings together a magnificent oeuvre of avant-garde paintings and graphic works from the Belle Époque. 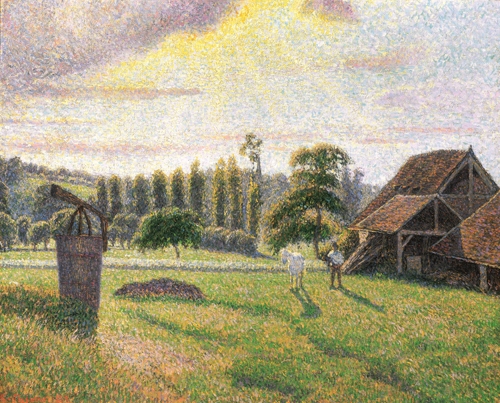 “Our thanks go to our friend and art collector who is unveiling his exceptional collection in its largest-ever presentation; a collection that is unequalled in representation of Signac and the Neo-Impressionists. My friendship with this exemplary and generous collector has blossomed through our exhibitions together, from Maurice Denis in 2007, to Lyonel Feininger in 2012, Chagall in 2017, Toulouse-Lautrec in 2016 and, finally, this new exhibition!”

Commenting on the work that went into producing the exhibition, curator Mary-Dailey Desmarais adds, “It has been a tremendous pleasure to work with this truly exceptional collection. Together with the superb teams at the MMFA and the cocurators of the exhibition, Gilles Genty and our Director General and Chief Curator Nathalie Bondil, I hope that visitors will come away having learned more about artistic freedom, ‘indépendance’ and the power of art to create social change.” 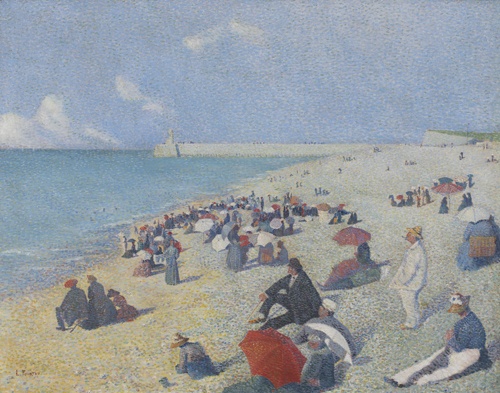 “Some exhibitions simply illustrate an era; this one instead invites visitors to experience the extraordinary aesthetics of the late 19th century. For me, it has been a great privilege to be part of this adventure,” says Gilles Genty, guest curator.

Rare loans
In addition to the over 500 works from the private collection, two rare pieces have been loaned to the Museum from the archives of Paul Signac’s descendants. One is the portrait Paul Signac as a Yachtsman (1896) by Theo Van Rysselberghe (1862-1926), and the other is a sketch for In the Time of Harmony (1893) by Paul Signac that will enable the public to learn more about this masterpiece, which cannot be transported owing to its size.

A free audioguide is also available on the MMFA’s mobile app to accompany visitors in their exploration of the artworks and provide the social and political backdrop of the era.

Public safety measures
All of the recommendations of the Government of Quebec and the Commission des normes, de l’équité, de la santé et de la sécurité du travail (CNESST) have been implemented to make sure visitors feel at ease and are entertained during their outing at the Museum. A visitors guide detailing these measures is available on the Museum website at: mbam.qc.ca/en/information/guidelines-for-visitors-2/.

It is important to note that visitors must purchase their tickets online by selecting the date and time of their visit. Museum Members must also reserve their tickets online, which are free given that admission is included with their membership. Running until November 15, 2020
Online ticket office: mbam.qc.ca/en/ticket-office/