Back for another year at Just For Laughs, Brit(ish) boasts a lineup of some of the funniest comedians from across the pond. Hosted by one of the biggest selling live acts in UK comedy, Jimmy Carr and featuring special guest, the hilarious Sarah Millican, plus Jamali Maddix, Mawaan Rizwan, Fin Taylor, and Flo & Joan.

If you like your comedy with a wry British twist – Jimmy Carr is your man. He’s been a comedian for over a decade and a half, performed 10 sell-out tours, performing over 2,500 shows to more than 2 and a half million people. He’s won the British Comedy Award for ‘Best Live Stand-Up Tour’, been nominated for the Perrier Award and in 2016 became the first UK comedian to record a special for Netflix.

His television credits include 20 seasons as host of panel show 8 Out Of 10 Cats, 16 seasons of spin-off 8 Out Of 10 Cats Does Countdown and 10 years presenting Channel 4’s Big Fat Quiz Of The Year. He has also hosted three seasons of Roast Battle on Comedy Central UK and in 2018 hosted The Fix on Netflix. 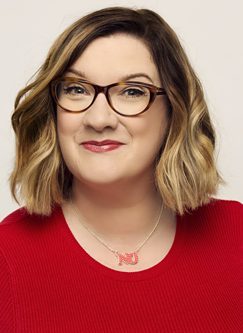 Jimmy Carr will be joined by guest-host Sarah Millican. Sarah established herself by winning the Best Newcomer Award at the 2008 Edinburgh Fringe. She has sold out five national stand-up tours and her debut special went on to be the biggest selling DVD by a British female comedian. Sarah has also hosted three seasons of her critically acclaimed BBC2 series The Sarah Millican Television Programme, for which she received two BAFTA nominations.

In October 2017 she released her first book, How To Be Champion, which is part autobiography, part self-help. It became The Sunday Times No.1 Bestseller on release and shot back in to the bestseller list when published in paperback in May 2018. Sarah is also a founder member of Standard Issue, a smart, funny magazine style podcast made for women by women.

Brit(ish) will be at MTelus on July 26 and 27. For tickets please visit: www.hahaha.com