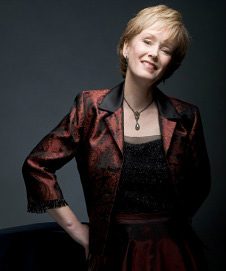 Vox Aeterna is excited to celebrate the sixth annual Festival de la Voix, promoting live music, Canadian composers, and professional and emerging artists in nine exciting, varied concerts (including two school concerts), as well as offering four outstanding workshops. From March 16 to 31 in the West Island (Dorval, Pointe-Claire, Beaconsfield, Lachine), Festival de la Voix Founder and Artistic Director Kerry-Anne Kutz welcomes people from all over the city to come together once again to explore, enjoy and celebrate the beauty, versatility and power of the human voice. 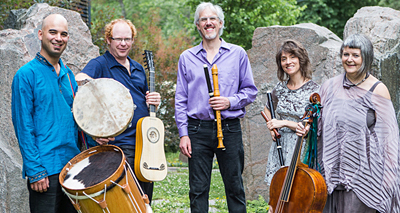 Kutz is proud of how the Festival has grown, “We’ve gone from presenting three concerts in 2013 to nine concerts this year. We now have concerts for very young children as well as for primary and secondary school students. Every year we add more culturally diverse music to the program. For this sixth edition we feature music of Canada, Europe, the Middle East, India, Sweden, Africa and Indigenous Peoples,” she said. Kutz adds, “I want everyone to have the chance to hear these incredible artists and their music that inspires and moves me deeply. Live music helps us to be better, smarter, more generous and understanding people.”

From Sweden to the Orient: Musical magic at Festival de la Voix

The 6th Festival de la Voix promotes peace and respect for all through presenting different kinds of music. Kutz is delighted with this year’s lineup, “I’m so pleased to bring Kongero to the Festival; this is the first time we are presenting a group from outside Canada. I’m thrilled to have Juno award winner Kim Richardson as well as the young indie group Oliver Forest, who have recently been selected to represent Quebec in a national competition for the best band in Canada. And it’s always a pleasure to welcome Natalie Choquette, who continues to charm and amaze her audiences.” 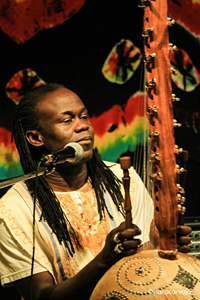 High-calibre workshops on offer this year include: Singing in Harmony, with Sweden’s Kongero; Fit to Sing, teaching how to get the best out of your voice; Choral Horizons, delving into the world of a cappella choral music with Andrew Gray; and Singing the Spiritual with Floydd Ricketts.

Workshop scholarships are available upon request to those in need, particularly teenagers and young adults who don’t have the opportunity to study privately.

Festival de la Voix is unique–including concerts and workshops for people of all ages, from toddlers to senior citizens. The Festival’s mandate is to bring various communities together to celebrate music and the coming of spring.