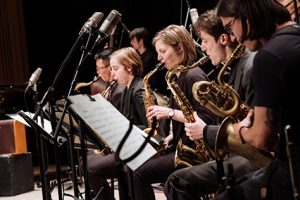 McGill is ranked as one of the top universities in the world; famous for its faculties of Medicine, Law, Chemistry and Business. Perhaps equally famous is the Schulich School of Music, which has an excellent reputation for the development of classical musicians, voice and jazz performers, music researchers and music technologists. Performance is an integral part of musical training, and each academic year, the school hosts and incredible six hundred-plus events. In addition to concerts, there are conferences, master classes and other non-performance events. Most are free – for the paid events, the highest ticket price is just $20. (The exceptions are the Opera McGill performances with ticket prices ranging from $25 to a little over $50 (including taxes). Moreover, it’s an opportunity to see some the best up-and-coming musicians and singers. Sort of like the World Juniors Hockey Tournament is a showcase for future stars in the NHL.

These future top performers are studying in disciplines that include: classical, baroque, opera and jazz. Every performance student is required to participate in several different ensembles during their time at the school, which range from chamber music groups to full choirs.

In this issue, we’ll provide an overview of the Schulich School of Music and of the concerts that are available. In subsequent issues, we’ll have a deeper look into the individual departments and disciplines, such as the internationally renowned sax player Christine Jensen being the Artistic Director of the McGill Jazz Orchestra I (there are two jazz orchestras). 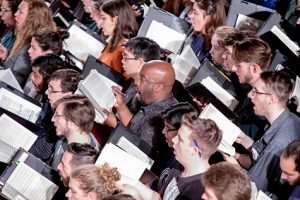 When touring the school with Annie Saumier, the school’s Director of Communications and Production, I could feel the energy of the students in the practice halls and choral groups. There was music in the air – quite literally!

There is one opera rehearsal studio, large enough so that the Pollack Hall stage can be replicated and mapped out, enabling the student performers to get an accurate sense of the actual stage where they will be performing. Students have multiple practice rooms and studios available.

There’s a lot going on every day at McGill’s Schulich School of Music, from the McGill Symphony Orchestra to the McGill Jazz Orchestra I and II and the various vocal programs. We plan to provide an ongoing series of articles about the programs, and the star performers and professors who are teaching. The school has an active development program to assist in the funding of all these activities, and you can learn about the donation process on the school’s web site. Please visit: www.mcgill.ca/music for an informative walk through all things musical at McGill’s Schulich School of Music.