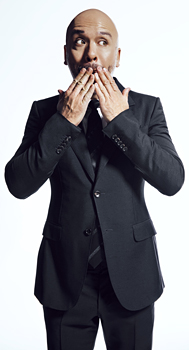 Jo Koy’s Break The Mold Tour will be coming to Just For Laughs this summer. In 2017, Koy broke a record for the most tickets sold by a comedian at Blaisdell Concert Hall in Honolulu with 11 sold-out shows and over 23,000 tickets sold. The 2018 tour will have close to 200 shows and will be coming to venues all over the U.S., Canada, Europe, Australia and Asia.

With all new material, Koy brings his personal life to the stage sharing what it’s like raising a teenage son to growing up with a Filipino mother. One of today’s premiere stand-up comedians, Jo brings an infectious and explosive energy on stage. His Montreal shows will take place Saturday, July 28 at 9:30 pm, at Maison Symphonique at Place des Arts. 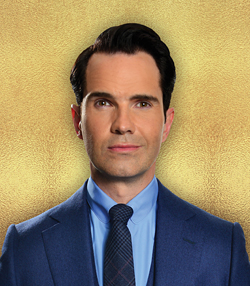 Jimmy Carr: The Best Of, Ultimate, Gold, Greatest Hits World Tour will come to Montreal for nine shows, straight off his critically-acclaimed North American tour. He’s gathered a selection of his very best material along with brand new bits for the ultimate comedy show.

A man who has devoted his life to crafting perfect jokes and one-liners and has left a trail of laughter in his wake, Jimmy Carr’s new tour will distil everything we love to laugh at and be shocked by, into one incredible, unparalleled night of entertainment. 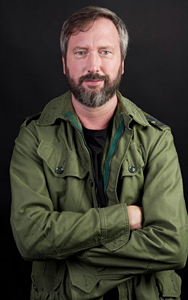 Tom Green will perform on Wednesday, July 25 at the Maison Theatre.

Canadian comic, Tom Green, is coming to Just For Laughs this summer to perform, Tom Green: One Night Only! Green will make you laugh all night with his brilliant cracked view of the world around him. Anyone who is a fan of Tom will tell you he’s as maddeningly funny as he is unpredictable and this show will be no exception! With a broad career on stage and in film, he has cornered the market on the absurdity with appearances on Trailer Park Boys and Workoholics and in the movies Freddy Got Fingered and Road Trip. His show will be on Wednesday, July 25 at 9:30pm, at the Maison Theatre. 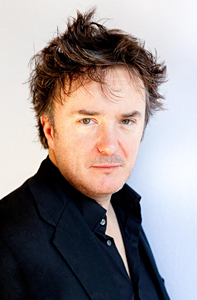 Dylan Moran has been described as “The Oscar Wilde of comedy”

Award-winning comedian, Dylan Moran, will be bringing his new show, Dylan Moran-Grumbling Mustard. Moran is regarded internationally as the premier comedian of his generation, being called “The Oscar Wilde of comedy,” by The London Evening News and “The greatest comedian, living or dead,” by Le Monde. Two performances, the first on Thursday, July 26 and Saturday, July 28 at 7:00pm, at the Maison Theatre. 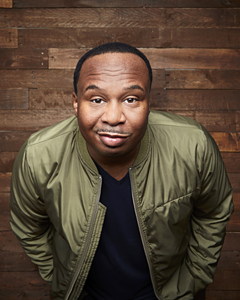 Entertainment Weekly described the thought-provoking comedy of Roy Wood Jr. as “Charismatic Crankiness.” Currently, he’s the host of the widely-successful Comedy Central show This Is Not Happening, and a correspondent on The Daily Show with Trevor Noah. Roy has been described by the Hollywood Reporter as “A Standout” and was named one of the 2016 ‘Variety’ magazine 10 Comics to Watch. He’ll be entertaining Just For Laughs audiences with his solo show, taking place Friday, July 27 at 9:30pm, at Cinquième Salle. 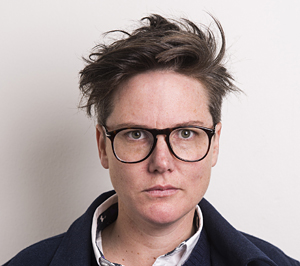 Hannah Gadsby has created a truly global phenomenon with her
masterpiece, Nanette

Australian comedian Hannah Gadsby has created a truly global phenomenon with her masterpiece, Nanette, which earned her Australia’s most prestigious comedy award ‘The Barry’ for Best Show at the 2017 Melbourne International Comedy Festival, as well was the world’s biggest prize for live comedy, the Best Comedy Show award at the Edinburgh Festival Fringe. The show went on to sell out two seasons in London and a three-month run in New York,  described by the New York Times as “a riveting New York debut at SoHo Playhouse that announces a major new voice”. In 2018, Nanette will be released on Netflix worldwide, and her visit to Montreal for Just for Laughs will be the last time Hannah performs Nanette on the stage. Don’t miss the chance to be spellbound by one of Australia’s most applauded comedians,  and the inner workings of Hannah’s unique mind on Thursday, July 26, at 9:30 pm, at the Maison Theatre. 18+