Galas, solo shows, The Ethnic Show, The Nasty Show and OFF-JFL make up the world’s biggest comedy fest – right here in The MTL 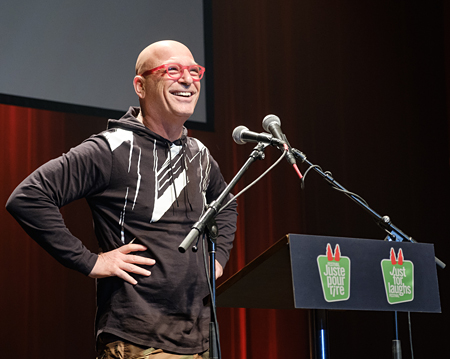 Just For Laughs has been synonymous with presenting the who’s who of comedy at their prestigious Galas, taking place over five evenings at the elegant Salle Wilfrid-Pelletier at Place des Arts.

Festival favourite and new co-owner Howie Mandel, is returning for the fourth consecutive year to host the popular gala with a lineup of top comedic stars. Winning over audiences for over 30 years in the business, Mandel continues to push the creative boundaries of the entertainment industry. The Howie Mandel All-Star Comedy Gala will take place on Thursday, July 26 at 6:30pm, at Salle Wilfrid-Pelletier at Place des Arts. 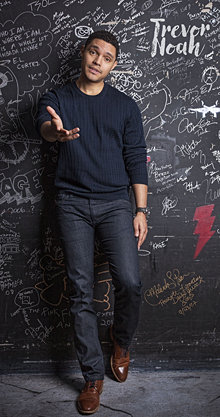 Returning to Just For Laughs after 22 years, Jeff Dunham, a top grossing comedian, will make his way back to the festival this summer. Dunham holds the Guinness World Record for “most tickets sold for a stand-up comedy tour”, with some of the most top-rated comedy specials to ever air on Comedy Central in the US and The Comedy Network in Canada. With YouTube videos surpassing over one billion views, Jeff Dunham will return to Montreal to be the master of ceremonies of two multi-comic galas, The Jeff Dunham Galas on Friday, July 27 at 7:00PM and 9:45PM at Salle Wilfrid-Pelletier in the Place des Arts.

Emmy and Peabody-Award-winning host of The Daily Show, comedian/host/author Trevor Noah will be returning to Montreal, once more to host two Just For Laughs Galas. One of the funniest men in the late-night talk-show sphere, Noah regularly tours, bringing his unique brand of up close and personal stand-up to audiences everywhere. Join Trevor Noah as he hosts two different multi-comic Galas this summer, taking place on Saturday, July 28 at 6:00 pm and 8:30 pm at Salle Wilfrid-Pelletier at Place des Arts. 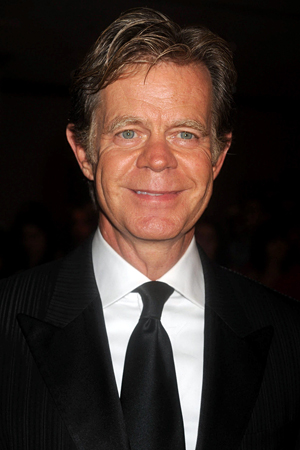 Academy-award nominee and Emmy-award winning actor, William H. Macy, will host his first Just For Laughs gala this summer. The critically-acclaimed actor has received multiple award nominations for such films as Boogie Nights, Fargo, and Magnolia; and is most recently recognized for his role as Frank Gallagher in SHOWTIME’s award-winning comedy-drama series Shameless. William H. Macy will steal the stage as host of the multi-comic gala, The William H. Macy Gala on Sunday, July 29 at 7:00PM at Salle Wilfrid-Pelletier in the Place des Arts. 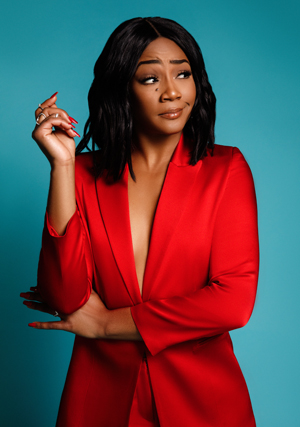 Arguably one of the hottest comedians today, breakout sensation Tiffany Haddish has quickly become one of the most sought-after comedic actresses and performers in the industry, but she is finding time to host her first ever Just For Laughs Gala this July. Haddish’s life growing up in L.A. has inspired her style of comedy both on and off stage. She will share her hilarious experiences when she makes her Just For Laughs hosting debut this summer at The Tiffany Haddish Gala. The show will feature a lineup of hilarious comedians and special guests for one show only, Saturday, July 28 at 11:00 pm at Salle Wilfrid-Pelletier at Place des Arts. 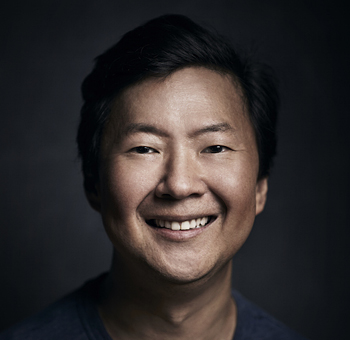 There’s never a dull moment when Ken Jeong is performing, whether it’s in movies, television or live on stage. This year, Jeong will be hosting his own multi-comic Gala. Best known for his role as Mr. Chow in the movie The Hangover, Dr. Kuni in Knocked Up, and Prof. Chang in Community and the upcoming summer film, Crazy Rich Asians, Jeong is notorious for picking roles that steal the scene – or maybe it’s talent. Ken will host The Ken Jeong Gala on Thursday, July 26 at 9:45pm, at Salle Wilfrid-Pelletier at Place des Arts.

Comedian, impressionist, voice artist, writer, producer actor, five-time Emmy award nominee, Will Forte, has established himself as one of the most versatile actors in film and television over the past fifteen years. Breaking out into the comedy scene as a cast member on NBC’s Saturday Night Live, Forte is most widely recognized from his many film roles, including MacGruber, Lego 2, Oscar-nominated film Nebraska, and his most recently Emmy-nominated role on Fox’s The Last Man on Earth.  For the very first time in his notable career, Will Forte will be coming to Just For Laughs with The Will Forte Gala at Salle Wilfrid-Pelletier in the Place des Arts on July 25th2018, at 7:00 pm. 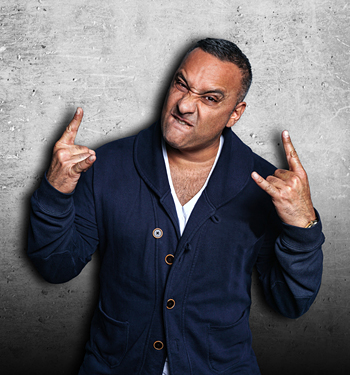 Russell Peters returns to Montreal this summer with his “Deported World Tour” show. It’s all new material including plenty of Peters’ own signature interactions with the audience. Peters returns to live touring after taking time off to film his smash hit CTV/Netflix series, The Indian Detective. He will hit the Just For Laughs stage on Thursday, July 26 and Friday, July 27 at 7:00pm, at Maison Symphonique. 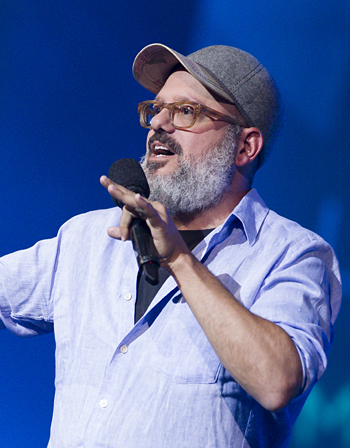 Just For Laughs recently announced that award-winning comedian, David Cross, will be attending the festival in Montreal. Playing many characters in TV and film; from the delusional Dr. Tobias Fünke on Arrested Development, to the “reshaped” Russ Snyder on The Unbreakable Kimmy Schmidt, David has established himself as one of the most charismatic comedic actors of our time. A veteran of the stand-up stage, his inventive style of comedy would have you questioning everything you know about yourself and the world around you if you weren’t so busy laughing yourself sick in his new stand-up show, David Cross “Oh Come On”. David’s one-night-only performance will be on Wednesday, July 25 at 7:00pm, at L’Olympia. 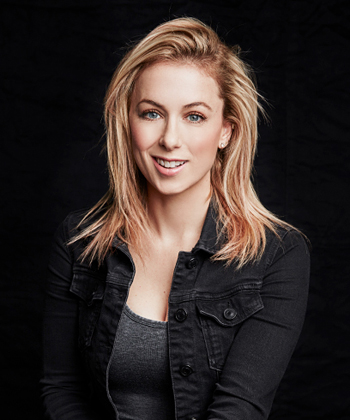 One of today’s leading comedians, Iliza, is bringing her new show, Iliza: Elder Millennial, to Montreal. In the last year, this multi-talented artist created and starred in the web series Forever 31 which can currently be seen on Hulu, released her first book Girl Logic: The Genius and the Absurdity, and hosted her limited run late night talk show “Truth & Iliza” on Freeform. She recently completed production on her fourth Netflix special Elder Millennial which is set to premiere later this year and will soon be seen on the big screen in the upcoming film Instant Family starring Mark Wahlberg and Rose Byrne. Critics state that Iliza’s one-night only performance is on the ‘must see’ list. Iliza: Elder Millennial will take place on Friday, July 27 at 9:30pm, at L’Olympia. 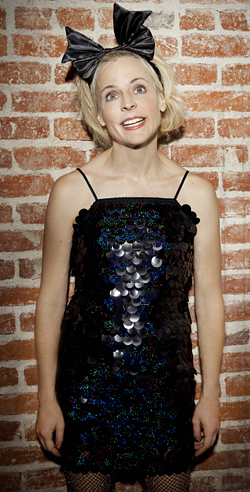 Stand-up comedian, actress, voice actress and writer, Maria Bamford, is returning to the festival with her unforgettable new show. Her twisted and brazen sense of humour has labeled her one of Rolling Stone’s 50 Funniest People, with Judd Apatow’s endorsement in the L.A. Times, citing that she’s “hysterically funny.” Bamford has starred in and created numerous comedy specials including her wildly successful Netflix series Lady Dynamite, and has appeared in such hits as Arrested Development and Fresh off the Boat. She’s also lent her unique vocal talent to Adventure Time and Kung Fu Panda. She is performing one night only Friday, July 27 at 7:00pm, at MTELUS.