The Fantasia International Film Festival will be celebrating its 22nd Anniversary in Montreal this summer, taking place from July 12 – August 1, with its Frontières International Co-Production Market being held July 19 – 22. A full lineup of over 130 feature films will be featured.

Fantasia is a cultural and professional destination point, and since its first edition, the festival’s ever-growing popularity has attracted the attention of the international film industry alongside a legion of attendees from across the world. Every facet of the filmmaking chain is increasingly represented with in-person delegates at the festival: directors, actors, producers, studio representatives, distributors and festival programmers, who get to experience the legendarily enthusiastic, taste-making audience of Fantasia. 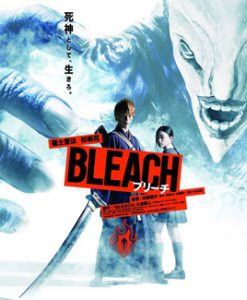 The most anticipated Japanese film of 2018 will have its International Premiere at Fantasia 2018 and completely blow everyone’s minds! Adapted from one of the world’s most popular mangas, BLEACH is directed by Shinsuke Sato (GANTZ, LIBRARY WARS) and masterfully portrays the epic fight between Shinigamis (Soul Reapers) and monstrous lost souls called Hollows. BLEACH fans will shed tears of joy as they see teenager Ichigo Kurosaki (AS THE GODS WILL’s Sota Fukushi) slice his giant sword through superbly designed Hollows, while the uninitiated will be amazed by this action-packed fantasy loaded with young rising stars and state-of-the-art special effects. BLEACH has everything one hopes for in a summer blockbuster… and much more! 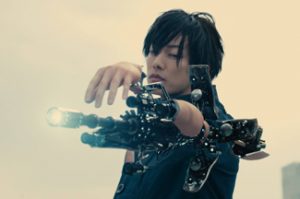 Another crowd-pleasing powerhouse directed by Shinsuke Sato, INUYASHIKI, will set Fantasia 2018 on fire at its Canadian Premiere. The film reunites Sato with the universe of mangaka Hiroya Oku, creator of GANTZ, in a live-action adaptation that perfectly balances fast-paced action, humour, and bloody thrills! Winner of the Golden Raven at the Brussels International Fantastic Film Festival, INUYASHIKI opposes a lovable bullied old man (comedian Noritake Kinashi) and a cold murderous student (RUROUNI KENSHIN’s Takeru Satoh), both turned into powerful cyborgs after a strange explosion. It’s a glorious, fun ride with far more depth than it seems.

Lastly, to cap the festival’s celebration of Shinsuke Sato, Fantasia will be showcasing a special screening of the filmmaker’s celebrated 2015 instant-classic of the zombie sub-genre I AM A HERO, widely regarded as one of the best horror films in recent years. Acclaimed everywhere it was shown, the film won numerous awards, notably at SXSW, Sitges and Brussels, and it will soon be ravaging Montreal in its long-time-coming Quebec Premiere! 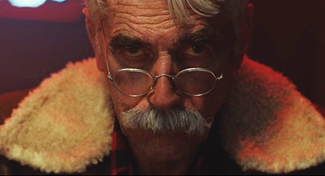 SAM ELLIOTT IS THE MAN WHO KILLED HITLER AND THEN THE BIGFOOT (World Premiere) Sam Elliott stars as a legendary World War II veteran who many years ago assassinated Adolf Hitler – an incredible secret that he’s frustratingly unable to share with the world. One day, just as he’s coming to terms with rounding out his life, Calvin gets a visit from the FBI and RCMP. They need him to take out Bigfoot. A wondrous feature debut from writer/director Robert D. Krzykowski, featuring visual effects by celebrated two-time Academy Award Winner Douglas Trumbull (2001: A SPACE ODYSSEY, BLADE RUNNER), who also co-produced alongside the great John Sayles and Lucky McKee. A fantastical discourse on the melancholia of old age and a singular blast of entertaining wit, THE MAN WHO KILLED HITLER AND THEN THE BIGFOOT (World Premiere) also stars Aidan Turner, Caitlin FitzGerald, and Ron Livingston.

For the festival’s full lineup of over 130 feature films visit: www.fantasiafestival.com

The 22nd Edition of The Fantasia International Film Festival takes place in Montreal July 12 – August 1 2018, once again returning to the mammoth Concordia Hall Cinema as its main base, with additional screens at the Cinémathèque québécoise and the McCord Museum.