Most on-air radio personalities lead a nomadic existence in the early years of their careers. From the outset, Aaron Rand has spent his entire career in Montreal; morphing from a newspaper sports writer to radio personality. He now hosts The Aaron Rand Show on CJAD, which is Montreal’s top-rated afternoon ‘drive’ program, airing weekdays from 4 – 7pm.

It takes a lot of talent to be successful on radio from the moment you first turn on the microphone – and even more talent to maintain top ratings as Aaron has done for decades. While many Montrealers are familiar with his successful career on CJAD and his previous work as the ‘morning man’ on CFQR, many aren’t aware that he started as a Sports writer for United Press International, and that his radio career came about almost by accident. 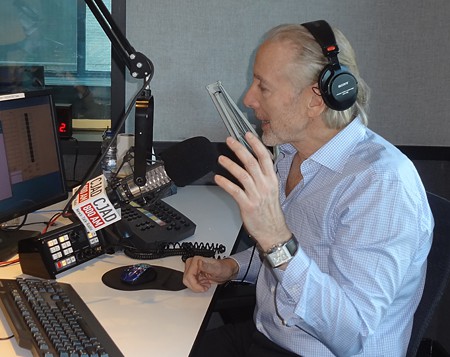 Aaron Rand has successfully adapted
from music to Talk Radio

“I grew up in the Snowdon area, went to Westhill High School, and then to McGill. I really didn’t know what I wanted to do – so I started my first year in Science, my second year in Arts, my third year in Commerce… and by my fourth year I was enrolled in journalism at Ryerson in Toronto.”

“While at McGill, I wandered into Radio McGill by accident, I just happened to walk downstairs instead of upstairs to play cards with my friends. The station manager showed me around studios and I was fascinated. I mentioned that I was a sports buff, and the next thing I knew I had a desk, a typewriter and I was ‘the sports guy’ for Radio McGill. The next year I transferred to Ryerson in their Radio and Television journalism program. It was journalism that finally stuck.”

“I’ve always been a sports buff – especially for baseball. I played Peewee locally, and by the time I was a Junior, I was playing with some very skilled guys in St-Henri. When I was going to Ryerson, I played for a team in the Leaside area, and two of my teammates were drafted by major league teams; one by the Detroit Tigers, and the other by the Pittsburgh Pirates.” During a recent conversation with colleague Andrew Carter, Aaron mentioned that he had been offered a baseball half-scholarship to attend a college in the US, but that the other 50% was too rich for his parents – and so he went to McGill.

“While I was going to Ryerson, I had a job with Canadian Press doing overnight sports re-writes for the on-air announcers. I’d finish up the West Coast scores, head home and then attend my classes the next day.”

Aaron returned to Montreal, and got a job writing Sports for United Press International (UPI). “I was interviewing Johnny Rogers, The Alouettes’ star running back, who described himself as an ‘ordinary superstar’. I included this in my article, and he instantly became known to Montreal and Canadian football fans as The Ordinary Superstar.” 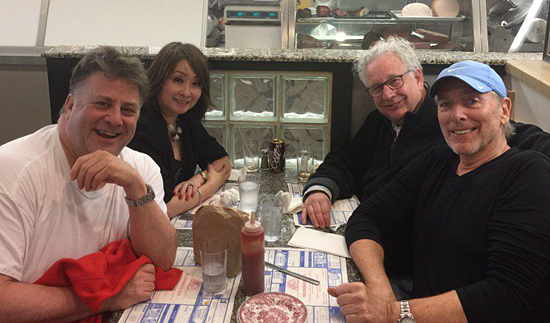 “My first foray into radio was with CKGM. Ralph Lockwood was the morning man and he was the star … the #1 morning show in the city. My job in the Sports department was to write for the on-air announcer Jim Bay. I snuck into the studio while Lockwood was on the air, and told him a joke during a commercial break. Management told me not to ever do that again – that I should just stick to writing for Jim. Or course I did it again, and that was the end of me at CKGM…”

Aaron’s period of unemployment didn’t last long. He was hired by CBC Sports for a show that was to provide a lead-up to the ’76 Olympics in Mexico. “I was part of a team that went down to cover the Pan American Games. The show was a success, and they asked me if I’d like to stay-on as a writer for the editorial team that was going to the ’76 Olympics. But for some reason, I thought it was more important for my girlfriend and I and another couple to make a road trip across the country.” With a wistful smile, Aaron concludes; “So I declined the offer to be part of the CBC broadcast team for the ’76 Olympics…”

“Next up, I got a job with CJFM (now Virgin) for the morning sports casts. This was an on-air job with Dean Hagopien. It was practice then to use fake names, and the program director told me I’d be Larry Kane. So I was Larry Kane the morning sports guy. No longer writing for other people, I was now on-air, following my love of sports.”

“I was subsequently approached to go to CHOM, and I accepted. However, the station manager for CJAD insisted that I see him before I left the building. He offered me the on-air sports position with the legendary George Balcan! I explained that I’d already given a verbal agreement to CHOM, but George’s show was a plumb job that I couldn’t turn down. I worked with George for two years.”

Aaron’s reputation as a talented sports broadcaster continued to grow. The folks at CBC came knocking again with an on-air television offer that would see Aaron move to live television sportscasts. Hearing your voice on air is good, seeing your face and hearing your voice on television is even better for an up-and-coming media person. “They were stunned when I resigned from CJAD. ‘You’ll never work here again!’ was their admonition.”

Aaron’s love of travel came into play again. “I had some time off before I was to start at CBC, so my wife and I went to India. While we were there, CBC went on a strike that would last for nine months. Not only was the strike still on when we returned; the lengthy duration of the strike cancelled all the contracts.” Aaron went from being on strike from a job that he never started to being unemployed. 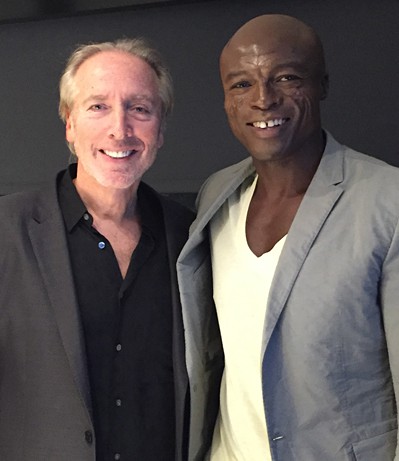 Aaron with recording artist Seal in studio for a 2017 interview

“The door to CJAD and other Standard Broadcasting stations was closed – so my options were greatly reduced. Every time I applied for a job – I was told that I was over-qualified. However I needed to work – to have some kind of an income. A friend of mine was working at CHOM, and she said that the only possibility they had was a one-hour afternoon program called Rock ‘N’ Roll News, but that the pay was a really low entry-level salary. I needed the work and I took it. It turned out to be great! I had to interview all the rock stars who were coming to town, like Joe Cocker and Hall & Oates.” Because he was a known quantity at the station and had considerable on-air experience, Aaron began to do holiday replacements on their sister station when CKGM morning man Ralph Lockwood would go on holiday. The climb back up from the terrible months of unemployment was beginning.

“I did a lot of vacation fill-ins in ’83 and ’84. It was during that time that the station manager Rob Braide suggested that I talk to a guy that worked at Avenue Video, down the street from our Greene Avenue studio. Rob said that the guy had a lot of good jokes and that I might be able to use some of them. So I went and introduced myself to Paul Zakaib, who eventually became my on-air sidekick known as Tasso Patsikakis, and we went on to work together for twenty-six wonderful years.”

The morning slot became available at CFCF, and Aaron Tasso did that for two years before moving to the afternoon slot. “We called it ‘zoo radio’ and for the afternoon slot, they told us to just keep doing the same thing. We never really had a script – but it worked out.”

The station was sold to Pierre Arcand and Pierre Beland, and Arcand requested a lunch meeting with Aaron. “After two years of doing the afternoon show, I thought that Pierre was going to offer me the morning slot – I was in for an unexpected surprise. Pierre and his business partner were operating on a small budget. He asked me to take a pay-cut. He explained their plans for the am and fm stations, and something about him told me that he was sincere, and that I could trust him. There was no morning show being offered, but I took the pay-cut.”

“Aaron is one of those rare broadcasters’ that has managed to transition from a music format to talk radio without ever missing a beat. It comes down to his preparation and a natural curiosity for what is happening no matter what the topic. A great communicator that can simplify complex issues and discuss these in simple terms for all to understand. A marquee player for CJAD.”

Arcand and Beland were true to their word about the planned improvements and growth. The stations moved from Ogilvy Avenue to McGill College downtown. In 1991, Aaron and Tasso moved from afternoons to the morning show on CFQR, the company’s FM station. They worked at CFQR from ’91 to 2011. 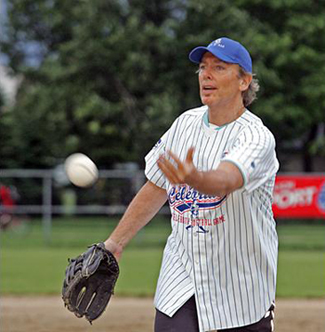 The broadcast conglomerate COGECO purchased the stations and a new wave of budget cuts were being implemented. Tasso and Suzanne Desautels were let go, and Aaron’s contract was not renewed. He signed off for the last time in May, 2011. His eloquent parting remarks remain on You Tube. “Don’t be sad because it’s over; be happy that it happened.”

CJAD Program Director Chris Berry contacted Aaron, and the two had a few lunch meetings. “Chris would quiz me on world events, politics and other issues in the news. It was invigorating – but I wondered where these conversations were headed.”

Aaron found out when he was offered the afternoon drive show from 3 – 7pm, with a focus on politics and current events. “There has to be an element of entertainment, because you’ll lose people if you only talk about politics for three of four hours.” CJAD was struggling in the important ratings audience measurements before Aaron started (again) in September, 2011. The Aaron Rand Show is Montreal’s #1 English radio show in the all-important 4 – 7pm period – a key time for advertisers to reach Montrealers in their kitchens and while driving home from work.