Drawn from the McCord Museum’s collection, the exhibition shows 50 cartoons signed by the artist that reveal changes in his style and provide a sort of accelerated course in the history of Montreal, Quebec, and Canada between 1967 and 2017. The exhibition has been organized for the McCord Museum by Christian Vachon, Curator, Paintings, Prints and Drawings, in collaboration with Terry Mosher (Aislin). 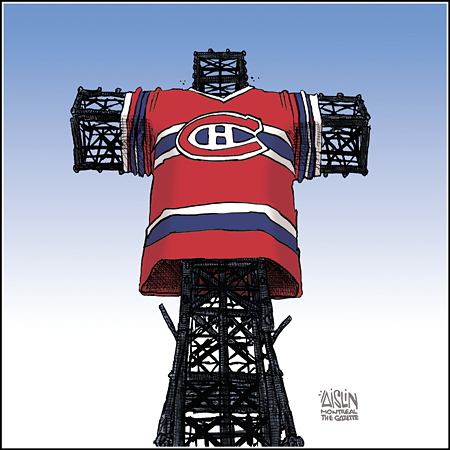 Over the past 45 years at the Montreal Gazette, Aislin’s impressive media career as well as his keen insight into Canadian news have made him one of the most influential political cartoonists in English Canada. His works are often reprinted in Ontario newspapers. Maclean’s magazine has called Aislin “probably the best satirist in Canada.” His lively, relevant and biting caricatures spare few public personalities and leave no one indifferent. They reflect Canadian society at its proud and not-so-proud moments. 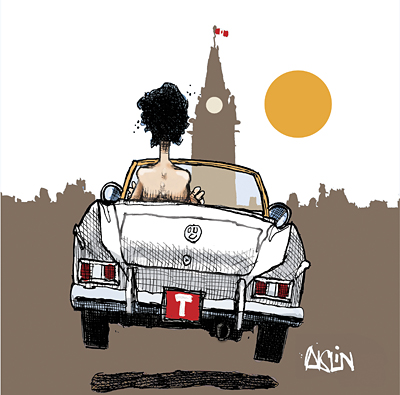 “We’re very pleased to present this retrospective dedicated to a cartoonist of Aislin’s stature. It’s the McCord Museum’s third exhibition devoted to editorial cartoons. The two cartoonists and friends Aislin and Chapleau were featured together in an exhibition by the Museum in 1997-1998, followed by Cartooning Calamities! In 2012. Our collection has more than 40,000 caricatures spanning 250 years of Canadian history, half of them online. We are very proud to have the third largest collection of cartoons in Canada and the most widely disseminated,” says Suzanne Sauvage, President and Chief Executive Officer of the McCord Museum.

The exhibition is divided into five themes. The first, A Changing Society, will show, among others, a cartoon of Leonard Cohen from 1969. This is followed by Quebec and Canadian Politics, focusing on landmark events, such as the election of the Parti Québécois in 1976, the adoption of Bill 101, the first referendum, the repatriation of the Constitution, the Meech Lake Accord and the Oka Crisis. Montreal Mayors offers a portrait gallery of elected municipal officials from Jean Drapeau to Denis Coderre; and First Ministers features the political leaders of Quebec and Canada, including Jacques Parizeau, Pauline Marois and Justin Trudeau. The exhibition ends with Montreal Life, which offers cartoons illustrating various aspects of life in Montreal – sports and cultural events, homelessness and public gatherings.