Roch Carrier’s childhood experience about being forced to wear a dreaded Maple Leaf jersey instead of the Canadiens hockey sweater he wanted has had multiple lives. It’s been featured in a radio piece in French and English and on the $5 bill. It’s a children’s book, an NFB movie, the focus of multiple symphony orchestra performances, and it recently became a play. Now, this original short story, published in 1979, is slated to become a musical by Emil Sher with a world premiere at the Segal Centre this fall (October 22 to 29). 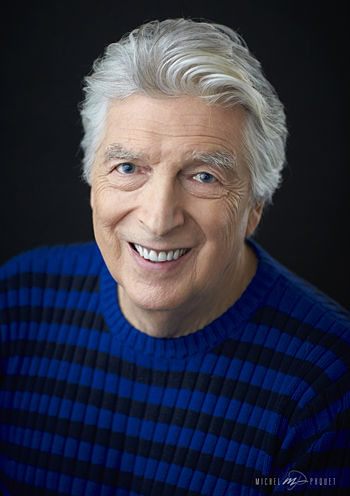 At 79, Roch Carrier is excited about the
musical inspired by The Hockey Sweater

“I am thrilled that my story that has brought back so many childhood memories for Canadians of all ages,” said Carrier “It will now be told in such a spectacular way to celebrate Montréal’s 375th and Canada’s 150th anniversary.”

When asked why he thinks his anecdote has universal appeal, the soon-to-be 80-year-old author spoke about his experiences touring schools.

“Before reading that story I ask children ‘have you ever had to wear something that you didn’t want to wear’ and they all put up their hands,” said Carrier. “Everyone can imagine that feeling of dread and it doesn’t go away. I was in a Calgary and there were grandparents asking me to sign the book that they’ve had since they were young. There is no marketing that can do that. I’m so privileged.”

Carrier says his success was coincidental, but it’s clear that his open encouraging attitude to other creators also helped ensure his story became a significant part of Canadian culture.

From the beginning, he’s encouraged collaborators to use the Hockey Sweater as a springboard to their own creativity. This attitude began from the moment he began working on an English version of his story with translator Sheila Fischman and illustrator Sheldon Cohen.

“It was over 35 years ago that Shelden Cohen did the drawings,” said Carrier. “I told him at the time: ‘use this story as your diving board’ and he did. His drawings are free, fresh, and a lot of fun. I gave the same advice with the same attitude to Emil Sher” (who is working on the upcoming musical).

Carrier has no need to control other artists as his own career has been packed. He’s written multiple works in addition to the Hockey Sweater, including history, scripts, poetry, nonfiction, humour, and an upcoming novel “Demain j’écrit un roman.” 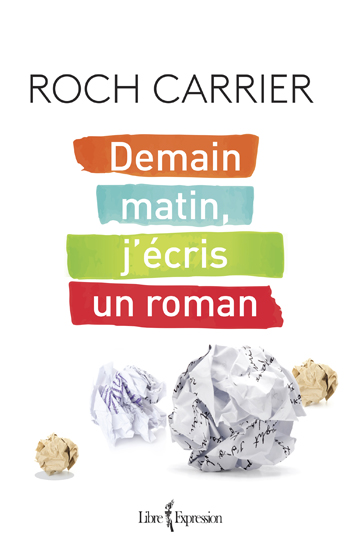 The cover of Carrier’s upcoming novel

“It’s about me after I’ve spent more than 30 years researching and writing history,” he says. “I’m going back to fiction. What happens in the brain of a writer who is enjoying freedom? A lot happens. A lot happens.”

His “Prayers of a Very Wise Child” won the Stephen Leacock Memorial Medal for Humour in 1992.

Carrier has held down some regular jobs too. He served as director of the Canada Council for the Arts from 1994 to 1997 and became Canada’s national librarian in 1999 until 2004, when the position was eliminated.

His most unusual honour so far, however, might be his recognition on Canadian currency. When a new $5 bill was printed in 2002, it contained a quote from the Hockey Sweater with a photo of a young girl playing hockey in Maurice “Rocket” Richard’s No. 9 hockey sweater. It said:

“The winters of my childhood were long, long seasons. We lived in three places – the school, the church and the skating rink – but our real life was on the skating rink.”

Carrier says he’s lucky, but he also benefits from a sense of adventure that lets him experiment with unusual outlets for his work. The most striking of these is his decision to read his story within many symphony orchestra performances over the past five years. He’s been welcomed to Calgary, Ottawa, Toronto and Vancouver to take part in such shows.

“It started very small,” he said. “I got a call ‘would you be free to read the Hockey sweater with the symphony orchestra’… I’m very happy because I like a challenge.

Last month, Carrier got to enjoy his role as guest of honour at an anniversary theatre performance held in his childhood hometown of St. Justine, Quebec.

He’ll play a similar role at the Segal Centre when the Hockey Sweater musical opens in the fall.