THE WIGGLES are the world’s most popular children’s entertainment group which formed in Sydney, Australia in 1991. Performing for over 24 years,  it’s now the case that children who once saw the fab four of fun are now bringing their children to enjoy the best in early childhood entertainment! 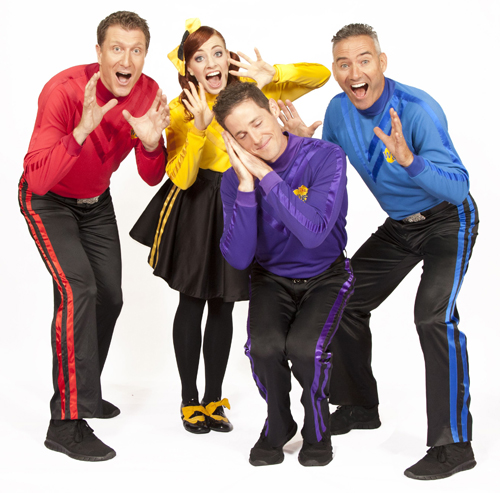 The Wiggles are the #1 selling children’s artist on DVD, the #1 children’s entertainment live concert attraction), and they were awarded the ARIA for the Best Children’s Album (making them the most awarded artist in any one category)!

Of course, The Wiggles are bringing along their good friends, Dorothy the Dinosaur, Captain Feathersword, Wags the Dog and Henry the Octopus.