At the Montreal Museum of Fine Arts

During the Belle Époque, Parisian nightlife flourished in the burgeoning cabarets of Montmartre. Toulouse-Lautrec had the remarkable ability of capturing and illustrating these dynamic scenes, producing iconic posters and lithographs that raised the status of commercial art and paved the way for artists like Andy Warhol.

Continuing until October 30, 2016, the Montreal Museum of Fine Arts offers visitors the unique opportunity to view the Belle Époque world presented in some of Henri Toulouse-Lautrec’s most iconic works. Thanks to a knowledgeable and devoted, anonymous private collector, this remarkable exhibition includes almost 100 prints and posters – all in exceptional condition.

The Modern World of the Belle Époque 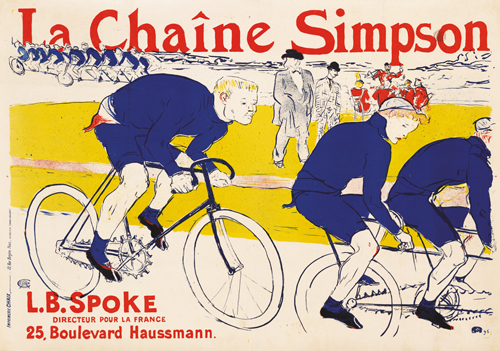 The son of aristocratic first cousins, Toulouse-Lautrec inherited a genetic bone problem, that was further complicated when he broke both legs as a teenager. As a result, his upper body grew normally, but his legs remained stunted. It was during a period of convalescing that he began sketching. The exhibit includes one of these early pieces – completed when he was only 16, this delicate and detailed sketch of a horse shows the depth of his early talent.

“To think I never would have become a painter had my legs been a little longer.”
– Henri Toulouse-Lautrec

The exhibit begins with a selection of pieces depicting modern life, including: various theatre audience scenes, a trial proof and completed poster for a friend’s book, several works where horses figure prominently, and a humorous piece depicting one of the first motorists in Paris. Two large cycling pieces, created for a bicycle chain company, are particularly interesting. Toulouse-Lautrec’s original proposal, showing only one cyclist in training, was rejected by the company. His second proposal, shown in its completed full colour version, was accepted. This piece, featuring several riders racing, gives the impression of far greater speed. 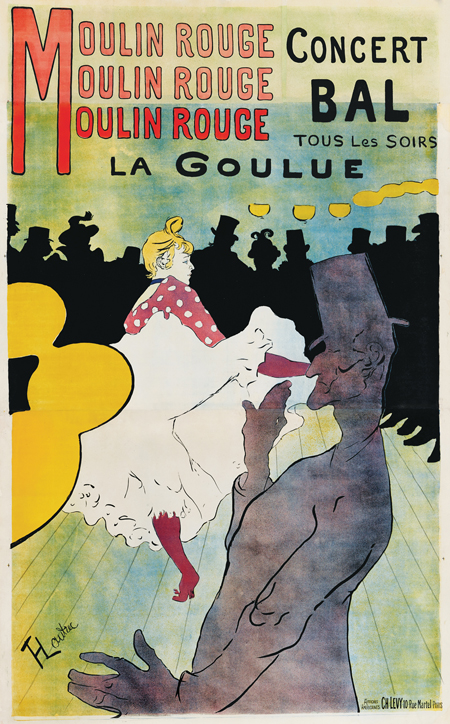 Bold crimson-coloured walls and period music welcome visitors to the next exhibit room. It is here that we are introduced to five Montmartre stars that repeatedly appear in Toulouse-Lautrec’s work. Famous dancer, Jane Avril can be easily identified by her fiery red hair; Irish singer May Belfort is depicted in her frilly bonnet and loose, puffy-sleeved dresses; composer, poet, publisher and singer Aristide Bruant is unmistakable in his wide brimmed black hat, cape and red scarf; Yvette Guilbert’s trademark long black gloves are instantly recognizable; and scandalous dancer Louise Weber, better known as La Goulue, is always shown with her topknot hairstyle. With the aid of these iconic traits, you will pinpoint Montmartre’s celebrated artists in pieces found throughout the rest of the exhibit.

One of the exhibit highlights is Toulouse-Lautrec’s first print, a six-foot-tall poster featuring La Goulue dancing at the Moulin Rouge. La Goulue is shown mid-kick, as if captured by a photograph, while the silhouettes of the audience form the background, and a shadowed image of her dance partner is in the foreground. Letting us take a peek inside Toulouse-Lautrec’s printmaking methodology, a trial black print hangs alongside his completed colour poster. The public response to this piece was so favourable that the artist essentially became an overnight success.

Jane Avril, a close friend of Toulouse-Lautrec’s, is featured in numerous works. On the cover of the inaugural edition of L’Estampe original (a quarterly publication for promoting the art of printmaking), Avril is seen reviewing a newly finished print in the printer’s office. 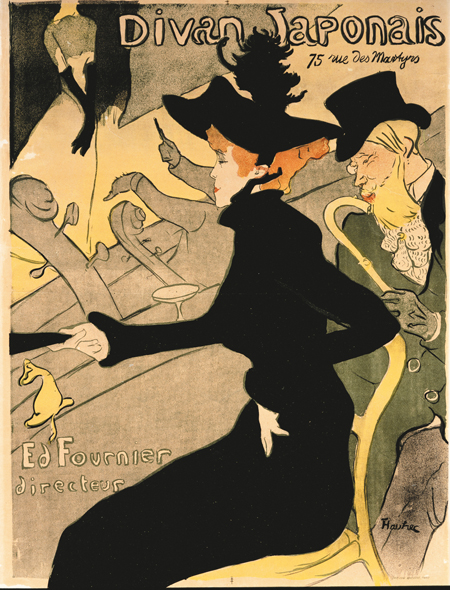 In Divan Japonais, Jane Avril, though seated in the audience, is the focal point of the illustration. While in the background, with her head cut from the frame and only identifiable by her long black gloves, Yvette Guilbert performs on stage. In one of the most interesting displays in the exhibit, three stages of the piece Jane Avril 1893 are presented side-by-side. Commissioned for the Jardin de Paris, the basic image consists of Jane Avril dancing on stage, while in the foreground the head of a double bass merges into the frame. These components are the same in each version. Look closely and you can see that one early proof is missing the lines that delineate the floorboards on stage. The absence of these few lines makes the piece flat. Look at the version with the added lines and you will see a sense of depth has been created. The completed version effectively uses minimal colour to draw attention to Avril. Her bright yellow skirt and deep black stockings stand out, while the shadowed foreground seems almost hidden. It is surprising how a few simple lines and touches of colour can transform a piece.

Along with the cabarets, Toulouse-Lautrec also frequented the brothels of Montmartre. Like the ladies that worked there, Toulouse-Lautrec understood what it felt like to be dismissed by society. The prostitutes and the artist had empathy for each other. His illustrations, showing the ladies in various stages of undress, are not vulgar. They are, in fact, quite solemn. The faces that Toulouse-Lautrec presents us are tired and resigned. In hindsight a majority of his pieces show somewhat unhappy faces. It is often said that he was a keen observer, so whether that is a true representation of the faces he saw, the feelings that he sensed lay just below the surface or perhaps a reflection of himself, I am left to wonder.

“Toulouse-Lautrec’s works reveal the spectacle of the Belle Époque: the dreams, ambitions, desires, disillusionments of its performer, all depicted by an artist with a humanist gaze who saw them everyday, without judging them,” explains Gilles Genty, Art Historian and Guest Curator. 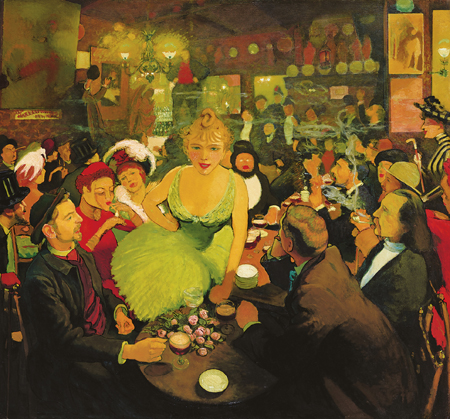 The exhibit includes two very noteworthy pieces by some of his talented associates. The first is a large canvas by Louis Anquetin, L’Intérieur de chez Bruant: Le Mirliton (Inside Bruant’s Mirliton). This vibrant piece depicts a cafe-concert crowded with many of Montmartre’s iconic residents. On the very left, you can see Toulouse-Lautrec standing behind a seated fellow painter. The second, Tournée du Chat Noir, a lithograph by Théophile Alexandre Steinlen, is seen on magnets, T-shirts, towels and other souvenirs throughout Montmarte.

Toulouse-Lautrec Illustrates the Belle Époque has already reached over 80,000 visitors, and will continue to draw crowds until its run ends on October 30, 2016. For the complete schedule, related programming and ticket prices, visit: www.mbam.qc.ca   514-285-2000 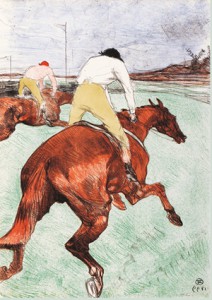 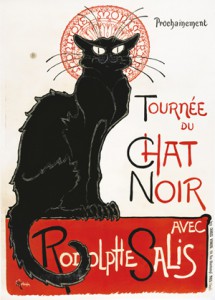 *Please note all photos are by Peter Schälchi