The enormously talented, award-winning Nathan Lane is an accomplished stage, film and television performer.
He is best known for his performances in The Producers and The Birdcage, both of which earned him Golden 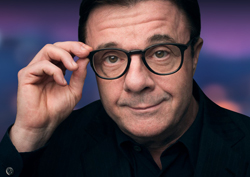 Globe nominations, and has lent his voice to animated films such as The Lion King and Stuart Little. He was last seen on FX’s anthology series American Crime Story: The People v. O.J. Simpson and has had recurring roles on The Good Wife and Modern Family, as well as many guest appearances, receiving six Primetime Emmy nominations, two Daytime Emmy Awards and a People’s Choice Award. He recently starred in the smash hit revival of Terrence McNally’s It’s Only a Play and in the critically acclaimed Robert Falls production of the Iceman Cometh at the Brooklyn Academy of Music. He’s received Tony nominations for numerous Broadway performances, such as Guys and Dolls and A Funny Thing Happened on the Way to the Forum. In 2006, he received a star on the Hollywood Walk of Fame, and in 2008 was inducted into the American Theater Hall of Fame. 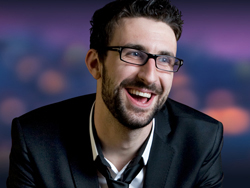 • Mark’s new solo show I’m Not Here is touring the UK throughout 2016.
• He famously pulled off a 27-hour-long show for Comic Relief in February 2015.
• Mark is the star of Live At The Apollo, Mock The Week and Have I Got News For You. Other TV and Radio credits include Dave’s Road to Rio, BBC’s We Need Answers, and Would I Lie To You.
• Mark is not only a stand-up; he has also written eight novels!
• Mark won the prestigious Panel Prize at the Edinburgh Fringe Festival 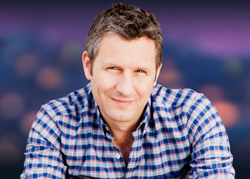 • One of the best-known Australian comedians, he currently hosts talk show, The Last Leg on Channel 4 in the UK
• When Adam isn’t dominating the global TV landscape, he is usually somewhere in the world with a mic in hand doing his day job – globetrotting stand-up comedian.
• He’s won a prestigious Helpmann Award, released three best selling stand up DVDs, had his own one hour stand up special on ABC TV and UK’s Channel 4 and has performed for the Queen and The Dalai Lama. 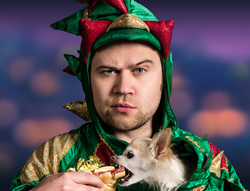 • In 2015 he became the breakout star of the 10th season of NBC’s “America’s Got Talent.” Howard Stern and Howie Mandel were huge fans and singled Piff out as one of the funniest and most unique acts in the history of the show. America agreed and voted Piff into the finals.
• His one-man show has had five record breaking runs at the Edinburgh Fringe Festival, two sell-out seasons at SoHo Theatre in London’s West End, a national tour of the UK and Australia.
• He has just completed a six-month residency at The Cosmopolitan of Las Vegas in their flagship show “Vegas Nocturne.” 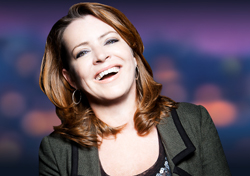 • In 2014, Madigan was nominated for an American Comedy Award for Best Concert Comic
• She’s won the American Comedy Award for “Best Female Comedian”
• Kathleen remains the only comedian in the history of NBC’s Last Comic Standing to go unchallenged by any other comedian–meaning no comedian would say they were funnier than her.
• Kathleen was recently on an episode of Jerry Seinfeld’s Comedians in Cars Getting Coffee

• He’s a Canadian-Filipino comedian who has been performing around the world for over 20 years
• Ron won the 1998 Just For Laughs Homegrown Comedy Competition and has performed at JFL 5 times since
• He has filmed a Comedy Now Special, a special with Showtime USA and
• He has appeared at the Kings and Queens festival in Malaysia and Singapore, the Magners comedy festival in Asia, the LOL comedy festival in the Caribbean, and the Winnipeg Comedy Festival 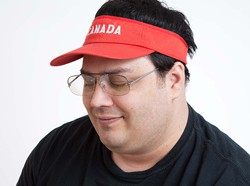 He tours: Sean Emeny started performing in Vancouver in 2009 and has been honing his abstract, short-joke style ever he since he now tours nationally.
He’s been around: He has opened for Gilbert Gottfried, Michael Winslow and Marc Maron.
He’s clean: Also, he has never smoked a cigarette in his life.