Filmed for The CW network at last summer’s Festival in Montreal, Just For Laughs starring Howie Mandel, was an exclusive 90-minute special featuring one-of-a-kind performances from some of the best stand-up comedians working today and gave JFL exposure to a whole new US audience. Given it’s phenomenal ratings success, CW renewed for this summer and we’re thrilled to welcome back at the helm, Howie Mandel as host of the second edition of this highly anticipated all-star multi-comic gala with special guest Russell Peters. Mandel thrives in the spotlight and from Deal or No Deal to America’s Got Talent, he has been an unstoppable force in show business for over 30 years. 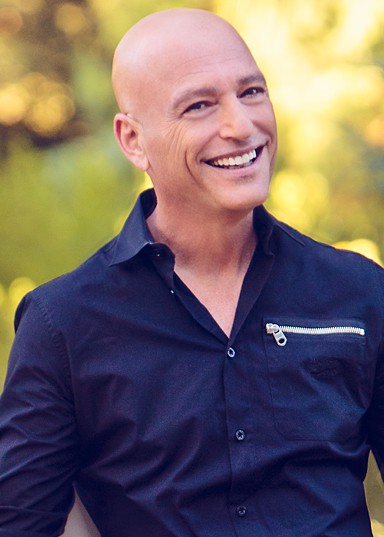 Some stuff you should know about Howie!
• Howie serves as one of the judges on NBC’s summer hit talent competition series “America’s Got Talent” alongside Heidi Klum, Mel B and Simon Cowell.
• Previously, Howie received an Emmy nomination for “Outstanding Host For A Reality or Reality-Competition Program” for ‘Deal or No Deal’ and a Daytime Emmy nomination for “Outstanding Game Show Host” for the syndicated version of the show.
• Howie released his memoir “Here’s the Deal: Don’t Touch Me” which made the New York Times Bestseller list in its first week and remained on the list for several consecutive weeks.
• Howie started his career on a dare in Toronto in 1979, and then one night during a trip to Los Angeles at the Comedy Store on amateur night Howie was coaxed by his friends to get up and try his luck. As fate would have it, there was a producer in the crowd who immediately hired him to appear on the comedy game-show “Make Me Laugh.”
• Howie has done countless comedy specials on both cable and network television.
• Howie’s Emmy Award-nominated animated children’s series “Bobby’s World” ran eight seasons on FOX and now appears in syndication six days a week in 65 countries. 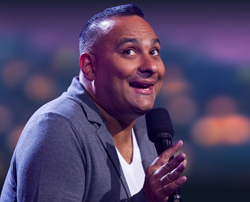 • The Canadian native has sold out multiple global tours as an international comedy super star
• He recently ended his 2 year Almost Famous World Tour with a taping in Toronto for Netflix. He was the first ever comedian to produce and star in his own Netflix special, Notorious, in 2013
• The Forbes top ten highest grossing comedian has broken many records in ticket sales and viewership
• He has hosted the Juno’s, won countless awards and written a number one bestselling novel