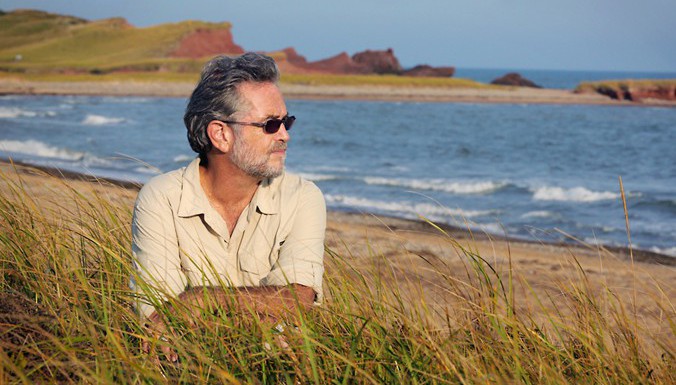 The Making of “Legends of Magdalen”
Shot on location in Québec’s remote Magdalen Islands, this 45-minute documentary film tells the little known story of the myths and legends of sunken treasure and shipwrecks surrounding the islands, and of one man, Leonard Clark, who took it upon himself to document hundreds of shipwrecks for the surviving families, and even created the ultimate shipwreck map of over 300 shipwrecks surrounding his home.

Gregory B. Gallagher
As one of the original writers of the Sesame Street TV Show, Gregory has had the privilege to be mentored by some of the greatest creative people in the entertainment world, people such as Quincy Jones, Duke Ellington, Lena Horne, Gene Kelly, Oscar Peterson, and many others. This rich legacy has allowed him to produce successfully across all media formats and for top tier clients around the world such as National Geographic Society, Smithsonian Institute, Royal Canadian Geographical Society, Jane Goodall Institute, Jean-Michel Cousteau, Canadian Tourism Commission, VIA Rail Canada, Canadian Pacific Railways, Virgin Airlines and many others. He is the author/photographer of Michelin’s Green Guide Canada and Green Guide Quebec, as well as Dorling-Kindersley’s Top 10 Montreal & Quebec City, now in its 7th Edition published by Penguin Group International.

He is currently preparing to produce another documentary film, writing a memoir of his unorthodox life, and preparing a series of books for children. After living in the Quartier des Spectacles in downtown Montreal for 20 years, he is now living in the Old Village of Pointe-Claire with his wife Linda Hart, a fine art painter and portrait artist.
www.gregorybgallagher.com

The Women’s Art Society of Montreal Presents its 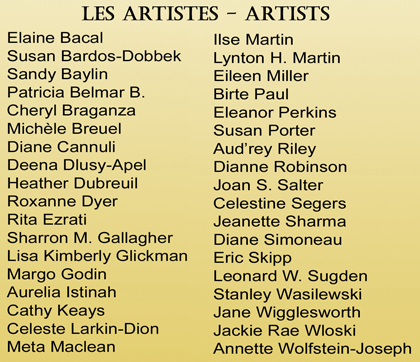 Theme: “Breaking Boundaries”– giving artists a creative space to reveal their artistic talents, in terms of the medium they use, themes they explore, the colours they use, the motifs they employ, the ideas they explore, the emotions they feel, the spaces they journey through, the taboos they challenge, the orthodoxies they confront, the borders they cross, the walls and fences they break through.