The Montreal Chamber Music Festival is the first in Montreal’s Festival Season that also includes; The Montreal International Musical Competition, Les Francofolies, The Fringe Festival, The Jazz Festival, and Just For Laughs. 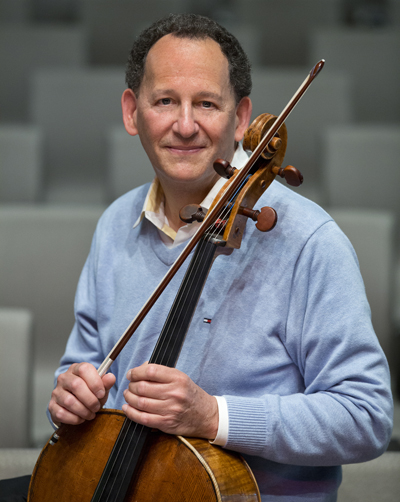 Founded by Denis Brott with the assistance of his wife Julie, the couple’s first office was their kitchen table. Now in its 21st year, Denis and Julie Brott have shepherded Festival Montreal to attain a worldwide status, attracting some of the most celebrated classical musicians to perform. The United States Public Broadcast Service (PBS) broadcasts the concerts in many of the service’s major markets, such as Boston. Tourism Montreal presented the festival an award of appreciation for generating increased visits to Montreal.

Denis Brott is an accomplished cellist with an impressive reputation. As the Festival’s Artistic Director, Denis’ stature in the music world has enabled him to attract some of the world’s finest musicians, including the Emerson String Quartet, Pinchas Zuckerman, and hundreds more during the first twenty years of the Festival’s history.

The 2016 Festival began with the Celebrity Series;  four concerts that featured the Salzburg Marionette Theatre, the outstanding organist Cameron Carpenter and his International Touring Organ, and a return engagement by the Emerson String Quartet.  The fourth will take place on June 3, a special tribute concert to celebrate the coming retirement of Montreal’s beloved jazz pianist, Oliver Jones. 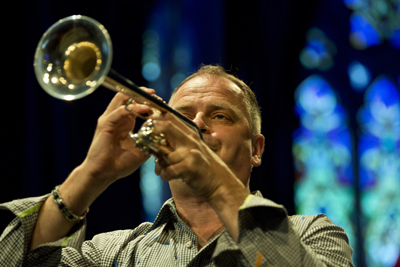 The dynamic Jens Lindemann will
perform on June 9 and 10

In all, The Montreal Chamber Music Festival will present fourteen concerts and fifty-five musicians in a three week period, beginning on June 3 with a Gala concert to celebrate Oliver Jones’s retirement later this year.

After the Oliver Jones retirement tribute concert, the Festival continues on June 9 with a concert titled Golden Voices featuring soprano Measha Brueggergosman. She will be performing works by Bach, Mozart, Handel, Piazzola and Ellington – yes, Duke Ellington. The immensely popular and charismatic Jens Lindeman will be featured on trumpet, Tommy Banks on piano, Gilad Dobrecky on drums and the Festival String Quartet with violinists Giora Schmidt and Andrew Wan (First Violin of the MSO), Barry Schiffman (viola) and Denis Brott playing cello. The concert will take place at McGill’s Pollack Hall on Sherbrooke St. West (at University). 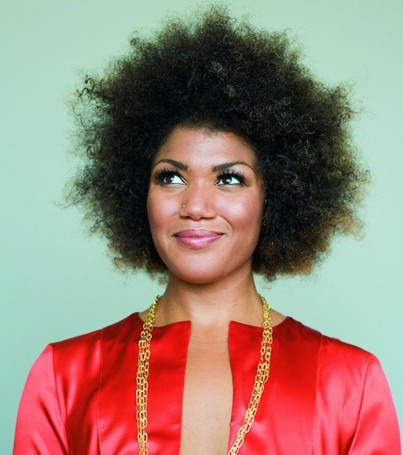 The June 11 concert of the Connexion Israel series will feature Israeli clarinet sensation Alexander Fiterstein returning to the festival after his acclaimed 2015 performance. The program will include Shubert’s Shepherd On A Rock with soprano Aline Kutan and pianist André Laplante. The Montreal Chamber Music String Quartet from the June 9 concert will again perform in the program, which will also include Mozart’s Kegelstadt Trio and some vibrant Klezmer selections for Fiterstein to soar with his clarinet. This performance will take place at Salle Bourgie, part of the Montreal Museum of Fine Arts campus.

The Connexion Israel series continues on June 14 with The Fine Arts Quartet performing the Canadian Premiere of the recently discovered transcriptions by Viennese arranger Ignaz Lachner of Mozart concertos for string quartet and piano. The Fine Arts Quartet will perform with Israeli pianist Alon Goldstein. 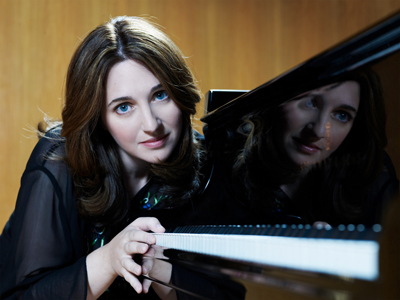 Israeli cellist Amit Peled performs using the instrument that once belonged to the legendary cellist Pablo Casals. Peled’s June 16 concert will complete the Connexion Israel series with his performance of the Montreal premiere of Tsintsadze’s Five Folk Pieces and Casal’s Song Of The Birds. Renowned violist Miguel Da Silva will then join the Fine Arts Quartet to perform Mendelsshon’s Viola Quintet Op. 87. States the Festival Artistic Director Denis Brott; “This promises to be a special evening which will explore the soulful tone of the cello and present some of the greatest chamber music repertoire ever written. All of the musicians will join together to perform Mendelssohn’s Sextet in B Flat Op. 18 to conclude the evening.” Pianist Alon Goldstein returns to perform with The Fine Arts Quartet.

The TD Jazz Series continues on June 17 with a “return-by-popular-demand” performance of Cuban clarinetist Paquito d’Rivera and his quartet. 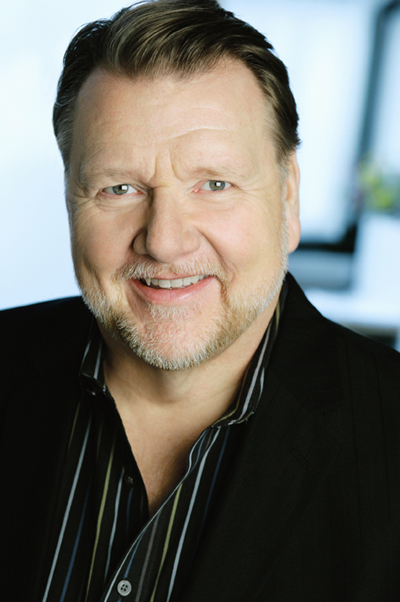 In addition to the chamber music and TD Jazz Series, Denis is introducing two new Family Fun performances at 3pm on Sunday, June 12. This will be a World Premiere and the festival’s first-ever commission; composed by the Canadian Opera Company composer-in-residence Dean Burry, and based on Mordecai Richler’s children’s story, Jacob Two-Two and the Hooded Fang. Jacob Richler has adapted his father’s story for the chamber septet, and it will be narrated by Canadian tenor, McGill Professor and CBC broadcaster Ben Heppner. He will be joined in the narration by Quebec businesswoman and Festival spokesperson, Daniele Henkel.  The program will also include Joseph Rouleau narrating Stravinsky’s engaging tale; L’Histoire du Soldat.

Another new addition to the festival will have Ben Heppner performing the role of narrator in Richard Strauss’s epic and seldom performed composition Enoch Arden. It’s a riveting tale of inspiration. A Victorian Melodrama; is a tribute to the legendary tenor Jon Vickers and his performance of this work at the Mount Royal Chalet during the 2004 festival.  Pianist Stéphane Lemelin will accompany Ben on Saturday, June 18 at Pollack Hall.

The festival concludes on Sunday, April 19 with a concert performed by many recent winners of the Canada Council Musical Instrument Bank, which loans violins and cellos made by craftsmen such as Stradivarius, Gesu and others to promising young Canadian musicians. Established by Denis Brott, the Bank’s collection of instruments is valued at $40 million. The instruments are loaned to talented young musicians who are further inspired by the wonderful tone produced by these exceptional instruments.

For more news about the festival, please visit: www.festivalmontreal.org 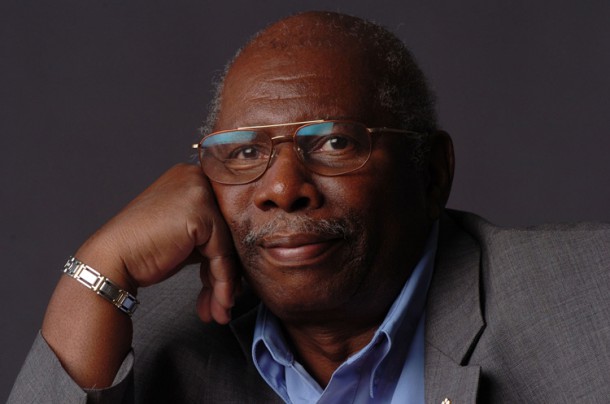 An important part of the festival is the Friday evening jazz performances, sponsored by TD. There is a close association between jazz and classical musicians – as many jazz performers have had a classical training before heading into jazz. Jazz pianist Oliver Jones is a long-time friend of the festival and he curated the TD Jazz Series for several years. Approaching his 82nd birthday; Oliver has announced that he will be retiring at the end of 2016 and he will retire from Festival Montreal with a June 3 concert at Bourgie Hall.

Beloved by Montreal audiences, Oliver will perform with his long-time sideman, drummer Jim Doxas and bassist Eric Lagacé. Many Montreal musical friends will perform with Oliver; including jazz singer Ranee Lee, guitarist Richard Ring, pianist John Rooney and the amazing Daniel Clark-Bouchard, who has been coached and mentored by Oliver.

Oliver Jones has been a cover feature in The Montrealer three times, including his first appearance in December 2005. In addition to being a fine musician and composer, Oliver is a true gentleman.

For tickets to this special evening at the intimate Bourgie Hall, please call 514-285-2000, Option 4, or online www.sallebourgie.ca