Over a century of heritage brought to rest by progress!

“I am number 1. Proudly hit by the first electric tram to run in this city! Killed by progress!” – #1

Infinithéâtre is honoured to present Progress!, the inaugural production of its 2015-2016 season. Written by Alyson Grant and directed by Guy Sprung, the show runs from Oct. 20-Nov. 1 in the historic Nurses’/Employees’ Lounge of the now-closed Royal Victoria Hospital. This unique, world premiere, site-specific absurdist comedy pays tribute the 122-year-strong legacy of this august landmark. Set on the last functioning day of the hospital, the commemorative tale offers audiences one last chance to walk through the building’s imposing doors. Here, affection and humour emerges as the antidote to life in an absurd universe, where progress doesn’t necessarily bring us forward.

Progress! tells the story of Sarah, a middle-aged woman waking in a room at the Royal Vic after trying to end her life. She is greeted by the room’s first ever ‘inhabitants’; a Vaudevillian duo who see themselves as caretakers of all who have died there since their own deaths in the 19th century. With Sarah however, they have set themselves a new task: help her understand her sorrow so she may find the will to live. The hospital’s closure is imminent and as the very last patient, Sarah’s fate is decided as walls begin to crumble around her. The audience, immersed in the action, plays the specters of people that have passed away in the room over the 122 years. Progress! takes place in a magical, absurd world, but one that evokes Sarah’s very real, personal past. Here, the Royal Vic’s central place in Montreal’s history is also conjured, as are the people who are connected to this venerable building.

At its core, playwright Alyson Grant hopes to offer a way into dealing with loss while saying goodbye to the buildings as Montrealers and thousands of Canadians across the country have known them. She ruminated about the loved ones of those who had died in the historic buildings, “Those spaces become sacred in a way, a place of grief, memory, homage, thoughtfulness, and, perhaps after years, the release of grief.”

Live theatre is an essential part of society’s democratic discourse, speaking to and about its own community. To that end, Infinithéâtre’s mandate is to reflect and explore life in 21st century Montreal by tackling contemporary, important issues. Company Artistic Director and Progress! Director Guy Sprung comments on the timeliness of the play, “The world is going to Hell in a hand basket, Syrian and Libyan refugees drowning in the Mediterranean, climate change, the endless Israeli/Palestinian wars… is there any other rational solution to the miserable condition we humans have created on our planet than to opt out? Alyson has written a troubling, ingeniously funny and quietly moving but ultimately life-affirming comedy about suicide. The quality of her play is more proof of the high standard of writing emanating from English-language Quebec.” 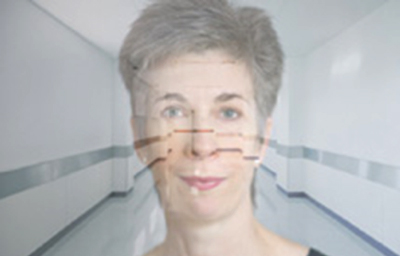 To further honour this momentous event, Infinithéâtre has partnered with the McGill University Health Centre (MUHC) which will hold a modest, on-site historical exhibit comprised of archival photographs, medical antiquities and other fascinating artifacts spanning the 1920s to the 1970s. Progress! couldn’t have been produced without the support of the MUHC.

Talkback Tuesday: Oct. 27- a post-performance informal discussion with the artists

For more information, including parking: www.infinitheatre.com