The Royal Conservatory of Music is thrilled to open its doors to audiences for the first full concert season since March of 2020. Mervon Mehta, Executive Director of Performing Arts, said: “After two and a half long years of stopping, starting, and postponing, Koerner Hall will once again be brimming with great artists across multiple genres. Our season will feature artists from 22 countries, six provinces, and six First Nations; and more than 30 new works will receive premieres. Some of the biggest names on the international music scene will sit comfortably beside emerging Canadian artists who are making their mark: Daniil Trifonov on a series with Bruce Xiaoyu Liu, Maxim Vengerov opposite Blake Pouliot, Joshua Redman next to Kellylee Evans, and Philippe Jaroussky sets the stage for Emily D’Angelo. We invite you to join us in the belief that music can bond our fractured society by bringing people together to experience the finest music, whether it be from the classical canon of the past 400 years or from new artists such as Alison Russell who sings of hardship, perseverance and, ultimately, hope.” 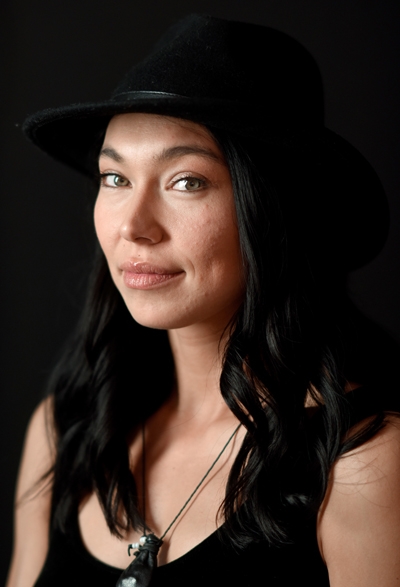 The Royal Conservatory starts the new Koerner Hall concert season by honouring the lives and knowledge of Indigenous people with an evening curated by Denise Bolduc, Sarain Fox, and Mervon Mehta. As people arrive, the evening will commence with a smudge ceremony outside, in the Reta Lila Weston Music Court, with Elder Banakonda Kennedy-Kish (Bell), who will also do an opening and closing of the space on the Koerner Hall stage. Dancer, storyteller, and activist Sarain Fox guides an evening that includes Juno Award nominee Nimkii accompanied by young dancers and drummers, Rebecca Cuddy singing a song cycle by composer Ian Cusson and poet Marylin Dumont (all Métis) accompanied by the New Orford String Quartet and Philip Chiu, as well as a testimony from a residential school survivor. The second half of the evening will offer great hope and even laughter with Tomson Highway, who recently received the 2022 Lifetime Artistic Achievement Award at the Governor General’s Performing Arts Awards. He is first accompanied by singer Patricia Cano and saxophonist Marcus Ali doing excerpts from Songs in the Key of Cree, followed by Tomson Highway’s Cree Country band, with Highway introducing each song. Produced by John Alcorn, the band includes a who’s who of country/roots session players: Mike Francis (guitar), Steve O’Connor (piano), Rodney St. Amand (bass), Sean O’Grady (drums), Linsey Beckett (fiddle), and Steve Smith (steel guitar). The event will be livestreamed across Canada and internationally on www.RoyalConservatory.Live.

An Evening with Jan Lisiecki and Orpheus Chamber Orchestra on Saturday, October 15

Juno Award winner, UNESCO Ambassador, and alumnus of The Royal Conservatory’s Glenn Gould School, Jan Lisiecki is “perhaps the most ‘complete’ pianist of his age” according to the BBC Music Magazine and “pristine, lyrical and intelligent” according to The New York Times. In his sixth Koerner Hall appearance, he will play Mozart Piano Concerto No. 9 with the Grammy Award-winning Orpheus Chamber Orchestra, which for decades has been delighting audiences worldwide with beautiful sound that reflects its unique capacity to create collaboratively. The rest of the program consists of Haydn’s Symphony No. 77 and Mozart’s Symphony No. 33.

Two great pianists on two pianos perform original compositions and works by other seminal Latin jazz
composers on October 13. Cuban-born Hilario Durán began working as a professional musician in Cuba’s Los Papa Cun-Cun Ensemble and in a variety of musical formats, and later was Chucho Valdés’s chosen successor in Cuba’s most modern big band, Orquesta Cubana de Música Moderna. He toured worldwide and performed with Dizzy Gillespie and Michel Legrand, and was part of Arturo Sandoval’s band for nine years. Valdés has acknowledged Durán as one of the greatest Cuban pianists of the 20th century, calling the Grammy Award nominated and multi-Juno Award winner “an unparalleled pianist, composer, and arranger of the first order.” Santiago de Cuba-born pianist David Virelles was named #1 Rising Star in the piano category by DownBeat in 2017 and has won numerous awards, including the Oscar Peterson Prize. JazzTimes has written that “his piano style is deceptively simple, concealing complex ideas about harmony and rhythm, and onstage he maintains a distant presence, letting his music speak for itself.” 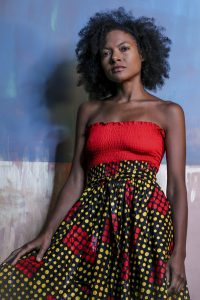 The series opens on October 28 with a double bill of powerful soul and roots singer-songwriter-poet-activist vocalists from Montreal who have a basket full of Polaris and Grammy Award nominations between them. Dominique Fils-Aimé’s second album, Stay Tuned!, was shortlisted for the 2019 Polaris Music Prize and won the Juno Award for Vocal Jazz Album of the Year in 2020. Her third album, Three Little Words, released in 2021, focuses on soul music and was shortlisted for the 2021 Polaris Music Prize. According to Chatelaine, she creates “music that doesn’t care about radio trends [and] texts that resonate in favour of tolerance and openness.” Allison Russell’s first solo album, Outside Child, was nominated for multiple awards and featured prominently on NPR Music, The New York Times, and The Atlantic’s Best Albums of 2021 lists. This year, the Grammy Award nominated singer-songwriter performed alongside Joni Mitchell at the Newport Folk Festival, made her debut at Austin City Limits and the Grand Ole Opry, and was the only female artist in the lineup for Willie Nelson’s Fourth of July Picnic.

On October 21, Farruquito (Juan Manuel Fernández Montoya), heir to the most renowned flamenco dynasty, returns to Koerner Hall. Son of flamenco singer Juan Fernández Flores “El Moreno” and dancer Rosario Montoya Manzano “La Farruca,” he was immersed in the purest form of flamenco founded by his grandfather, “El Farruco,” one of the greatest dancers in the history of flamenco. His first international stage appearance was at the age of four on Broadway alongside his grandfather in the hit show Flamenco Puro. At the age of 11, he was featured in the film Flamenco, which launched his career and positioned him amongst the most elite flamenco artists of the world. He has created, choreographed, and directed over 15 works since the age of six, and is celebrated for his prodigious artistry, incredible personality, profound poetry, and captivating beauty. His performances are powerful, raw, true expressions of pure flamenco.

“A performer of near-superhuman technical prowess” (The New York Times), pianist Marc André Hamelin is known worldwide for his unrivaled blend of consummate musicianship and brilliant technique in the great works of the established repertoire, as well as for his intrepid exploration of the rarities of the 19th, 20th, and 21st centuries. In this concert on October 16, he will perform the world premiere of a new composition by Toronto composer John Oswald alongside works by Fauré, Dukas, and his own original composition.

The Emerson String Quartet was the first string quartet to play in Koerner Hall during the opening festival in 2009. It has maintained its status as one of the world’s premier chamber music ensembles for more than four decades, making more than 30 acclaimed recordings, winning nine Grammy and three Gramophone Awards, winning the Avery Fisher Prize, and being named Musical America’s “Ensemble of the Year.” They have worked with some of today’s most esteemed composers to premiere new works, and have partnered with soloists such as Renée Fleming, Barbara Hannigan, Evgeny Kissin, Emanuel Ax, and Yefim Bronfman, to name a few. Now the ensemble is making is farewell tour with a stop in Koerner Hall on October 2, with a program of Mendelssohn, Brahms, and Dvořák.

Universally hailed as one of the world’s finest musicians and “one of the greatest violinists in the world” by Classic FM, Grammy Award winner Maxim Vengerov is a violinist, violist, and conductor. Since he returned to the violin in 2011, he has performed with many major orchestras, including the Berlin Philharmonic, London Symphony Orchestra, and Chicago Symphony Orchestra. In his Koerner Hall debut on October 22, he performs a program of works by Bach, Beethoven, Shostakovich, and Tchaikovsky.

Philippe Jaroussky has established himself as the most admired countertenor of his generation, as
confirmed by his numerous French Victoires de la Musique awards and multiple Echo Klassik Awards. His technique allows him the most audacious nuances and impressive pyrotechnics. In his third return to Koerner Hall on October 29, the world’s reigning countertenor performs works by Vivaldi and Handel with Ensemble Artaserse.

Artistic Director of the Orchestre de Chambre de Lausanne, Joshua Weilerstein, who has been called “a born communicator” by Le Temps, makes is first appearance conducting the RCO on October 7 in a program of Dinuk Wijeratne’s Pop Songs on Antique Poems, Brahms’s Symphony No. 4, and Shostakovich’s Violin Concerto No. 1 with soloist Yu Kai Sun.

Irish pianist and pedagogue, and former director of the Royal Irish Academy of Music, John O’Conor
“represents a vanishing tradition that favors inner expression and atmosphere over showmanship and
bravura” acccording to the Chicago Tribune. Singled out for his “exquisite playing” by The New York Times and “unbounding sensitivity” by Gramophone, he performs the final three piano sonatas by Beethoven, considered the pinnacle of his works, on September 25.

Power couple of Hungarian music scene, violinist husband Barnabás Kelemen and violist wife Katalin Kokas, have teamed up with Greek violinist Jonian Ilias Kadesha and English cellist Vashti Hunter, to form the new configuration of the Kelemen Quartet. Founded in Budapest in 2010, the ensemble’s international acclaim was enhanced in 2011 when they received three prizes at the Melbourne International Chamber Music Competition. They also received the first prize at the Beijing International Music Competition in 2011 and at the International Sándor Végh String Quartet Competition in Budapest in 2012. On October 27, the Quartet performs Bartók’s Quartet No. 4 and leads a chamber orchestra of GGS and Taylor Academy students.

Top Canadian songwriters come together with host Blair Packham to perform their music and tell us about the inspiration, the songwriting process, and the stories behind the songs in the popular SongBird North series. The artists for the first installment on October 8 will include velours, an alternative pop singer/songwriter currently nominated for Pop Artist of the Year at the Western Canadian Music Awards 2022, and Charlotte-Ann, bandleader/vocalist/trombonist with a neo-Dixieland band called Charlotte McAfeeBrunner and the Fireflies.

To purchase tickets to any of these concerts visit: www.rcmusic.com