The McCord Museum on Sherbrooke Street is the home for the massive Notman photographic collection, which includes 1.3 million images, including 200,000 glass negative plates. Ever since receiving the Notman Photographic Archives in 1956, the photographer’s work has been a cornerstone of the museum’s archival collection. Curator Hélène Samson has prepared an outstanding exhibition of the Notman archives that enable visitors to see different facets of Notman; the photographer as an artist, as an astute businessman and marketer, and as a networker.

The exhibition will be part of Montreal’s 375th and Canada’s 150th Anniversary Celebrations. The McCord’s President, Suzanne Sauvage noted; “From 1860 to 1900, this talented artist stood apart through his documentation of the birth of Canada as a nation and the history of Montreal, which at the time was playing a pivotal role in the development of the country. Our goal is to pay tribute to him during this period of celebration and also by publishing a catalogue of his works.” 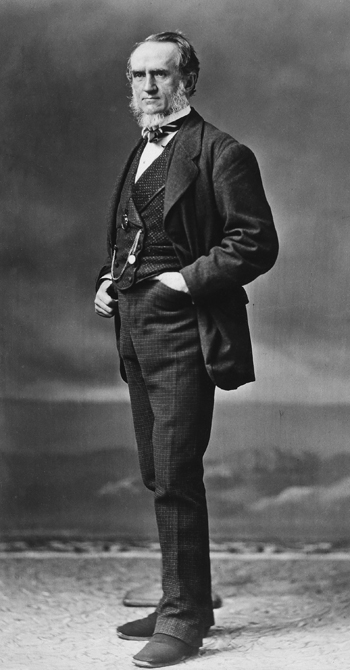 William Notman was a brilliant photographer and as astute businessman

Notman was 30 when immigrated to Canada from Scotland, after the family’s haberdashery business experienced financial difficulties. Accompanied by his wife and children, he recognized the importance of establishing a network of successful and influential business leaders. Alexander Ramsay, a businessman and a fellow Scott opened his home to Notman and introduced him to his network of successful entrepreneurs, including William Dawson. He also became a good friend of Bishop Francis Fulford and established the Art Association of Montreal, because Notman considered photography to be an art form.

Notman opened his photo studio in Place D’Armes, and he earned commissions to photograph Montreal’s affluent citizens. Through his social connections, he won the contract to photograph the construction of the Victoria Bridge, considered to be an engineering marvel during its construction from 1858 to 1859. The recognition from this project was a major boost to Notman’s career.  He would move his studio uptown to Philips Square in 1892.

Notman was an adept marketer, and he used a series of extra large glass negatives to produce 33 x 52 cm photographs of the bridge’s final construction. He used a stereographic photo process to produce 3D photos of cities and natural attractions in what is now Southern Quebec and Ontario. He packaged them in unique maple box, which was presented to The Prince of Wales when he attended the opening of the bridge in 1860. Queen Victoria was very pleased with his gift; and Notman then promoted himself as Photographer to the Queen. The maple box and several photos from the collection are part of the exhibit. The exhibit also includes items such a pay ledger and another book listing all of Notman’s clients and their purchases.

Notman encouraged his clients to use his studio as a meeting place. It was a large business, employing many photographers and assistants, of which one-third were women. Notman’s business grew when he franchised his procedures to more than twenty studios in Canada and the U.S. He regularly participated in international competitions and world fairs, further enhancing his and the studio’s reputation. 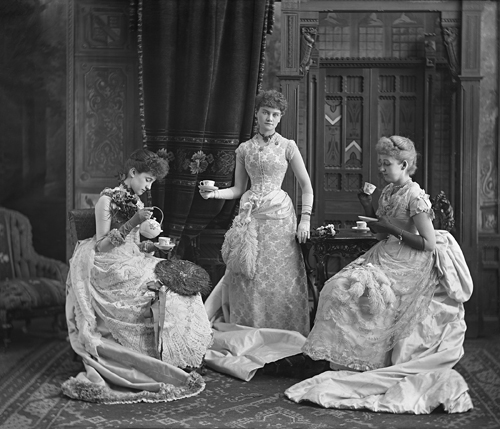 Notman established himself as the photographer of record for Montreal society

Art museums were rare at that time, and photography was a way of presenting paintings of the world’s great masterpieces. The current exhibit includes a large book published by Notman to showcase art masterpieces as well as photos of Montreal and other Canadian cities, titled Notman’s Photographic Selection.  The book was a huge success, generating a profit of 400 pounds sterling. That first book and subsequent editions enabled Notman to present photography as an Art form.

Several of the techniques developed and used by Notman were the beginnings of modern photography.  He painted photos of single cavalry mounted horsemen, and then mounted them individually to create a collage photo of an entire horse-guard.

It’s a fascinating exhibit, and visitors can see the extent of his creative thinking, inventing processes and procedures to make his photographs compelling. One such process involved painting photographs to create beautiful colour images. Like me, many of my fellow visitors were not aware that Notman was such an astute businessman and marketer.

Notman, A Visionary Photographer continues at The McCord Museum until March 26, 2017, before moving on to The Canadian Museum of History in Gatineau and then to the Glenbow Museum in Calgary. To parallel the Canadian theme of Notman’s work and the upcoming exhibitions in Gatineau and Calgary, VIA Rail is sponsoring a contest to offer a trip for two across Canada on The Canadian. Visitors can enter the contest at the museum.

The McCord Museum is located at 690 Shebrooke West. For information about opening hours, please call: 514-398-7100 or visit: www.mccord-museum.qc.ca