Trees are our indispensable companions in the urban landscape.

The Guided Tree Tours have become a standard attraction spring and fall at the Mount Royal Cemetery. “The Cemetery Trees in the Fall” will be led once again by Jerry Bull, experienced botanical guide, on September 27th at 10 am (September 26th at 10 am in French), leaving from the cemetery’s main entrance on Chemin de la Forêt.

Trees are our indispensable companions in the urban landscape, purifying the air we breathe, reducing the effect of urban heat islands, and comforting the soul. Autumn is a particularly good time to stroll among the many beautiful old trees in this veritable arboretum of more than a hundred different native and exotic species.  At this time of the year, they are preparing for the long winter with a blast of color.  Fruit have developed over the summer in a myriad of forms – berries, drupes, nuts, pods, capsules, samaras, arils, achenes – nurturing the seeds within them, and promising renewed life in the spring to come. 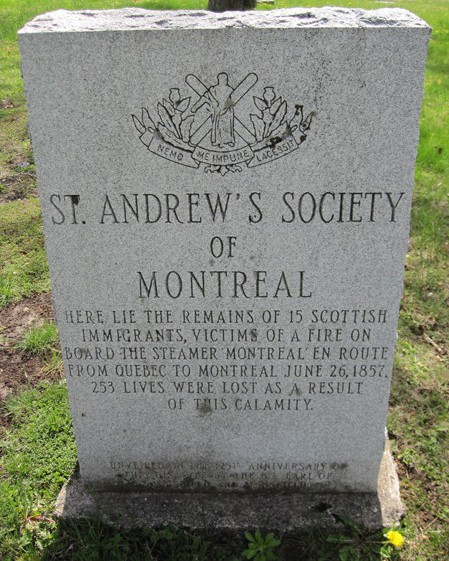 The Historical Walking Tour entitled “Historical Tragedies” will be held in English on Sunday, September 27th at 1 p.m. (September 26th at 1 p.m. in French)
This interesting and informative two hour tour is free to the public and begins at the Cemetery’s main entrance at 1 p.m. Join Myriam Cloutier, Director of Heritage Programs at Mount Royal Cemetery for this historical stroll which will talk about heroes and unfortunate victims of shipwrecks (Titanic, Lusitania, Empress of Ireland), train accidents, fires, wars and epidemics. There will be stops at monuments commemorating well-known personalities and other unknown civilians with anecdotes about their life stories. 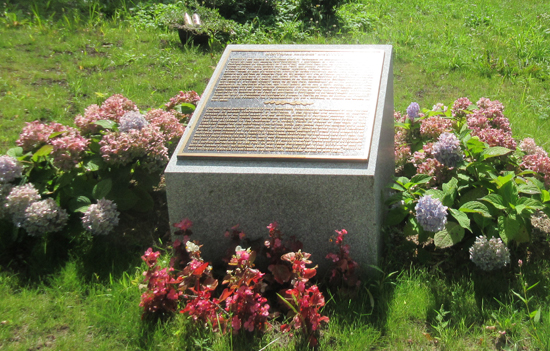 The organization of the Friends of the Mount Royal Cemetery installs commemorative plaques every year to commemorate important historical facts. Recently, a plaque was installed at the Montreal Sailors’ Institute Lot where more than 550 sailors have been buried since 1890. The Sailors’ Institute was a charitable organization established in 1862 for the welfare of seamen temporarily in Montreal. This care extended to the provision of a decent place of burial. Testifying to the hard life they led, the majority of the seamen buried in the lot died under the age of 45. A good number of the sailors came from Great Britain but some were residents of Montreal and others from a variety of countries. Many are commemorated on the three large obelisks in the lot and often the name of their ship and their occupation on board are mentioned. Montreal’s port was a very busy port in the 19th Century. The growing importance of the port of Montreal contributed to the city’s rapid rise to become Canada’s first metropolis.