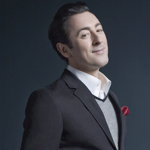 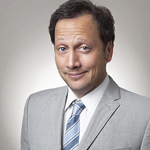 He’s got improv chops: In 1990 Lorne Michaels saw Schneider’s appearance on HBO’s “13th Annual Young Comedians Special” and hired him to be a regular on “Saturday Night Live.” During his four seasons at “SNL,” Schneider was nominated for three Emmys and a Peabody Award.
He’s a really good dude: Schneider is an active supporter of several charities. He founded “The Rob Schneider Music Foundation,” which helps provide music education for middle school and high school students 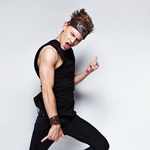 He’s a young gun of comedy: Appearing seemingly out of nowhere at the Melbourne International Comedy Festival in 2010 – Joel quickly became the talk of the town with his debut show ‘Slumber Party’ – ultimately earning him a nomination for the prestigious Best Newcomer Award; at just 19 years of age, Joel was one of the youngest ever nominees.
He knows politics: In 2011 Joel Creasey returned to the festival circuit with his show ‘Political Animal’ in which he turned his “clever-beyond-his-years” critical gaze toward politics, offering a step-by-step ‘Beginner’s Guide to Becoming Prime Minister’. 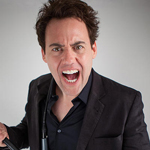 He’s quick & clever: Orny has become known as the “go to” guy when a celebrity needs a funny line. He has written jokes for Jay Leno, Garry Shandling, and many other top comedians. He has twice written for the Annual Emmys Broadcast.
He stands out: Orny was hailed a “Stand-out act” by the Hollywood Reporter after his performance in the Steve Martin Gala at Just for Laughs in 2010. 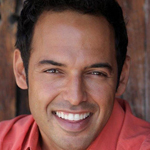 He’s on TV: Shaun is a Gemini award-winning actor/comedian who most recently played Andrew Palmer on the NBC/Global Television series The Firm, and in 2010 starred in the critically acclaimed drama series Detroit 1-8-7 on ABC. In addition to being a regular cast member on CBC’s This Hour Has 22 Minutes, Shaun starred in Robson Arms on CTV.
He’s in the spotlight: HBO’s feature documentary Every Word is Absolutely True followed Shaun as he embarked on his first national standup tour, garnering critical praise for its candid look beyond the public persona to reveal a more intimate and complex side. 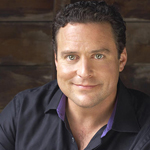 He has lots of credits: As well as appearing on the Tonight Show with Jay Leno, Mad TV, Comedy Central Presents, Seán writes for television and is a published and celebrated children’s author.  His voice can be heard as a monkey, a narwhal, a pig, and many others in several award-winning animated series.
He’s on the internet: Follow him on twitter as @mrseancullen or download his epic podcast TheSeanPod from iTunes. 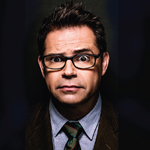 He’s been on TV: Dana has multiple HBO specials to his credit as well guest appearances on The Late Show with David Letterman, Late Night With Conan O’Brien, and Real Time with Bill Maher. He has also made memorable appearances on The Ben Stiller Show, Seinfeld, Working, Anger Management, Mob City, and Maron.
He’s special: In 2009, Dana recorded his one-hour special, Let Me Put My Thoughts In You, and in 2013 recorded his next special, I Know It’s Wrong. 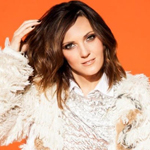 She’s a bestselling author: Jen Kirkman is a stand-up comedian and the author of the book, I Can Barely Take Care of Myself, which became an instant New York Times Bestseller in April 2013.
She’s a late-night regular: Jen has done stand up on many late night shows: The Tonight Show with Jay Leno, Conan, John Oliver’s New York Stand-Up Show and The Late Late Show With Craig Ferguson. 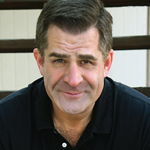 He’s been seen on TV: Todd has countless TV appearances under his belt, including some on some of the best comedies on television today including The Daily Show, Louie, Sarah Silverman Program, Tosh.0, , Conan O’Brien, and an impressive 13 appearances on Jimmy Kimmel Live
He’s toured with the best: Glass’ stand-up is top notch, garnering him a Comedy Central special and tours alongside Louie CK, David Spade, Jim Gaffigan, Sarah Silverman and more.