Golf in this Southeast Asia country is worth the trip half way around the world.

I had hardly begun my Asian golf odyssey when I was told something worth pondering. One of the head employees at the Siam Country Club at the coastal city of Pataya quickly put things in perspective. “If you just want to play golf you have plenty of great courses in Canada but if you want to play golf in a special and unique environment; then Thailand is the place.” As my golf week unfolded it was clear he was absolutely right. 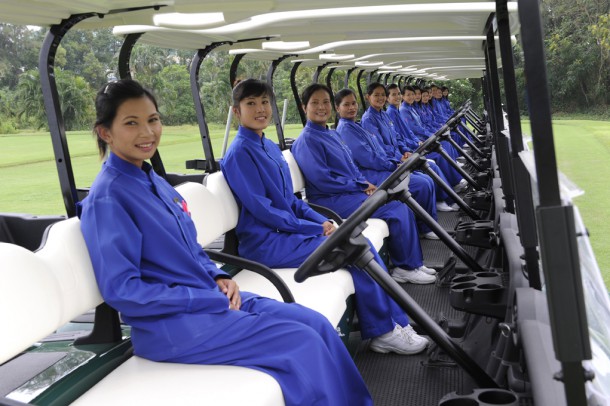 Female caddies are the norm at all Thai golf courses

The special experience begins with the caddies who are exclusively female at each and every course. It’s like having a personal valet that does everything for you. They quickly learn how far you hit the ball and become adept at handing you the appropriate club for the job. No thinking necessary since they know your skills and limitations better than you do. On the green they clean and mark the ball, suggest a line to the hole and once it’s in the cup, they pick it up, clean it and replace the flag. You can actually play a round of golf without ever bending over. Not surprisingly, the caddies are generally referred to as the secret weapon of Thai golf. They are usually young and dress in colourful pajama-type outfits to protect them from the intense Asian sun. Communicating is sometimes a bit of an issue but sign language works like a charm. 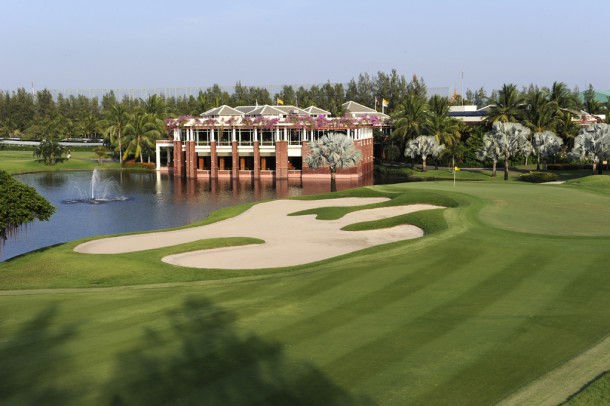 The 18th hole at the Siam Country Club Plantation

First chance to swing the sticks was at the Siam Country Club’s Plantation Course about 90 miles south of Bangkok. Situated on a former pineapple and tapioca plantation, it hosted the 2008 Honda LPGA tournament and since then has received rave reviews for its great layout and impeccable conditioning. This outstanding track features a hilly terrain with lots of water and Asia’s first triple green shaped like a clover.

To get limbered up for the first round and to get rid of any lingering jet lag, there was an indulgent two-hour traditional Thai massage that costs about CDN$12. Together, the golf, the caddies and the massage—now that’s what I travelled to Thailand for – and there was seven more days to look forward to.

About an hour north of Bangkok, the Lotus Valley Golf Resort gave me my second great taste of Thai golf. Originally designed by Gary Player and renovated a few years ago, the course features large greens, lakes, ponds and creeks, together with two long par-5s at nearly 600 yards apiece. The upscale clubhouse locker rooms are memorable with Japanese baths and attendants that are service-oriented to the max. Incidentally, the general manager at the Lotus Valley club is Derek Schade from Kelowna, British Columbia. 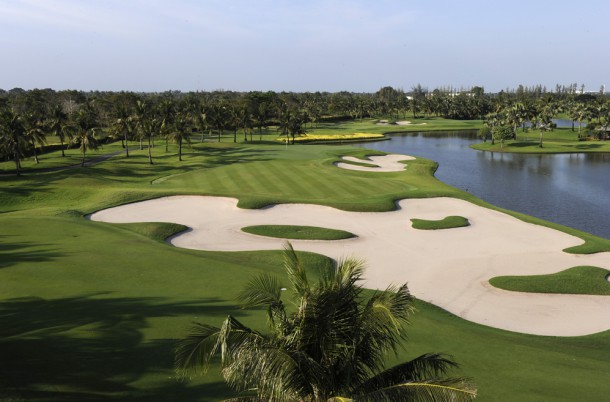 One hour west of Bangkok, the Suwan Golf Club is surrounded by fruit orchards, palm trees and rice fields. This is a hilly course that embodies ample challenge where several holes have significant elevation changes. Plenty of water comes into play and overall this is a track that requires serious strategic play, otherwise trouble will be found. Number 17 is the signature hole with a green surrounded on three sides by a gaping lily pond and the fourth side is tightly guarded by a bunker. It’s worth noting that on every course, including the Suwan Club, there are monkeys galore bent on stealing everything in golf carts that is not well concealed.

There are several excellent courses in the Bangkok area but even for die-hard golfers, almost nobody travels to this country once named Siam without seeing more than its inventory of golf courses. Furthermore, it’s the rare visitor who doesn’t spend a day or two in the Thai capital of Bangkok. It’s the largest city in the country, replete with golden domed temples, grand palaces, a host of cultural attractions and a world-renowned nightlife. It’s a bustling place with cars, trucks, bikes and scooters weaving and manoeuvering in what seems like mad orchestrated movement. It’s an amazing thing to see, and not on your life would I rent a car there. A must-see attraction is the Temple of the Reclining Buddha (Wat Pho) where there are more than 1,000 Buddha images including the 160-ft-long Reclining Buddha. The Temple is also a Buddhist monastery and a traditional Thai massage school.

Much time could be spent in Bangkok but the primary purpose of the trip is golf so onward and upward to the renowned town of Chiang Mai. Among the courses played in this part of the country known for some of the finest in Thailand is the Chiang Mai Highlands Golf & Spa Resort. This club opened in 2005 and shortly after was named the best new course in Asia by Asian Golf Monthly magazine. Flanked by a mountain skyline, this high elevation course features undulating greens, more than 100 large bunkers, strategically placed water hazards and stunning views from every hole. 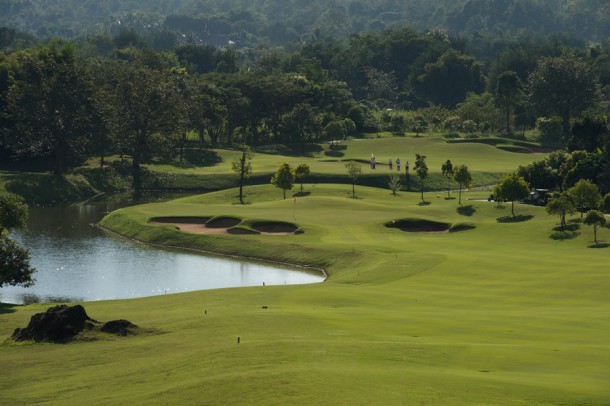 Beyond golf, there are two must-visit attractions in Chiang Mai. First is the Mae Sa Elephant Camp, a rescue and rehabilitation sanctuary for pachyderms where they perform for tourists but on a much higher level than your typical circus elephant shows. This park is dedicated to the care and preservation of elephants and the work being done there is well worth seeing. Second highlight is the temple of Chiang Mae (Wat Prathat Doi Suthep) a grand edifice that sits atop a mountain where it’s believed that praying and making a wish there promises success and a problem-free life. I prayed for a golf round in which I would break 80, but alas, it didn’t happen.

Thailand Information: Go to www.tourismthailand.org for everything there is to know about travel to Thailand.

Climate: A comfortable time to visit is November through February when daytime temps are around 28 Celsius; the hot dry season is March to May and the rainy season is May to October.