The Medea Effect was written by Quebecoise playwright Suzie Bastien and translated for Talisman Theatre by Nadine Desrochers. Directed by Emma Tibaldo, the gifted cast stars James Loye as Ugo and Jennifer Morehouse as Ada in this powerful piece stabbed with humour.

Ada and Hugo are souls lost in the emotional maelstrom of The Medea Effect. Both abandonees and abandoners—attached, inseparable, stuck in the viscosity of a seemingly unforgettable act. He is a director, she is an actress, this is a casting call. He is looking for Euripides’ Medea. She shows up to audition, dislocated, furious, and convinces him to listen to her story. The story of a woman who, sick with love, commits a monstrous act of forgetfulness. 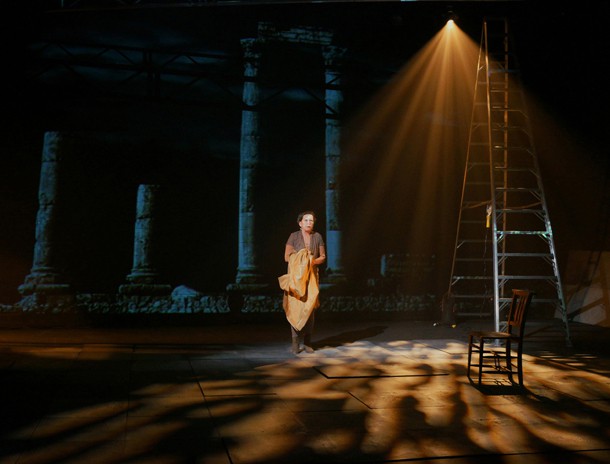 “The Medea Effect is a play that haunts you for a long time. It is a story of human frailty and capability,” says Talisman Theatre’s Artistic Director Lyne Paquette.