Recently I decided I needed a vacation! After three months of staring at my computer screens it was time to hit the road but where to go? With the borders closed (both the US and provincial) and flying seeming to be not an option, I looked at the map of Quebec and decided to “buy local”. I had heard of this place called the Reford Gardens/Les Jardins de Métis but had never been there so I packed up the car and fled. 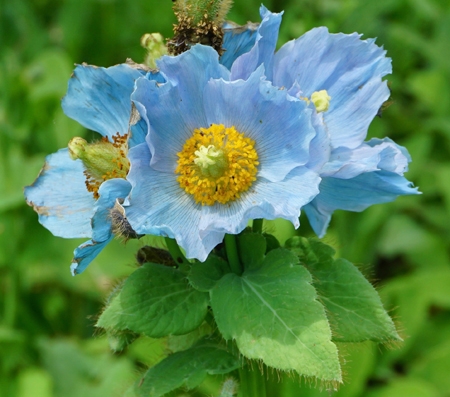 Located in the Lower Saint Lawrence region of Quebec, about three hours north east of Quebec City, the Grand-Métis municipality of Québec borders on the Gaspé Peninsula. While it is certainly a hike (total driving time from Montreal is approximately five and a half hours) it is worth every kilometer!

The Reford Gardens are steeped in history. Originally built as a grand fishing and hunting lodge by Lord Mount Stephen, one of the founders of the Canadian Pacific railroad, the estate that sits overlooking the Saint Lawrence and Mitis Rivers, was eventually given to Mount Stephen’s niece, Elsie Reford (1872-1976), a Montrealer, whom had been a summer regular at the estate. Reford was an avid outdoor enthusiast who enjoyed salmon fishing in the Mitis River among one of many of her outdoor endeavours. One year, following surgery, her doctor recommended that she give up strenuous activities and suggested she take up gardening. She never looked back! 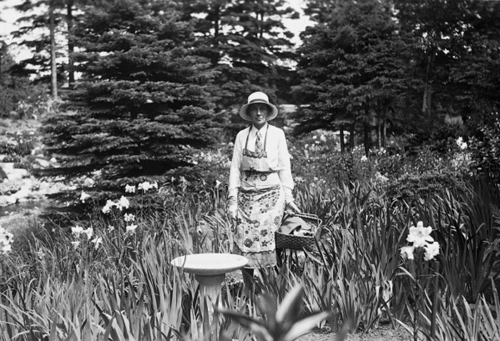 Built out a rough spruce-tree forest over a twenty year period with the help of local guides and labourers (eventually converted into gardeners), today, Reford’s legacy includes 3,000 species and plant varieties (including the famous Himalayan blue poppy), which are spread out over fifteen gardens.

In addition to visual and olfactory treats en masse, the gardens also feature some incredible local cuisine (probably the area’s best kept secret) in the form a café that sits at the entrance of the site. Here on the outdoor terrace surrounded by rustling trees, we enjoyed the world’s best grilled-cheese sandwich stuffed with caramelized onions as well as an incredible carrot soup finished with infused leek oil. Yum, yum yum! And don’t even get me going about the lemon tart decorated with an edible pansy to boot! 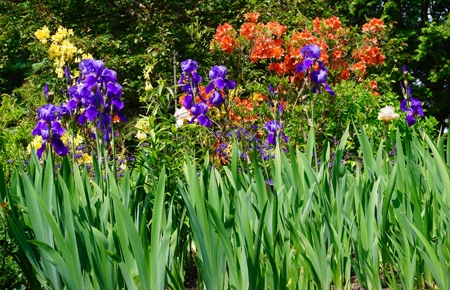 A palette of irises and lilies

Given it’s distance from Montreal, you are likely going to want to stay in the region for a night or two (or longer). Planning your lodging will be important as hotels have been filling up. In nearby Rimouski, there are a number of large hotels and motels to choose from. If you wish to stay closer to the Gardens, there is a motel in nearby Sainte-Flavie called Le Gaspésiana which also features a large restaurant with a quite expansive menu.

Further up the highway from the gardens is the village of Métis-sur-mer which is well worth a visit in itself and is where many Montreal families have “summered” since the 1870s. Here you can find the delightful Auberge du Grand Fleuve with a popular dining room offering fine cuisine. A number of Airbnb’s are also listed in the area.

So if you are hankering to get out of the house and looking for a place to set your GPS to, my personal suggestion is to head up the Saint Lawrence River and stop and smell the roses at the Reford Gardens/Les Jardins de Métis!

The Reford Gardens/Les Jardins de Métis are open daily until October 4, 2020.Tickets are available online by visiting their website at: https://jardinsdemetis.com/en/ 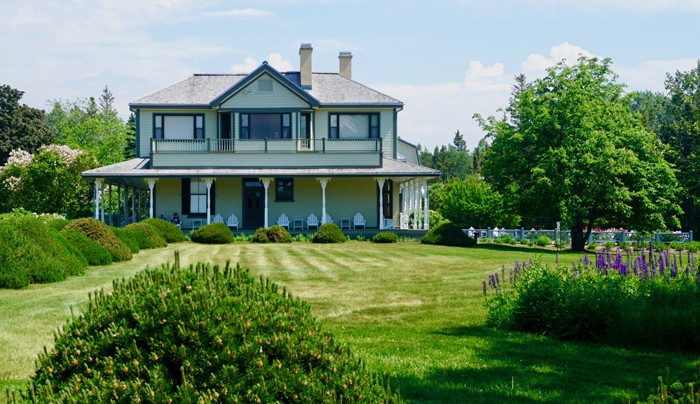