Here’s a test. When Daytona Beach, Florida is mentioned what are the first attractions that come to mind? I’m fairly confident golf will not be among them. Despite ongoing efforts to broaden its profile, the city has always been best known for its world famous Daytona International Speedway and its renowned 23-mile-long beach. Golf, as it turns out, is lumped in with the city’s other attractions when, in fact, it deserves to enjoy a larger reputation as one of the best, value-driven golf destinations in the Sunshine State. Moreover, “value” does not mean low-cost, second-rate courses. On the contrary, Daytona’s more than two dozen clubs range from championship layouts to interesting, well-maintained tracks offering plenty of challenge. To top it off, the vast majority of them play for $35 or under – including cart. 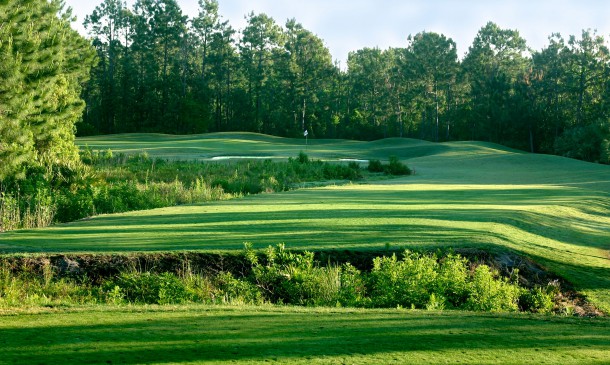 I’m not entirely unbiased since I’ve spent the past eight winters in Speed City and have played almost every course more than once including the two championship LPGA courses. (Daytona is the international headquarters for the Ladies Professional Golf Association). Both its Rees Jones-designed course and the sister layout crafted by Arthur Hills offer exceptional rounds of golf and play for under $75 which drop to as low as $40 depending on tee time and season. The layouts embody a true Florida topography of natural marsh areas and lakes together with undulating greens and extensive sand bunkers. If I could only play one of the courses, I would probably choose the Jones track but either way nothing is lost in quality.

While the LPGA courses are arguably the city’s ace in the hole, they are just the beginning. Right off the start, I became fascinated by the Riviera Golf Club that locals call “the Riv.” This is where the legendary Canadian golf savant, Moe Norman, once spent many winters hitting the links at this family owned club. His unconventional behaviour, unconventional swing and his deadly accuracy made him an everlasting star in the history of golf and he is widely regarded as one of the greatest ball strikers of all time. No other endorsement for the Riv is needed beyond the fact the inimitable Moe Norman thought it worthy. It’s also interesting to note that the Riv is the home course of PGA Professional, Matt Every, who posted his first ever PGA Tour win in March at the renowned Arnold Palmer Invitational in Orlando. 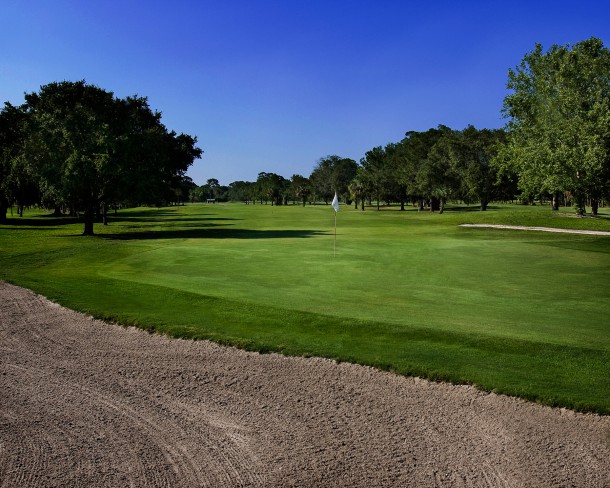 The Riviera Golf Club was a favourite of the legendary Moe Norman and today is the home course of PGA Professional Matt Every, who posted his first ever PGA Tour March win at the Arnold Palmer Invitational in Orlando

Variety is also a big part of the Daytona golf scene. The Crane Lakes Club, for instance, is all about water with 23 small lakes and an island green. While the course is not long, the strategy required here is accuracy, otherwise you can say hello to the wet stuff. Crane Lakes is also an ideal place to take a lesson with Head Professional, Rod Perry, the 2012 National PGA Player of the Year. Also on staff is Teresa Zamboni, recently named one of America’s top 50 women golf teachers.

Not far from Crane Lakes is Cypress Head, an entirely different course widely considered one of the area’s “must play” tracks. This Arthur Hills-designed layout is fair but challenging and is in excellent condition with generous fairways and undulating greens. The layout meanders over a Florida landscape of thick forests, wetlands and water. The front nine has unexpected back-to-back par 3’s and the back nine features two back-to-back par 5’s. Overall, this course is a joy to play and cannot be outdone in terms of its conditioning. 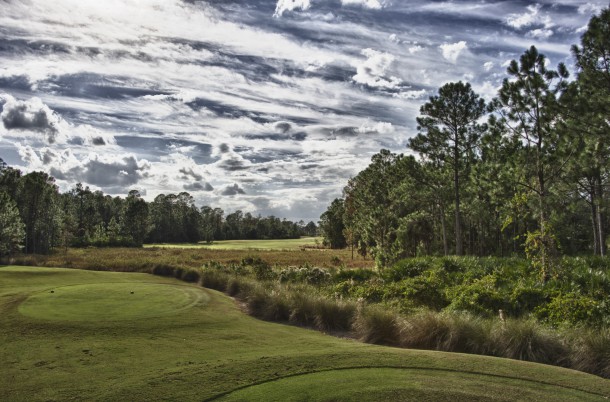 With so many good area courses to choose from, it’s hard to pick a personal favourite but I have to go with Victoria Hills, about 30 minutes west of Daytona. This Ron Garl-designed layout is a departure from Florida’s typically flat terrain with lots of rolling hills and elevation changes. The scenic course also features hundreds of ancient oak trees, Augusta pines and nests of strategically placed bunkers together with true putting greens, quality fairways and plenty of shot-making challenge. This is a risk and reward track that is pretty to look at and a delight to play.

In any golf destination it’s a mistake to overlook municipal courses since plenty of them are good value and embody interesting layouts. One of Daytona’s best examples is the city-operated Daytona Beach Golf Club where its two 18-hole courses are not only popular but also well crafted. The South Course is a characteristic Donald Ross-design with fairways lined with stands of oak and pine trees. The North Course is generally deemed to be the tougher challenge of the pair with more water, undulating greens and lots of forest to attract wayward balls.

Also on the “value” list is Spruce Creek, a championship course that shares the property with a 4,000-ft. airfield runway originally built during the Second World War as a military training site. Today it’s the most widely recognized fly-in and golf community in America. During almost any round it’s not unusual to spot a small plane descending over the course as it prepares for landing. Some people find the airplanes a distraction but most simply enjoy the uniqueness of the club. In addition to the planes, the course is largely defined by relatively tight fairways, water hazards and strategically placed bunkers.

The list of excellent Daytona area courses goes on and on: Venetian Bay, Indigo Lakes, Pelican Bay, River Bend and others. Golfers who discover the destination are often blown away by what is found: an exceptional roster of courses that offers both diversity and value. What’s lacking is an intense marketing strategy to spread the word. As the old saying goes, “if you’ve got it, flaunt it.”