A perennial favourite returns to usher in the New Year, with a new concert and new memories

Salute to Vienna has become a favourite tradition for thousands of Montrealers who gather at Salle Wilfrid Pelletier on New Year’s Day to welcome the New Year. The concert rounds off the holiday season on a high note with its famous simultaneous concert series modeled after Vienna’s Neujahrskonzert, also celebrating 19 years of New Year’s tradition at Place des Arts, on January 1st 2014. It’s a day to dress up and celebrate the New Year with friends and family.

Salute to Vienna is a joyous and festive concert performed by the Montreal’s Strauss Symphonic Orchestra directed by the Viennese conductor Klaus Arp, and guest singers Polish soprano Katarzyna Dondalska and Québec tenor Antoine Bélanger. The concert program includes waltzes, czardas and polkas by Johann Strauss Jr. and his contemporaries. The performance will also feature dancers from the National Ballet of Hungary as well as International Champion Ballroom Dancers.

Hosting more than 20 live performances across Canada and the United States, and with a brilliant cast of over 75 musicians, singers, and dancers in each city, Salute to Vienna features a vibrant new program every year. From New-York to Miami, Vancouver to Quebec, nearly 50,000 people will attend the New Year’s Day program of music, dance and beautiful Viennese tunes.

Salute to Vienna has become a tradition across North America, and like a glass of Champagne, it celebrates the hope and opportunity of the year ahead! 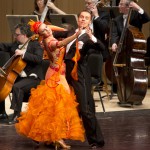 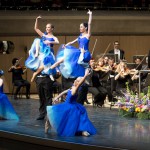 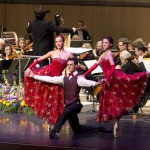