Manhattan is a very long way from Saint-Pierre de Chandieu, a smallish French village on the outskirts of Lyons. It’s an even farther mindset from the hustle and bustle of the highly competitive restaurant business in New York City where Daniel Boulud has seven high-end restaurants and maintains the head office of his international restaurant business, The Dinex Group. Always moving forward, Daniel’s journey in life is based on fine food and an exquisite dining experience. His talent and personal drive have made him a very successful man. But every Sunday for the past 30 years, the Boulud family in that French village receives a call from the son and brother who lives in a different world. “I am totally linked to my past, to my family.”

Recognized as one of the world’s foremost chefs, Daniel Boulud is also an award-winning restaurateur; owning restaurants in Montreal, Toronto, Palm Beach, Miami, Singapore, Beijing, in addition to his New York City collection. He is the proud owner of Maison Boulud in Montreal’s Ritz-Carlton Hotel, where we had our conversation in the elegant 24-seat private dining room.

At fifteen, Daniel was a finalist in France’s competition for Best Culinary Apprentice, and he went on to work with famous French chefs such as Roger Vergé, Georges Blanc and Michel Guérard. “I had to prove that I could cook,” seems like an understatement now – but he did have to learn.

It was Daniel’s sense of adventure that brought him to the US. “My excitement for adventure and travel took me to New York.” He opened The Polo Lounge in The Westbury Hotel and then Le Régence in the Hotel Plaza Athenée before signing on as the Executive Chef at Le Cirque, where he worked from 1986 to 1992 and received the James Beard Award for Best Chef of New York City in 1992. “I had always wanted to own my own place – but simply didn’t have enough money for that kind of investment.” However, the Best Chef in New York drew the attention of investors, and Daniel was on the cusp of realizing his dream to own his own restaurant.

In 1993, Daniel Boulud opened Daniel in Manhattan’s exclusive Upper East Side. Daniel is unabashedly high end and catering to an affluent clientele. A clientele that has high expectations on the quality the food, ambience and their entire dining experience. With a wry smile, Daniel confides: “Once you make your dream come true – then you have to work hard to make it stay. Commitment to excellence is a lifelong undertaking – in everything you do. Luck doesn’t come by itself – you need to work hard to be lucky.”

Daniel moved his flagship restaurant to Park Avenue and 65th in 1998, the same location that used to house Le Cirque. He converted the original location and re-launched it as Café Boulud. With customers assured of high quality food, service and ambiance, Daniel’s name had evolved into a brand that was associated with sophistication and élan. Trading on his hard-earned reputation, in 2001 Daniel opened db Bistro Moderne, a more casual restaurant in the Manhattan theatre district – not too far from the historic Algonquin Hotel. “I like eating there myself,” he says with a grin, “sometimes you need a change of pace from our more formal restaurants.” 2003 saw another Café Boulud open in Palm Beach; and a Daniel Boulud Brasserie opened in 2005 in the Wynn Las Vegas. Bar Boulud opened across the street from Lincoln Centre in New York. In 2008 he opened Maison Boulud in Beijing, and also expanded to Vancouver that same year. In 2011 Daniel and his partners closed the Vancouver restaurants, but opened a db Bistro Moderne in Singapore. He also opened the Mediterranean themed Boulud Sud across from Bar Boulud at the Lincoln Center. Café Boulud opened in Toronto’s Four Seasons in 2012, and Maison Boulud in the Ritz-Carlton in Montreal.

“When we open in a city like Montreal, we build good relationships with our suppliers, and try our best to find local ingredients. We also work with the cooking schools – to help develop future chefs.”
“I have many very good people who work in our company. Like Riccardo Bertolino, our chef here in Montreal. Let’s face it – I couldn’t so all this by myself.” True – but talent attracts talent, and Daniel has attracted top chefs and management. Holding up his iphone he remarks; “We are always able to stay in touch with our staff – and they with me.” Daniel provides some numbers; “We employ 750 people in New York, as part of our total of 1,300 employees in our restaurants around the world.”

Perhaps describing the enormous scope of his business affects him as he finishes his sentence. For a moment time stands still… Daniel pauses, looks down at his hands and then back up at me… “I’ve been very blessed.” There it was – as simple as that. The world’s most successful chef revealed the decency that attracts others to him – to build their careers with the man who has called his family in France every Sunday for the past 30 years.

Sunday is Daniel’s one day off per week. He lives in an apartment above his namesake restaurant in Manhattan. After having a coffee and reading Le Figaro purchased at a nearby newsstand, he’ll call his family in France at 10am.

“Its six hours later in France, and they are usually still at the lunch table at 4pm. We still have the farm where I grew up – but we’ve fixed it up and it’s a great place for family holidays. My parents and three of my four siblings live very close to each other in the village. My father still cures his own hams and bakes his own bread once a week.”
“I still like to travel, so having all these restaurants around the world gives me a chance to enjoy my hobby and business at the same time. At this time of my life, I want to enjoy the beauty of our business.” 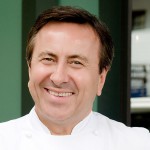 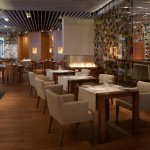 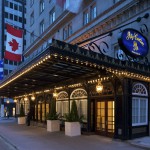