For many months Wales has been gearing up for 2014, a year that will be punctuated by a host of events and celebrations to mark the 100th anniversary of the birth of Dylan Thomas, the country’s most famous poet. During the year-long affair, thousands of Thomas fans from around the globe are expected to visit and explore this small country on the southwest coast of Britain whose shoreline is washed by both the Atlantic Ocean and the Irish Sea. Moreover, there is plenty to explore; hundreds of ancient castles, charming towns and villages, medieval architecture, pubs galore, a largely mountainous landscape and a host of interesting historic sites.

THE YEAR OF DYLAN THOMAS

It’s difficult to imagine a more complex and gifted man than Dylan Thomas. Long after his death some 60 years ago, his body of work (poetry, short stories, stage plays) continues to be regarded among the best there ever was. His personal life is almost as legendary as the magical words he put to paper. His frequent bouts of drunkenness, philandering, adultery and often bizarre behavior are well documented, yet he penned some of the most famous literary pieces ever written (Under Milk Wood, A Child’s Christmas in Wales, Fern Hill and the poem, Do not go gentle into that good night). When he wasn’t writing, Thomas never met a pub he didn’t like yet his alcohol consumption failed to stifle the remarkable talent of this genius wordsmith. Ironically, he once stated, “an alcoholic is someone you don’t like who drinks as much as you.”

Born in the waterfront town of Swansea in South Wales in 1914, this will be the hub for many of the centenary events. The Thomas festival—whose Royal Patron is HRH the Prince of Wales—will include special readings, opera, plays, exhibitions and walking tours, all related to the life and works of the man who tragically died far too young at the age of 39. Dedicated fans will want to tour the Swansea home where Thomas was born and lived for the first 23 years of his life. Another not to be missed site is the Dylan Thomas Centre where a brilliant exhibition details his life and work. A full listing of the anniversary events can be found online at www.dylanthomas100.org.

Another important festival site is the town of Laugharne where he spent the last four years of his life along with his wife Caitlin with whom he had a complicated and tumultuous relationship. Here, the couple and their three children lived in a converted boathouse/home with a magnificent view overlooking an estuary of the River Taf. Also on the property is the bard’s famous writing shed where he wrote some of his best known works. The boathouse and shed can be visited by the public and there are guided walks of the town featuring notable places associated with Thomas and his writing. Among them is Browns Hotel whose pub was one of the writer’s favourite and frequent haunts.

The National Library of Wales at the historic West Coast market town of Aberystwyth is likewise geared up for the Thomas festival. This is the country’s primary repository for books, maps, manuscripts, art and other resources related to Wales. Not surprisingly, the Library will feature a major exhibition beginning in June that will include the writer’s iconic notebooks containing early poems, extensive personal letters and other memorabilia. A large part of this collection that has never been publicly shown in Wales is on loan from the University of Buffalo, N.Y.

No definitive cause for Thomas’ death has ever been determined. When he collapsed and died while on a lecture tour in the United States he had apparently spent the evening drinking heavily in the White Horse Pub in New York. At some point, he announced, “I’ve had 18 straight whiskies, I think that’s the record.” Later the same evening, feeling unwell, he summoned a doctor to his hotel room before slipping into a coma from which he never recovered. Over the years, there has been considerable controversy as to whether Thomas actually drank himself to death or were there other physical factors at play. The bottom line, however, is that a brilliant writer, sometimes plagued by demons, was sadly lost to the world on Nov. 9, 1953.

Dylan Marlais Thomas is buried in the graveyard of St. Martin’s Church, Laugharne. Standing out among a sea of gray stones, his burial place is starkly marked by a plain white cross.

THINGS TO SEE AND DO BEYOND THE FESTIVAL

Wales is also the birthplace of the late, award-winning actor, Richard Burton. Fans of the movie legend can follow two walking trails, his Birthplace Trail and Childhood Trail around the Welsh towns of Pontrhydyfen and Taiback. See www.visitnpt.co.uk

With at least 175 golf courses, Wales has a great repertoire to choose from including famous name tracks such as the Celtic Manor Resort where the 2010 Ryder Cup was held.
Visit the charming old town of Hay-on-Wye, popularly known as “the book town.” With a bookstore around every corner, many of them specializing in second-hand books, the town is billed as the book capital of the world. See www.hay-on-wye.com.

Drive some or all of the 870-mile Welsh coast to take in some of the best scenery in the United Kingdom.
Plan a visit to the Welsh capital of Cardiff, the most popular tourism destination in the country. The city has oodles of pubs, Cardiff Castle, the National Museum, historic architecture, nighttime entertainment, eclectic dining and good shopping.

Visit some of the country’s 641 castles. While some are in ruins, others such as the medieval Powis Castle and Penrhyn Castle are well maintained and open for public touring.

-Air Canada offers regular, non-stop flights from Toronto to London’s Heathrow Airport. From London there is regular train service to Cardiff, Swansea and beyond. Alternatively, driving from London to Swansea takes about 2.5 hours. 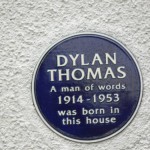 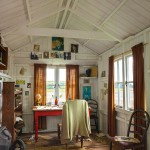 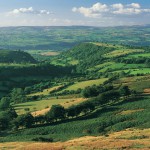 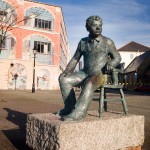 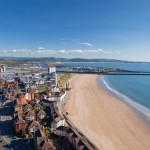 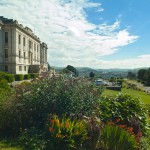 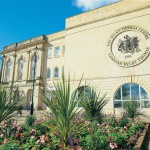