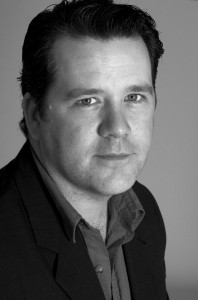 Working together to make the world a better place – a timely theme for Geordie’s next play.

Geordie Productions has been presenting live English theatre for family audiences since 1980. They continue to stay in touch with the pulse of what’s happening in the world around us and attempt to open the eyes, hearts and minds of young people and their families. Their work inspires dialogue between children and parents as well as teachers and students. The second Mainstage production in their 32nd season is in keeping with their chosen theme this year; the need to share. The thought-provoking Head à Tête by David S. Craig and Robert Morgan is directed by the multitalented Alain Goulem and stars two great Montreal actors Joe DePaul and Michel Perron.

Recommended for ages 4 and up, Head à Tête is set in a future world where people are left alone to fight for their survival. One day, two strangers who speak different languages- one French one English- meet and find shelter together beside a tree that has magically produced some fruit. They need to try and find a way to communicate and find a way to share. It’s a beautiful play with something for everyone.

Artistic Director Dean Patrick Fleming is happy to bring this show to the mainstage this year and expand on the topic of sharing that began with Robin Hood earlier this season. “I think we have to figure out how to work together to make this world we live in a better place. I hope this play gives us a few hints about how to do that,” says Fleming.

“I love this play because it’s funny, scary, sad, hopeful and beautiful. It is very human. Children and adults will see part of themselves in these two characters. They are two people trying to survive, they’re scared, they are alone and they have needs.” Continues Fleming; “I am so excited to have Joe DePaul and Michel Perron together in this show. They are two of my very favorite performers and two of Montreal’s very best and funniest actors.”

Fleming’s excitement for his team is not surprising when you look at their body of work. Goulem, has worked in theatre and film for over 30 years, was twice nominated for a Gemini award for his work on the CBC comedy “The Tournament”, for which he won the 2006 Montreal ACTRA Award for Best Performance in Film or TV. Michel Perron, also a 30-year veteran and an award-winning versatile character actor, brings his usual humor and passion having appeared in over 40 stage productions, 55 films and 10 television series. Joe DePaul made his clown debut in Cirque du Soleil’s “Dralion“ in 1999 and has toured North America with critical success. Since that time, Joe’s delightful character has toured all over Europe. He has performed in Cirque du Soleil’s “O“ in Las Vegas as well as aiding in the creation of clown routines with the Cirque’s “KA“, Las Vegas. He recently toured with Cirque Zanzibar and has performed and directed at Teatro Zinzanni.