In Montreal when someone yells; “Hey, Grandpa” or “Hé, Le Vieux” the comment is rarely conveyed as a compliment. Age is considered at best an inconvenience and often a downright deficiency. Many grey haired Montrealers dye their hair in the same spirit as others undertake aesthetic surgery to level facial wrinkles or lift this or that part of the anatomy.

In Thailand, as elsewhere in Asia, age draws respect and status. In these rather hierarchical societies, where face, social status and relationships are so important; several components enter into establishing one’s level in the hierarchy. Of course the factors include education, family name and wealth. Age and white hair are also definitely factors in elevating status level!

When Thais speak to a person whose status level on the hierarchical scale is higher than their own, they respectfully and politely use the title “PI” before that person’s name. When addressing a person lower than oneself on the scale the title used would be “NONG”.

Age is so important that there’s no general word for brother or sister! The only terms are “Pi – Chai” or “Nong Chai” meaning “older brother” or “younger brother” and “Pi-Sao” or “ Nong –Sao” being older and younger sister.

Age is so important that when twins are born, even only a few minutes apart, the first one born will always be addressed as “PI” by his younger brother or sister.

In Thailand when someone refers to “That old man” you don’t have to feel insulted.

Every country has customs which a visitor is expected to respect. In Thailand, that includes removing one’s shoes when entering someone’s home, or upon entering a temple. Of course it includes respect for the King, the monarchy and all religions.

The visitor who respects Thai customs will find that people are glad that he’s visiting Thailand and will try to make his stay pleasant. Never having been colonized the Thais were never obliged to learn the colonialist’s language. The result is that many have a very limited command of any foreign language. As long as you’re in a tourist zone you won’t have any problems, but if you want to get off the beaten track it’s best to learn some Thai. Buy “Robertson’s Phrase Book” for easy progress.

Krabi town is inland. The beach area is about 25 km north-west and is called Ao Nang. That’s where most foreigners (tourists, expats and retirees) congregate. Most of the hotels, restaurants, shops, etc are here.

A very wise provincial governor has forbidden the use of motorized water sports and therefore swimmers, surfers and snorkelers are not endangered by buzzing jet skis, para-gliders, banana boats, etc. The 3 km long sandy beach is clean and, since hawkers and touts are not allowed on the beach, you can tan and swim without being hassled.

Canadian tourists get a 30 day visa on arrival in Thailand. For longer stays the retired should get a longer term visa from the very friendly Thai consulate in Montreal (1100 Boul. Rene Levesque West, Tel: 514-878-4466)

There’s a government hospital in Krabi town. Fortunately, a large private hospital is about to open. There are several specialists with clinics in Krabi and /or Ao Nang. Cost of an examination: about $5.

My wife had an eye infection – treated by an ophthalmologist. Cost: $10.
Naproxen pills 500 mg cost 10 cents!

I needed a large crown and was told that in Montreal it would cost me about $2000. Krabi’s best known (and probably most expensive) dentist did a splendid (80% gold) job for $500.

I was a cross-country ski maniac and I used to ski every weekend from December to April. Due to world warming, for the last decade there’s rarely been enough snow for regular cross country skiing so I’m going to be in Krabi for the winter! 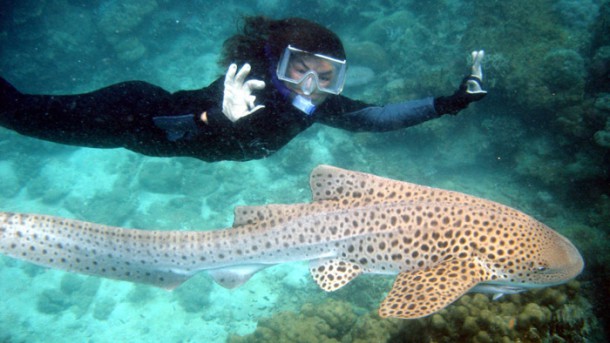 I’ve checked flights to Bangkok numerous times. Montreal being exactly the antipodes of Bangkok (12 hour time difference) whether you fly west via the Pacific or east via the Atlantic the distance is the same.

Flying via the Pacific (usually on United Airlines) costs about $1300. The best places to buy are the travel agencies in Chinatown. United’s onboard service isn’t the world’s best and you have all the delays and hassle of U.S. immigration, customs and security to deal with both in Montreal and at the Los Angeles transfer point.

Flying east via Atlantic: by far the most convenient and least expensive way is an Air Canada flight to Frankfurt and then Egyptair via Cairo to Bangkok. Cost about $1500.

Like Air Canada, Egyptair is a member of the Star Alliance group. It’s a friendly airline and the service (both on Air Canada and Egyptair) is a lot better than United Airlines.