This year’s theme is all about movie soundtracks and is titled: “Jailhouse Submarine – Music From the Movies.”

Craig Morrison and the Momentz has established a solid following with their annual rock ‘n’ roll themed concerts at Concordia’s Oscar Peterson Concert Hall. The nucleus of the band consists of Craig’s band Vintage Wine; which performs monthly at the legendary (and somewhat funky) Wheel Club in NDG. This year’s Annual Roots of Rock and Roll Concert will be presented at the Oscar Peterson Concert Hall on February 8 and 9 (Friday and Saturday)

Each year, the concert tackles a different musical theme, ranging from tributes to Bob Dylan and Buddy Holly to the British Invasion and Soul and Motown. This year’s theme is all about movie soundtracks and is titled: “Jailhouse Submarine – Music From the Movies.” 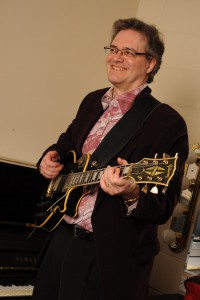 The performance will showcase the evolution of pop and rock and roll on the silver screen. Expect to hear songs from Elvis Presley and Beatles movies as well as unforgettable soundtrack moments from Grease, American Graffiti, Easy Rider, The Graduate, Hair, plus classics from The Jazz Singer (the first movie with sound, 1927), Casablanca, The Wizard of Oz, and many other films.

Oscar Peterson Concert Hall at Concordia’s Loyola campus in NDG, 7141 Sherbrooke West.
February 8 and 9 at 8 pm. Please note that the concert has consistently sold out in recent years, even when it went from one night to two.
It is strongly recommended to purchase tickets in advance.